The upper class has a higher propensity for unethical behavior, being more likely to believe—as did Gordon Gekko in the movie “Wall Street”—that “greed is good,” according to a new study from the University of California, Berkeley.

In seven separate studies conducted on the UC Berkeley campus, in the San Francisco Bay Area and nationwide, UC Berkeley researchers consistently found that upper-class participants were more likely to lie and cheat when gambling or negotiating; cut people off when driving, and endorse unethical behavior in the workplace.

“The increased unethical tendencies of upper-class individuals are driven, in part, by their more favorable attitudes toward greed,” said Paul Piff, a doctoral student in psychology at UC Berkeley and lead author of the paper published on Feb. 27 in the journal Proceedings of the National Academy of Sciences. 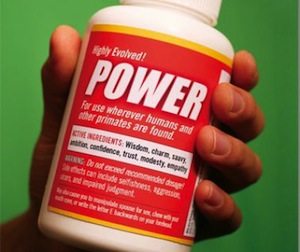 Piff’s study is the latest in a series of UC Berkeley scholarly investigations into the relationship between socio-economic class and prosocial and antisocial emotions and behaviors, revealing new information about class differences during a time of rising economic tension.

“As these issues come to the fore, our research – and that by others – helps shed light on the role of inequality in shaping patterns of ethical conduct and selfish behavior, and points to certain ways in which these patterns might also be changed,” Piff said.

To investigate how class relates to ethical conduct, the researchers surveyed the ethical tendencies of more than 1,000 individuals of lower-, middle- and upper-class backgrounds. Volunteers reported their social class using the MacArthur Scale of Subjective Socioeconomic Status and filled out surveys revealing their attitudes about unprincipled behaviors and greed. They also took part in tasks designed to measure their actual unethical behavior.

In two field studies on driving behavior, upper-class motorists were found to be four times more likely than the other drivers to cut off other vehicles at a busy four-way intersection and three times more likely to cut off a pedestrian waiting to enter a crosswalk. Another study found that upper-class participants presented with scenarios of unscrupulous behavior were more likely than the individuals in the other socio-economic classes to report replicating this type of behavior themselves.

Participants in the fourth study were assigned tasks in a laboratory where a jar of candy, reserved for visiting children, was on hand, and were invited to take a candy or two. Upper-class participants helped themselves to twice as much candy as did their counterparts in other classes.

In the fifth study, participants each were assigned the role of an employer negotiating a salary with a job candidate seeking long-term employment. Among other things, they were told that the job would soon be eliminated, and that they were free to convey that information to the candidate. Upper-class participants were more likely to deceive job candidates by withholding this information, the study found.

In the sixth study, participants played a computerized dice game, with each player getting five rolls of the dice and then reporting his or her scores. The player with the highest score would receive a cash prize. The players did not know that the game was rigged so that each player would receive no more than 12 points for the five rolls. Upper-class participants were more likely to report higher scores than would be possible, indicating a higher rate of cheating, according to the study.

The last study found attitudes about greed to be the most significant predictor of unethical behavior. Participants were primed to think about the advantages of greed and then presented with bad behavior-in-the-workplace scenarios, such as stealing cash, accepting bribes, and overcharging customers. It turned out that even those participants not in the upper class were just as likely to report a willingness to engage in unethical behavior as the upper-class cohort once they had been primed to see the benefits of greed, researchers said.

“These findings have very clear implications for how increased wealth and status in society shapes patterns of ethical behavior, and suggest that the different social values among the haves and the have-nots help drive these tendencies,” Piff said of the cumulative findings.

Other coauthors of the study are Greater Good Science Center Faculty Director Dacher Keltner and Faculty Board member Rodolfo Mendoza-Denton, as well as Daniel Stancato and Stéphane Côté of the University of Toronto. The research was funded in part by the National Science Foundation.