In the fall of 1979, Yalda Modabber had just moved from Iran back to her birthplace in Boston. Her timing was bad: Just weeks later, a group of armed Iranians took more than 60 U.S. citizens hostage at the U.S. Embassy in Iran. As a result, her fellow students bullied her ruthlessly. 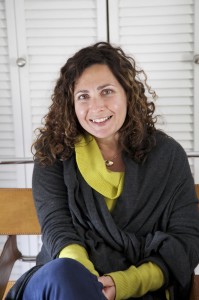 “It was nonstop for two years,” says Modabber, who has dark curly black hair and a warm smile. “That period in my life was so hard that I blocked it out. I don’t even remember my teachers’ names. The entire class turned on me.”

Modabber is now the principal and founder of Golestan Education, a Persian-language preschool and after-school program in Berkeley, California that collaborates with other local schools on cultural education, where my son will be going to preschool next year. In a quiet voice, she tells me that being bullied drove her to integrate empathy into every level at Golestan.

Various studies show that the more empathy a child displays, the less likely they are to engage in bullying, online and in real life. Empathic children and adolescents are more likely to engage in positive social behaviors, like sharing or helping others. They’re also less likely to be antisocial and exhibit uncontrolled aggressive behaviors. That’s a big reason why educators have been devoting more attention to empathy in recent years, integrating it more deeply into schools and curricula. And as Golestan illustrates, some of these efforts are focusing on early childhood education.

Indeed, research suggests the sooner we learn to empathize, the better off we are in the long run. People exposed to empathy earlier in life have greater and longer-lasting emotional benefits than those exposed to it later, or not at all. One recent study suggests that children who are taught social and emotional skills (as opposed to purely cognitive skills) in preschool and kindergarten have better social skills and fewer behavior problems in both kindergarten and first grade, compared with kids who don’t experience that holistic classroom setting.

Should we teach empathy to even the very youngest students? Can we? The answer to both questions seems to be yes—but it’s not easy.

Our capacity for feeling empathy starts very early in life. Yes, my toddler pulls our cat’s tail and thinks it’s funny, but I also see his capacity to sense the emotions of others. If I’m having a bad day, he pulls me and his papa in for a group hug with his tiny little arms. And it’s not just toddlers: Infants as young as eight to 14 months old can show precursors to empathy, signs like displaying concern for a parent if they’re hurt or upset. The older we get, the more we can empathize. A recent study from the University of Munich in Germany found that children between the ages of five and seven increasingly anticipate feelings of concern for other people.

Teaching empathy doesn’t just make kids more emotionally and socially competent; it can also help them be more successful and functioning citizens in the future. A recent study from Duke and Penn State followed over 750 people for 20 years and found those who were able to share and help other children in kindergarten were more likely to graduate from high school and have full-time jobs. Students who weren’t as socially competent were more likely to drop out of school, go to juvenile hall, or need government assistance. Empathetic people are also more likely to help those they don’t even know—to pay it forward.

Autumn Williams works with Ashoka, an international network of social entrepreneurs that has recently devoted considerable attention to building empathy in education. As part of its work, it has identified more than 200 schools internationally that actively nurture empathy—including Golestan, the first preschool in the network. Williams says empathy plays a crucial role in creating positive change and solving deep-rooted systemic problems—a fact the organization recognized when it looked more closely at the social entrepreneurs whose work it had been supporting over the past 30 years.

“Most had an experience that made them desire to make a change before they were 20 years old,” says Williams. “We’ve recognized empathy as integral to their change-making. That’s why empathy must be as essential as math and literacy. We need a world full of individuals that have the ability to cultivate change where it’s needed, and to recognize they have the ability to do so.”

Tina Malti, a psychology professor at the University of Toronto and author of a 2016 report looking at school-based interventions to promote empathy in children, says it’s never too late to learn to empathize. Though our perspective-taking develops dramatically in the early stages of life—it helps mold who we are as adults—we’re always malleable.

“It’s not just children,” says Malti. “It’s a life issue. I think a holistic view emphasizes living a more balanced life. If you only focus on academic outcomes, or work outcomes, you are going to miss the whole being of a person. It needs to be balanced in a healthful and meaningful way. And the word ‘meaningful’ always entails the whole being.”

Malti says our education system is at a turning point: More and more experts understand and agree that our social and emotional health is important for our academic learning, our psychological well-being, and our overall success in life.

“If you keep them apart in the classroom, you are not going to reach psychological or mental functioning,” says Malti. “It goes hand in hand: a person can’t thrive academically if he or she is depressed, and in order to be a better learner, those depressive issues need to be addressed. I think any other approach—like focusing on particular groups of children, or prioritizing academics or health outcomes—is more likely to be exclusive.”

Who let the dogs out? 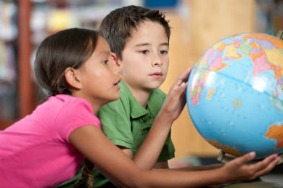 At Golestan Education, Yalda Modabber tries to foster empathy in her students by bringing her dog Nika to work. They feed her, groom her, and give her water.

Research suggests people who have an attachment to a pet are more empathetic. One recent study by the American Humane Association shows having an animal in the classroom, even a small fish, ups students’ feelings of compassion and empathy towards one another. The report also indicates empathy is linked to improved social interactions, class participation, and less behavioral issues in the classroom.

Malti says there’s no one right way to teach empathy, but there are some wrong ways.

Take Nika. “It’s not about bringing in a dog,” says Malti. “It’s about teaching a student how to care for another. You can have a good teacher or a horrible teacher. If a student just watches a teacher taking care of the animal, and doesn’t participate, she doesn’t learn as well. But research shows if you have the child care for the animal, or even an infant, herself, it’s different. How you learn how to care for something is important.”

Malti says another way to build empathy in the classroom is to focus on the individual. She says teachers shouldn’t have a rigid ‘empathy curriculum’ for each grade level, because students won’t thrive in that environment.

“Every single classroom is a microcosm,” Malti says. “And each child in that classroom has varying capacities of mental needs. If you don’t look at the varying needs, you miss the opportunity to promote empathy in the best way possible.”

In addition to bringing her dog to school, Golestan Education’s Modabber has the students do gardening as part of their daily routine. Every Monday, they pick flowers and put them in vases around their classrooms.

“They’re nurturing seeds to grow,” Modabber says. “They’re giving it water and sunlight, they take care of it every day. Then they plant it. They don’t just pick them. They are really appreciating these plants. They see them. They’re present. They’re aware of these plants and how they’re growing.

Empathy is also about connecting with other cultures. Modabber says she’s still affected by those two years of intense bullying she received as an Iranian immigrant in the U.S. during the Iranian Hostage Crisis. She doesn’t want her students to act like this. So every Friday the children learn about a different country or culture, so they can better relate to people with context.

“Golestan makes a big emphasis that we are a small part of this very diverse world and we’re here to respect it,” Modabber says. “It’s threaded in everything we do. It’s our foundation. It’s our benchmark.”