This fall, fifteen adults over the age of 50 gathered together in a university classroom to learn about gratitude.

They were students at the Osher Lifelong Learning Institute at the University of California at Berkeley, who had registered and paid to take a module on gratitude from the Greater Good Science Center’s online course The Science of Happiness. I taught the module as a “flipped classroom”: Participants read articles, watched videos, and worked on gratitude practices at home each week, and then came to five live, weekly classes to discuss the content they had studied. 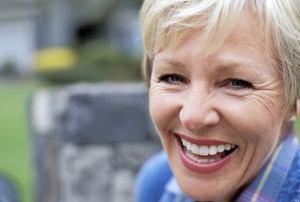 Before and after the course, we asked participants to fill out surveys about their gratitude and life satisfaction. Over the course of those five weeks, the average gratitude score went up from 5 to 6.6 (out of 7), and the number of people who were highly satisfied with their life doubled. But those results were less impressive than the transformations we witnessed.

At the first session, we answered questions about computer use so that our participants could easily find, open, and view the content of the course on their computers. I also presented an overview of positive psychology, the big scientific field in which gratitude resides.

During our introductions, when students spoke about what drew them to the class, our sole male participant Brian said his wife had made him come. He was not feeling particularly grateful, as he was losing his sight to macular degeneration, but he was willing to see if there was anything in the course for him.

During our first session, our oldest participant expressed concern that the course would be too challenging for her. “Say more about that,” I asked. Abigail said, “I thought you were going to teach me two or three more ways to say thank you. This isn’t that. This is going to require that I think more deeply about my approach to life and I’m not sure I’m up to it.”

At the end of the first class, I said that I hoped Abigail would consider coming back the following week. She responded, “Oh, I’ve already decided I’m going to try to meet the challenge.”

Another woman, Karen, came to our basement classroom in a motorized wheelchair. Getting to class required two different trains and a shuttle bus. She was also one of the most demonstratively grateful people in the course.

In succeeding weeks, the group learned about keeping a gratitude journal, writing a gratitude letter, and expressing gratitude as a way to recover from a negative experience. Each week, participants chose a gratitude practice they would try between sessions and discussed those practices at the beginning of class. Some of the practices included nurturing current friendships, watching inspiring videos, and appreciating nature.

As a final project, I asked that each participant plan a gratitude letter. They weren’t required to actually write the letter (though a few of the participants did), but to think deeply about who the recipient would be, what the source of gratitude was, and how they would express that gratitude. The final presentations were inspiring.

Before the last session, we learned that Brian’s wife couldn’t come, which meant that he couldn’t come. I volunteered to meet him at the entrance to the classroom building if his wife could find a ride for him, and she said she would think about it. The following week, he arrived in a wheelchair with a health aide who stayed to hear all of the gratitude letter presentations, including the ones by Brian and Karen (both of whom had attended every single class).

Brian said he would write a letter of appreciation to his secretary, who had made his professional life so much easier and smoother. As a lifelong military officer, he told us that these letters were very important in military files to facilitate promotions and awards. At the end of class, he expressed his own gratitude for the course and for the change it had made in his approach to life. Like Abigail, he had decided to meet the gratitude challenge.

The Osher Lifelong Learning Institute (OLLI) provides high-level learning opportunities, almost entirely live, to its scores of East Bay older adult learners over age 50. OLLI will offer the gratitude class again during the spring with a possible enrollment of 25.