“Languishing” is the in-vogue term for today’s widely shared sense of pandemic malaise. According to some psychologists, you can stop languishing with simple steps: Savor the small stuff; do five good deeds; find activities that let you “flow.” Change how you think and what you do, and today’s languishing can become tomorrow’s flourishing. 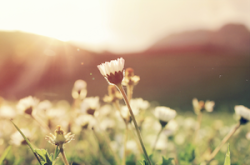 But in an unjust world burdened by concurrent threats—war, a pandemic, the slow burn of climate change—does this argument ring true? Can simple activities like these really help us—all of us—flourish?

As social scientists who study flourishing and health, we have watched this psychological approach capture attention—and massive investment. Most of this work is rooted in positive psychology, a fast-growing field that sees individuals as largely responsible for their own flourishing. This new research, most of it survey-based, aims to revamp health and social policy, nationally and globally. It may well succeed at this—which has us concerned.

What could be wrong with a worldwide effort to help people flourish? Our concern is that a narrowly psychological approach overestimates individuals’ control over their own well-being, while underestimating the role of systemic inequities, including those that well-designed laws and policies can help address.

As researchers who combine surveys with interviews, we know that thousands of data points can tell us many things—but not the stuff you learn from sitting down with people to talk, and listen.

In a new paper based on our collaborative research, we asked open-ended questions that surveys cannot answer. Not just, “Are you flourishing?,” but also: “Why, or why not? What helps you flourish? What gets in the way?”

We took our questions to public libraries and private boardrooms, coffee shops and kitchen tables throughout Greater Cleveland, Ohio, speaking with 170 people from different backgrounds: men and women, rich and poor, liberal and conservative, Black, white, and Latino. Would their answers align, we wondered? Would they mesh with the experts’?

In one area, our interviewees’ perspectives line up with leading survey research: For over 70%, social connections had a powerful impact on whether they felt they were flourishing. But other topics people raised are ignored in most leading studies of flourishing.

For instance, a full 70% mentioned a stable income. Nearly as many flagged what public health professionals call the social determinants of health—reliable access to things like healthy food, transportation, education, and a safe place to live. Some also cited discrimination, unequal treatment by the police, and other factors described as structural determinants of health.

Poverty, inequity, and racism get in the way

For people who face inequity in their own lives, the links between adversity and flourishing were crystal clear. 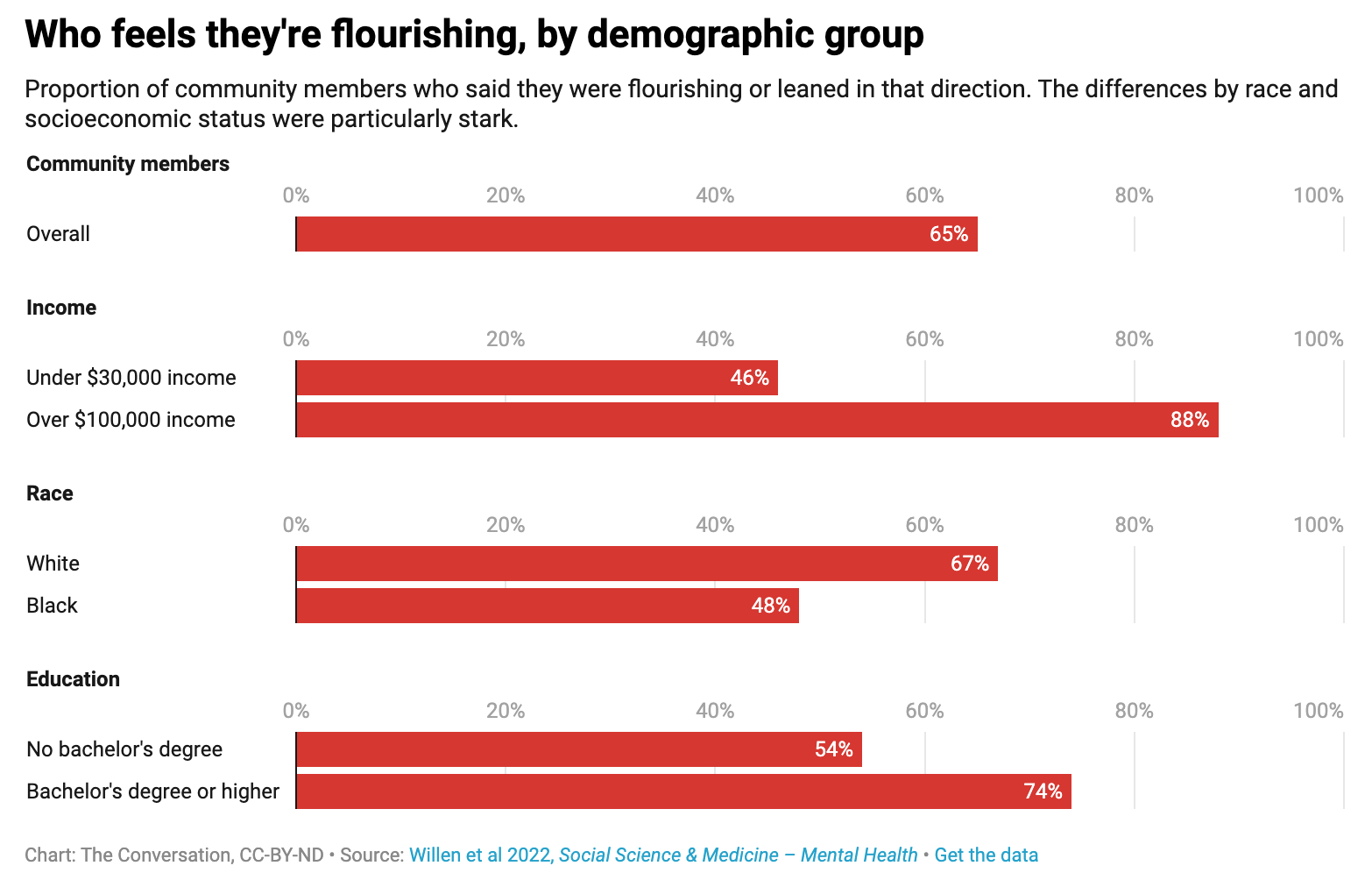 A Latina woman we interviewed explained how poverty and other forms of structural vulnerability can impair flourishing: “If you have a home that’s infested with roaches, and mold, and lead, and water, then after you’ve worked so hard, you come home and just want to rest. And then you’re like oh, I don’t have food, and you didn’t want to cook . . . then you’re eating unhealthy.”

Other interviewees told us how entrenched racism obstructs flourishing. One Black woman described racism’s grinding toll as “exhausting” and “such a heavy lift every day.” She compared it to a game of chess requiring “strategies all day long.” The constant vigilance and pressure she described fit what health researchers call weathering, or premature deterioration in health.

Under circumstances like these, would savoring the small things and doing good deeds really help?

To us, the answer is clear: Without the conditions that enable flourishing, psychological exercises will inevitably fall short. More importantly, they risk leaving behind those already facing adversity and injustice.

The path to flourishing is no simple issue of mind over matter. It also depends on society’s systems and structures: Safe, affordable housing. A living wage. Solutions to systemic racism. Affordable, quality food and health care, including mental health care. As decades of public health research have shown, factors like these deeply affect health and well-being. We contend that flourishing research and policy need to consider these factors, as well.

There’s nothing wrong with taking concrete steps to cultivate kindness, gratitude, and connections with others. To the contrary, these are great ways to improve mental health and strengthen social solidarity. But tips like these are probably most helpful to people whose lives and livelihoods are already secure. For those who struggle to meet their basic needs and those of their loved ones, it will take a lot more than simple activities to flourish. It will take structural change.

“Hostile environments thwart flourishing; congenial environments promote it,” as disability justice scholar Rosemary Garland-Thomson puts it. Unless political leaders are willing to tackle the root causes of social inequities, chances of flourishing inevitably will be unequal.

Ancient views of flourishing may help forge a path forward. For Aristotle, flourishing is not just about happiness or satisfaction—it involves achieving your potential. In his view, this responsibility lies in one’s own hands. But modern public health research shows that the ability to achieve your potential depends heavily on the circumstances in which you are born, grow, and live.

In hostile environments—of exclusion and oppression, scarcity and risk, war and forcible displacement—no one can flourish. Unless all of us—citizens, policymakers, and researchers alike—are prepared to confront the root causes of today’s hostile environments, efforts to promote flourishing will inevitably miss the mark.