Are millennials the most self-centered generation ever?

Many people think so. The list of charges against them is as long as it is familiar: They’re immature, lazy, and selfish. They’re constantly taking selfies and sharing them on social media. They won’t deign to pay their dues at entry-level jobs. They can’t buy houses because they spend all their money on hipster status symbols like avocado toast.

At the core of these charges is a single psychological trait: narcissism. 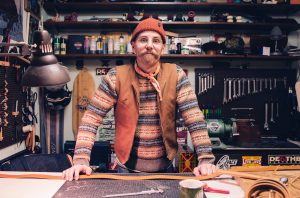 The more narcissistic you are, the more excessively you view yourself as powerful, important, and attractive. Although they do tend to have high self-esteem and well-being by certain definitions, narcissists are also prone to impulsivity, risky decisions, and unstable romantic relationships. When their ego is threatened, narcissists often respond with aggression.

But is the generation born after 1980 really more narcissistic than the ones who came before?

Behind the headlines lies a much more nuanced debate. For the past decade, academic researchers across North America and Europe have been trying to figure out if narcissism actually is on the rise among college students. The answer is far from clear—which means it might be time to rethink how we view more than one quarter of the U.S. population.

Ten years of the narcissism debate

The academic debate about trends in narcissism has played out in a series of papers, each claiming to use better statistical methods and better data than previous ones.

In these papers, researchers aren’t studying the personality disorder of narcissism but rather the personality trait, which exists along a spectrum. We all have narcissistic traits, and some of us simply have more than others. The anthropologist Michael Maccoby draws a distinction between unproductive narcissism and a more productive kind, which is found in many successful leaders. “Productive narcissists are not only risk takers willing to get the job done but also charmers who can convert the masses with their rhetoric,” he writes.

But there’s a danger: “Narcissism can turn unproductive when, lacking self-knowledge and restraining anchors, narcissists become unrealistic dreamers.” Which pretty much sums up millennials, says some research.

In a foundational 2008 paper, Jean Twenge (coauthor of The Narcissism Epidemic) and her colleagues reviewed 85 studies that surveyed more than 16,000 college students between 1979 and 2006. (Here and in subsequent studies, the surveys are not following individual students over time, but rather capturing a snapshot of college students in a given year—allowing us to compare the undergraduates of the ‘80s to the undergraduates of the ‘00s, for example.) The researchers found that college students were becoming more narcissistic—by a full 30 percent from 1982 to around 2006.

UC Davis’s Kali Trzesniewski and colleagues responded in 2008 by analyzing surveys of nearly 27,000 students at three University of California campuses—Berkeley, Santa Cruz, and Davis—from 1979 to 2007. The results indicated no change in narcissism. They claimed that their analysis used a better statistical technique and less biased respondents; the participants here were introductory psychology students completing obligatory testing rather than students who chose to sign up based on a study advertisement, which might attract a certain type of person.

In yet another 2008 paper, Twenge and Joshua Foster re-analyzed data from the study led by Trzesniewski. By separating out the results by ethnicity, they found that narcissism rose among both whites and Asians from 2002 to 2007. But because Asians tended to have lower narcissism scores in general, and the Asian population at UC campuses increased during the time period under scrutiny, the overall trend may have been obscured.

Twenge and Foster also objected to the data that Trzesniewski and her coauthors had used: While the earliest surveys came from UC Berkeley and Santa Cruz, the 2002-2007 surveys only came from UC Davis, where students—for whatever reason—tend to score particularly low in narcissism.

Further studies in 2009 and 2010 found no rise in narcissism. But a 2010 paper by Twenge and Foster objected to their methods: Those low narcissism scores at UC Davis had highlighted the need to statistically control for which school the students attended, which would mitigate any campus-related differences in narcissism levels. When Twenge and Foster updated their seminal 2008 study to include new surveys conducted between 2006 and 2009, and to account for school, they once again found that narcissism was increasing.

“The debate on changes in narcissism [is] seemingly settled,” Twenge and Foster wrote in 2010.

“Seemingly” being the keyword: In late 2017, a new study appeared in Psychological Science that called all the previous ones into question. University of Konstanz researcher Eunike Wetzel and colleagues looked at surveys of more than 60,000 students at UC Berkeley, UC Davis, and the University of Illinois at Urbana-Champaign, who had attended school between 1992 and 2015.

They found a “small and continuous decline” in narcissism throughout that time period.

The millennial is in the details

This paper revealed another problem. All of these studies use a complex survey called the Narcissism Personality Inventory (NPI), which forces respondents to choose between two statements—many of which seem relatively benign, even if you pick the “narcissistic” option:

The 2017 analysis found that students’ interpretation of some statements had actually shifted over time. For example, students in the ‘90s endorsed the statement “I think I am a special person” at unexpectedly high rates, perhaps because it had a less narcissistic meaning then than it does today; the opposite was true of the statement “I know that I am good because everybody keeps telling me so.” The possibility that the significance of the Narcissism Personality Inventory could be changing—that a certain answer could reflect something different about a person then vs. now—was one that no previous study had considered. 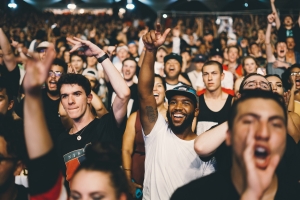 On top of this revelation, as Trzesniewski and her colleagues pointed out in 2008, the NPI measures a wide range of narcissistic traits—from relatively benign leadership qualities to somewhat problematic vanity to a toxic sense of entitlement. In fact, one 2006 study went so far as to call the overall NPI a measure of “healthy narcissism,” saving the label “unhealthy narcissism” for high NPI scores combined with low self-esteem. In short, talking about young people’s narcissism may be less meaningful than talking specifically about their sense of entitlement or vanity.

Another question is whether changes in NPI scores—giving a few more narcissistic answers than your predecessors did—reflect significant, observable differences in real life. “I doubt that any changes (decreases or increases) of the size that have been reported are going to have any effects at the practical, real-life level,” says Wetzel, lead author of the 2017 study.

In sum, then, the debate is far from settled. Researchers are still arguing over which surveys should be included in the analysis, what kinds of statistical methods and controls to use, and whether we can take decades-old narcissism surveys at face value. (One thing researchers do agree on: If narcissism is rising, we can’t blame technology—the alleged trend started long before smartphones and selfies.)

Based on new data he and his team are collecting, Keith Campbell—a University of Georgia professor and coauthor of The Narcissism Epidemic with Twenge—now believes that narcissism has been decreasing among college students since the Great Recession of 2008, although he still maintains that it was rising beforehand.

Campbell points to research suggesting that people who come of age in times of higher unemployment tend to become less narcissistic adults, perhaps because they experience more failures and setbacks and need to rely on others more. And he suggests that the 2017 study might show this pattern, too, if it used different statistical methods—which means we’ll likely see a slew of more papers aiming to figure out what’s really going on.

As researchers debate methodology, the rest of us need to ask: What happens when we classify an entire generation as entitled and vain?

Trzesniewski worries that labeling young people as narcissistic creates a harmful bias. If we expect 20-somethings to have a superiority complex, we may respond to them differently than we would otherwise, she says. Someone who stops in the middle of the sidewalk to check their phone could be counting “likes” on Facebook, or they could just be looking for the nearest pharmacy.

Even worse, Trzesniewski seems concerned that negative perceptions of young people could affect broader trends like their access to jobs and promotions—and their own mental health. In the phenomenon of “stereotype threat,” stereotypes become self-fulfilling prophecies because people are worried about confirming them. In other words, if millennials keep hearing that they’re immature and irresponsible, they may start to believe it.

“There’s a lot of negativity toward young people today,” says Trzesniewski. “Stereotypes lead to prejudice, which leads to harming the group that’s receiving the prejudice.”

Yet the stereotype may say more about us than it does about millennials. Lamenting about “kids these days” may be something older adults like to do, no matter what generation. A 2014 study found that people rated young adults worse on a whole range of attributes compared to older adults: more narcissistic, more overconfident, more immoral, less agreeable, and less emotionally stable. Compared to earlier generations, people saw young adults as less hardworking, trustworthy, and caring and more self-centered and lazy.

“There are compelling reasons to believe that negative perspectives of emerging adults are exaggerations,” write the authors of the 2014 study. “Every generation worries about the next generation and thinks that it’s unique to that generation,” says Trzesniewski.

Why people exaggerate is a separate question. Maybe, Trzesniewski suggests, they forget how they used to act at a young age, a time in development when it makes sense to focus on your own identity and goals (narcissism does, indeed, naturally decline with age). Some groups may have agendas, not all of which are transparent. Critics of current trends in parenting and education gain some ammunition from citing a narcissism epidemic, even if research doesn’t actually link the two. Employers who are struggling to retain young employees don’t have to change their company culture if they can blame millennials’ selfishness.

Newsmakers may benefit from that pessimistic narrative that a narcissism epidemic implies: Things are getting worse, and you can find out how at 10 o’clock. Dacher Keltner, faculty director of the Greater Good Science Center, sees the debate as really being about values: “Do you believe in the promise of youth—and an optimistic future—or do you veer toward more pessimistic, dystopian beliefs?” Sometimes, stereotyping young people might just indicate our anxiety about all the rapid change that’s happening today.

But even if narcissism is rising, the trend wouldn’t say anything about any one young person, any one student, or any one employee. It might be easy to blame narcissistic millennials for everything from ruining the workforce to killing marriage.

What’s harder, but ultimately more fruitful, is to sit with the uncertainty—and consider what else might be causing society’s problems.