Joan, a Bay Area elementary school teacher, was struggling with managing her fourth grade classroom, especially a student who wouldn’t stop speaking out of turn or bullying other students. She held it together during the day and then came home and yelled at her own kids. She came to doubt her ability to meet the ever-increasing demands placed on her by the double-whammy of budget cuts and rising academic mandates.

Seeking help, she signed up for the eight-week SMART-in-Education program, which I launched in 2008 to help teachers relax and manage their stress. There she discovered that she was not alone. In fact, she was facing the same kind of stress that leads nearly half of teachers to quit within their first five years on the job.

The SMART-in-Education program takes place over nine evenings and two Saturdays. It is based primarily on Jon Kabat-Zinn’s Mindfulness-Based Stress Reduction (MBSR) program, an evidence-based practice that emphasizes the cultivation of mindfulness, the moment-to-moment awareness of our thoughts, feelings, and bodily sensations. 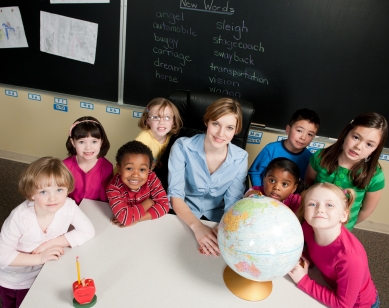 But SMART (which stands for Stress Management and Resilience Training) has added several components to the basic MBSR curriculum, in order to respond to the special demands put on teachers. Participants spend time exploring the inner geography of emotions, especially fear and anger. Using mindfulness tools such as meditation and body awareness, they develop the capacity to recognize, tolerate, and even transform challenging emotions into insight, self-acceptance, and vitality.

Participants also spend a great deal of time developing skills like kindness, compassion, and forgiveness, through exercises and discussions tied into their actual experience in the classroom.

For example, when practicing with kindness and compassion, the teachers spend one week bringing to mind a challenging student and taking a few minutes in their home practice to silently send him or her wishes of kindness and well-being, such as “May Sam be happy, and feel loved,” or “May Sofi find peace in her heart, and develop her gifts.” Another week, they are invited to bring to mind a student they tend to overlook, who is neither delightful nor frustrating.

One of the liveliest sessions involves an exercise called “The Aikido of Communication,” in which the teachers pair up and role play four different ways of responding to conflict. In each case, they are responding to an angry parent—a scenario to which all teachers can relate!

Throughout the program, teachers meet in both small and large groups, in order to facilitate trust and connection in the group and elicit insight and inquiry from the participants themselves. Instructors are encouraged to embody, rather than teach, mindfulness, and place emphasis on mindfulness as a way of life, rather than a practice compartmentalized into 20 minutes a day.

In an interview conducted shortly after the program, Joan said she had been especially moved by forgiveness exercises, where participants are invited to look at the unchallenged beliefs that might be blocking forgiveness, and to practice it like any other skill they would like to get better at. In particular, Joan found the idea of forgiveness without shame to be a revelation. Before, it had seemed to her that without shame it was impossible to learn from your mistakes. 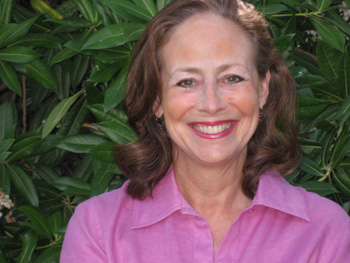 While the program exists mainly to help teachers like Joan cope with stress, she was able to apply some techniques directly to classroom management. She recalled a story shared by the instructor of the Babemba tribe in Africa, who have a unique form of rehabilitation for those who violate social norms: The whole village stops their work, puts the perpetrator in the middle of the group, creates a circle around him, and then tells him what is good and loveable about him until he remembers his own goodness. Then—and only then—is the perpetrator able to rejoin the community.

This is a lesson Joan said she applied in her work. One day after recess, the class was very agitated and couldn’t settle down. A boy named Max, who was normally well-liked, was off in a corner, and no one would talk to him. Joan didn’t know why, but she asked the kids if they were open to trying something new.

They re-enacted the Babemba circle. One girl told Max that things were really hard at home and she came to school stressed and upset, but every day he smiled at her, and it was the best part of her day. Another girl shared that she thought he was kind of dumb last year—he kidded around a lot and wasn’t serious about school, but this year she could see how smart he really was.

Again, Joan wasn’t alone. The impact of the SMART program has been rigorously measured in several scientific studies. The studies found SMART participants performed better on a task requiring focused attention and memory at program completion, and reported greater mindfulness up to four months after finishing the program. The teachers also reported experiencing less on-the-job stress, less worry about work when at home, less self-blame for when things are stressful at work, and fewer feelings of occupational burnout, anxiety, and depression.

Teachers in the SMART program also reported greater efficacy in regulating their emotions at work, better moods at work and at home, better and longer sleep, and more confidence in their ability to forgive their colleagues when inevitable conflicts arose at work. They expressed more positive attitudes towards their “most challenging student.”

As life continues to get more stressful for adults and children alike, I believe, the need for programs like SMART only increases. If teachers in difficult circumstances can become more emotionally balanced and resilient after participating in this eight-week program, then surely those in health care and business will reap similar benefits. After all, we can’t stop the stressors in life from happening, but we can learn how to respond to them differently.

I am a clinical laboratory technologist.  Similar to most healthcare settings, failure is not an option. Where does forgiveness find a place in this mission? Even given that all resources are low, perform, comply or get out of the way. An enormous challenge.

What important work. This looks wonderful. (I’ve been a lucky beneficiary of Parker Palmer’s “Courage to Teach” quarterly workshops that support teachers using mindfulness work—in the Bay Area, led through Dominican University and San Jose State.) Thanks for doing all that you are doing for educators.