This fall, a record 21.8 million students are estimated to be attending American colleges and universities. Many are leaving home for the first time, and they’re exploring a new environment, forging new relationships, doing their own laundry, and experiencing “the real world.”

More than a few of those students will suffer homesickness, which can turn into depression, low motivation, insomnia, stomach aches, and loneliness—and their dropout rates are three times higher than non-homesick students, according to one 1993 study. 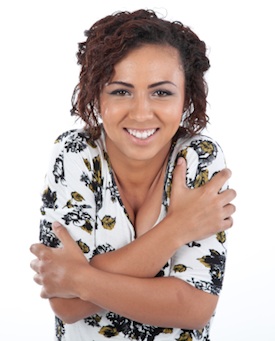 Three Duke University researchers examined one possible solution to the problem: self-compassion. Their results appeared in the journal Self and Identity.

According to Kristin Neff, a University of Texas psychologist and author of the 2011 book Self-Compassion, the three features of self-compassion are kindness toward oneself, a sense of common humanity with others, and mindfulness—that is, awareness and acceptance of your own feelings. Her research has found that each of these components buffer people against negative reactions to undesired events, like failure, humiliation, and rejection—all situations that are pretty common during the first year of college.

Researchers Meredith Terry, Mark Leary, and Sneha Mehta hypothesized that freshmen who treat themselves especially gently when things are going badly (self-kindness), recognize that homesickness is a nearly universal experience that indicates nothing peculiar about them (common humanity), and face their feelings with equanimity (mindfulness) are better able to avoid that unhappy longing to run back home.

They surveyed 119 high school graduates about their capacity for self-compassion, as well as their depression levels, tendencies toward homesickness, and satisfaction with their grades, social lives, and choice of university. They surveyed the same group a second time, a few weeks before the end of their first semester of college.

As predicted, the researchers did find that students who could be kind to themselves (as opposed to self-critical) were significantly less prone to homesickness and depression. They also found self-compassionate students were more satisfied with their social lives and choice of college. When students low in self-compassion disliked their social lives, they became much more homesick and disappointed with their new school. When things were going well for students, self-compassion became much less important.

However, self-compassion did not seem help students as much when they faced problems in the classroom. The researchers speculate that this may arise from the fact that the students are attending a highly selective college and “most probably believed that their academic success was largely in their own hands and felt reasonably confident that they would eventually do well.” These same beliefs might not have applied to their social lives, where the students might have felt less confident than they did in the classroom.

Overall, these results demonstrate that those with higher levels of self-compassion are able to combat and manage difficult situations more effectively than those with low self-compassion. High self-compassion students were less depressed, less homesick, and less dissatisfied with their life at their university.

These results lend support to self-compassion interventions at colleges and universities, which could be integrated into programs that help students deal with social, academic, and emotional challenges during their first year at college. During a period with college admissions is more competitive than ever, a self-compassionate approach may help freshmen explore a new place without fear of falling short of expectations, becoming depressed, or losing out on opportunities.