The worst abuses of power I’ve ever seen first-hand were committed by a group of five year olds.

Years ago I taught kindergarten, and aside from editing this magazine, it was the best job I’ve ever had. But one aspect depressed me every day: watching cherub-faced kids abuse and be abused by their classmates. Sometimes their abuse would be blatant, with one child punching another to secure a favorite puzzle or magic marker. Often it was more subtle. Certain kids routinely excluded others from their games, rejecting them with a casual insult or ignoring them altogether. 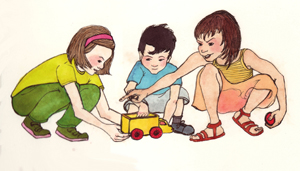 I would try to console the wounded kids, sometimes successfully, sometimes not, always aware of their mix of relief and embarrassment when I intervened. I constantly wondered if I was handling these situations well.

I wish I had read You Can’t Say You Can’t Play before I took that job.

It wasn’t until years later that I came across this book by author and kindergarten teacher Vivian Gussin Paley. In it, Paley chronicles her attempt to create a new rule for her class: “You Can’t Say You Can’t Play.” No rejection. No exclusion. If a classmate wants to join your game, you have to let them.

With that simple and radical decree, Paley defies some of our most deeply held assumptions about human nature, and challenges the social order for children and adults alike. Revisiting her book recently, 15 years after it first came out, I found it has lost none of its vitality. It is a revelation not only for once or future teachers like myself, but for anyone concerned about fairness, justice, compassion, and the proper use of power in our society. 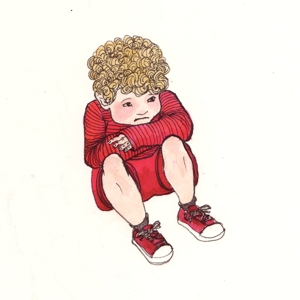 The book, and Paley’s entire classroom experiment, derives much of its strength from her decision not to simply impose her rule on her students. Instead, she engages them in a series of dialogues about the moral bases and potential effects of such a rule. She also consults with older children to get their take on it.

When Paley first floats the rule past her students, they are incredulous. “‘But then what’s the whole point of playing?’” wails a girl named Lisa. That line shocked me when I first read it: Do kids really only play games in order to exclude others? Yet rather than dismissing Lisa’s response as cruel, Paley tries to understand it.

It soon becomes clear what Lisa means. When children choose to play with certain kids and exclude others, those choices are an exercise of power over their peers. But they’re also empowering for the children themselves. Kids have control over so little in their lives, but play is one domain that’s all theirs. It exists within a private world where they make the rules, choose the players, and form and reinforce connections with the people they like best. And now Paley wanted to take that away from them.

Yet the students also understand why Paley wants to institute her rule. They’ve all felt the sting of rejection at one time or another. Many of them are attracted by the idea of an all-inclusive playground, but they’re skeptical that such an idea could ever be brought to life. “See, your rule is very fair,” one third-grade boy tells Paley. “But some people don’t get along and they just want to be with their friends.” Another boy, a fifth grader, puts it more bluntly: “You’re not going to go through life never being excluded. So you may as well learn it now.”

Paley is sometimes disheartened by how deeply the children have embraced these attitudes. From her kindergarten class through fifth grade, many students seem resigned to social hierarchies and their place within them. Yet some students suggest that Paley’s rule could work if they unlearned many of the social laws they’d come to accept. “If you want a rule like that to work, start at a very early age,” one fourth-grade boy tells her. Another fourth grader adds, “We’re meaner than when we were young.”

Finally, Paley does impose the rule. The transition is “straightforward and easy”: After a week, “You Can’t Say You Can’t Play” has been absorbed into the classroom’s ethic, with only minor glitches. Some kids still do exclude others, but “when the children are reminded of the rule,” writes Paley, “they comply so readily that it is as if they’ve been rescued. From what? Perhaps from the ordeal of deciding whether or not someone can play.”

Paley continued to propose the rule to her class each year until she retired in 1995. When her students graduated kindergarten, she says, they took the rule with them and tried to implement it in their new classrooms. “They wouldn’t let the idea go,” Paley told Greater Good in a recent interview. “They had been convinced. And once you see the point of it, you do not easily give it up.”

Stories like these reveal what may be the greatest lesson offered by You Can’t Say You Can’t Play. Paley says she is often asked whether her students were in for a shock when they entered the “real” world, where people deny, reject, and exclude each other all the time. But her book forces us to consider whether the world works that way because we allow it to. Perhaps if we guide children to live by her rule from the time they’re young, we might help change the world into which they graduate.