A vast body of research suggests that religious people are happier and more satisfied with their lives, partly thanks to a greater sense of purpose and belonging. However, belief in God has declined over the past few decades in Western societies. What else, then, may people be turning to for security?

In a recent study published in the journal Personality and Individual Differences, researchers Olga Stavrova, Daniel Ehlebracht, and Detlef Fetchenhauer hypothesized that a belief in scientific and technological progress has risen to fill this need. 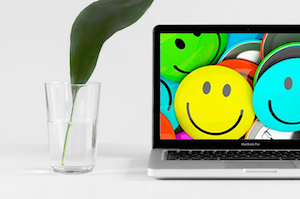 The researchers first surveyed individuals in the Netherlands about this belief and about their Western religious faith, measured by how often they attended religious services, and whether they identified as religious and believed in God. They found that people who more strongly believed in scientific-technological progress or religion were more satisfied with their lives—but the link was significantly stronger among those who had faith the former.

When they looked at data from 72 countries, the researchers found that respondents with greater faith in science and technology were more satisfied with their lives in all but three countries; by comparison, being religious was positively associated with life satisfaction in only 28 countries—and linked to lower life satisfaction in five.

What gives the belief in scientific-technological progress that extra influence?

Other researchers have recently proposed that a secular belief in human progress to reform the world, including faith in science and technology, gives us a sense of control. So Stavrova and her colleagues also asked participants about their sense of personal control: How much agency and influence did it feel like they had over their lives?

It turned out that people with greater trust in science and technology indeed tended to have a heightened sense of personal control—which was, in turn, linked to their higher life satisfaction. This suggests that scientific understanding and use of technology may help us feel more in control of our environment and our future, buffering us against existential anxiety and leading to greater well-being. On the other hand, people who reported being more religious had a weaker sense of personal control.

What does this all mean for us? Is the study suggesting that a belief in science is better than a belief in religion?

Interestingly, the researchers found that people who believe in science and technology are not less likely to be religious, suggesting that the two aren’t necessarily incompatible. Both values can coexist and benefit us in different ways. Previous studies have found that people who are more religious tend to have a greater sense of “secondary control,” the kind of strength we get from being able to accept and adjust to difficult circumstances. Future research can try to pin down how these two beliefs interact, and look into other religions such as Islam.

In the end, community may play an important role in how our beliefs support our well-being. In the international study, the research team found that the link between scientific-technological faith and life satisfaction was stronger in countries where this belief was popular. Similar patterns have been found when it comes to religion as well—being religious is more strongly linked to well-being in more religious countries.

The specific beliefs we hold, it seems, may be less important than the fact that they are shared.