This month, prosecutors argued that James Holmes, who killed 12 people in a Colorado movie theater, deserves to die. A poll published this week found Colorado voters agree with them by a 2-to-1 ratio.

This isn’t the only high-profile death-penalty case to be in the news recently: In May, a federal jury sentenced Dzhokhar Tsarnaev to death; Boston Mayor Martin J. Walsh issued a statement expressing “hope [that] this verdict provides a small amount of closure” to everyone affected by the 2013 Boston Marathon bombing. 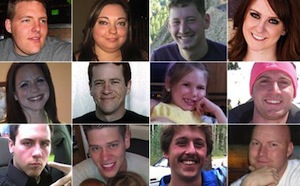 His words were echoed by other officials and victims. “The verdict, undoubtedly a difficult decision for the jury, gives me relief and closure as well as the ability to keep moving forward,” said transit police officer Richard Donohue, who was seriously injured during a shoot-out with Tsarnaev and his older brother in Watertown, Massachusetts.

Most everyone wants this to be true: We hope that the surviving victims of violence, like the mass killings in Colorado and Boston, can find some relief from their anguish.

Will death sentences for Holmes and Tsarnaev help them?

For months, many people close to the Boston case have been ambivalent about this outcome. In contrast to the Colorado poll, one in April found that only 15 percent of Boston residents wanted the death penalty for Tsarnaev. That same month, Bill and Denise Richard, whose 8-year-old son was killed in the bombing, wrote an open letter in the Boston Globe urging the Justice Department to take the death penalty “off the table.”

“The continued pursuit of that punishment could bring years of appeals and prolong reliving the most painful day of our lives,” wrote the Richards, who also suffered severe injuries from the bombing; their 7-year-old daughter lost her left leg.

Their position is supported by scientific research. While it’s easy to understand why people would seek the harshest punishment possible after a terrible crime, studies cast doubt on whether harsh punishment in general, and capital punishment in particular, actually brings the relief and peace of mind the victims deserve.

A 2008 study published in the Journal of Personality and Social Psychology found that people who were taken advantage of financially by someone else thought they would feel better if they exacted revenge. In fact, punishing the offender actually made them feel worse, apparently because meting out a punishment caused them to think about the offender more and dwell on the negative incident.

They didn’t feel as bad when someone else did the punishing for them—but even then, they felt no better than people who didn’t pursue punishment at all.

Of course, there are other important considerations in criminal cases, such as the moral priority of justice. But in this study, there was no evidence that the punishment improved a victim’s emotional state—a key argument for the death penalty that has been made in the cases of both Holmes and Tsarnaev.

Other research suggests this might hold true in capital punishment cases. A 2007 study by criminologist Scott Vollum, now at the University of Minnesota, examined media interviews with family or friends of murder victims, conducted around the time the murderer was being executed.

Vollum found that the victims’ loved ones reported experiencing feelings of peace or relief in only 17 percent of the more than 150 cases in which they made public statements; they reported feeling a sense of closure in only 2.5 percent of those cases. By contrast, in 20 percent of cases, they explicitly said the execution did not bring them healing or closure.

Bearing out the concerns of Bill and Denise Richard, many of these friends and family members cited lengthy appeals processes as a barrier to their recovery. “You’re trying to move on with your life,” said one of them, “but you keep being dragged back into it.”

This finding resonates with another study, published in the Marquette Law Review in 2012, that involved in-depth interviews with people in two states, Texas and Minnesota. All of those people had survived the murder of a loved one, and the murderer had received the harshest sentence possible: In Texas, this was the death penalty; in Minnesota, life in prison without the possibility of parole.

Tracking these survivors for years, the researchers found that over time the people in Minnesota reported better physical and psychological health, and more satisfaction with the criminal justice system. The researchers attribute these results, at least in part, to the lack of control that the Texas residents felt while death penalty cases were tied up in appeals. While this might be seen as an argument against any appeals process, it remains the primary way our legal system tries to minimize life-or-death errors: Since 1973, 151 people sentenced to death have turned out to be innocent. 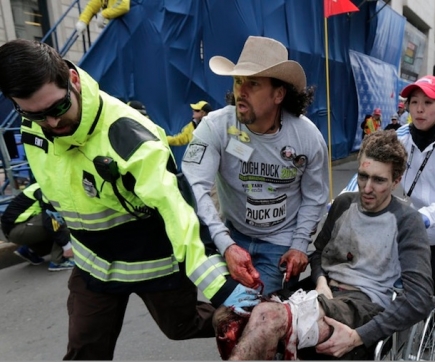 Carlos Arredondo helps a victim of the Boston Marathon bombing in April 2013. After Tsarnaev was sentenced to death, Arredondo expressed profound ambivalence about the verdict. © Associated Press

Even beyond the appeals process, it’s still hard to say whether Tsarnaev’s death sentence—or a death sentence for Holmes—will provide closure for their surviving victims or their victims’ families. According to Nancy Berns, a professor of sociology at Drake University and the author of Closure: The Rush to End Grief and What it Costs Us, a lot may depend on how they define the term.

“If they’re defining closure as, ‘This is an end to the trial itself,’ then yes, maybe they can find closure,” she told me. “But if they’re thinking that closure means, ‘Oh, my grief is done,’ then absolutely not.”

“In some cases, the end of the trial—or even the execution—can make them feel worse,” she added, “because they’ve been focused on the trial, and when all that gets moved away, the grief sets in in a different way.”

For many victims, feelings of pain and loss may never go away, regardless of how Tsarnaev or Holmes are punished. But psychological research has found that one way to achieve greater peace of mind is through forgiveness.

Of course, forgiving an offender can seem inconceivable, especially when his or her crime is as monstrous as the ones committed by Tsarnaev and Holmes. But researchers stress that forgiving does not mean absolving an offender of guilt; it doesn’t even require reconciling with that person.

Instead, it means deliberately letting go of feelings of anger and vengeance toward the offender—a way to stop ruminating on the offense and free yourself of the power it has over you.

“It’s a way of saying, ‘I’m going to take my life back because I’m getting swallowed up by hatred,’” said Loren Toussaint, an associate professor of psychology at Luther College, who studies forgiveness. “It’s an act of transformative empowerment… that allows someone to move forward.”

The process of forgiveness can be long and difficult, and experts warn that it can’t be rushed. But Toussaint said there’s a risk to making forgiveness contingent on whether you feel justice has been served. It may take years before you get the outcome you want, if you get it at all. “So you’re waiting, and you don’t necessarily enjoy any relief,” he said.

By contrast, research by Toussaint and others suggests that forgiveness can improve the forgiver’s mental and physical health, even for crimes as horrible as incest and atrocities committed during Sierra Leone’s civil war.

As a powerful example, Berns points to Brooks Douglass, who she interviewed for her book. When Douglass was a teenager, two men barged into his home, took his family hostage, raped his sister and killed his parents in front of him. Years later, he became an Oklahoma state senator and wrote the legislation that gave him the right to watch one of those men, Steven Hatch, be executed; he confronted the other man, Glen Ake, in prison—and ultimately forgave him.

“He said that seeing [Hatch] executed brought him a sense of closure, only because he knew that he wouldn’t have to keep going back to trials,” said Berns. “But when he met with [Ake] and forgave him, that’s what brought him peace.”

A different version of this piece originally appeared on the CNN opinion page.