Who would have thought that a million-year-old wrestler with no toenails could help children improve their storytelling skills?

Well, it seems like he can, according to a recent study of children with imaginary friends. 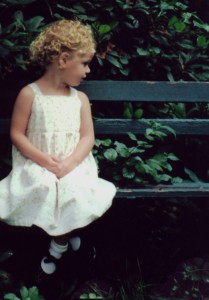 In the study, Clark University psychologist Gabriel Trionfi and colleagues asked 48 five and a half year olds (and their mothers) whether the children had an imaginary friend. Twenty three did, with identities ranging from Brown Puppy ("a baby") to Creka ("looked like a shadow") to Giant Strongman, that aforementioned wrestler with no toenails.

After discussing their imaginary friends, the children took two vocabulary tests measuring their ability to understand and correctly use a list of words. In a second meeting with the researchers, the children heard an unfamiliar story, called "A Perfect Father's Day," and were asked a dozen questions about it.

Afterwards, they were asked to tell the story to a puppet from beginning to end. In a similar task, each child was also asked to describe three events that they had recently experienced.

In all of these storytelling tasks, the researchers judged how well the children used descriptive terms (adverbs and adjectives), dialogue, and character names. They also judged the kids' attention to time, location, and their ability to describe cause and effect.

The results, published in the journal Child Development, showed that there were no real differences in vocabulary and story comprehension skills between the two groups of children. However, kids who had imaginary friends showed significantly stronger storytelling skills than those who didn't. This could come as a result of imaginary play and storytelling relying on similar mental and linguistic skills.

That said, the study does not prove that having an imaginary friend improves kids' storytelling skills. The authors note it's entirely possible that kids with better language skills are driven to create an imaginary friend as an outlet for their verbal expression.

Nonetheless, these findings add to a growing body of research showing that imaginary play is associated positively with children's linguistic and social-cognitive development; these skills play a big part in reading success and school achievement later in life.

Fantasy is part and parcel of childhood.I think this is natural process child play with his imaginary friend, chat with him, dream with him,and play with him,that is essential for his healthy growth.
——-