I just learned that my son’s college, the University of Washington, would be cancelling all in-person classes and finals to help contain the spread of the coronavirus. One confirmed on-campus case prompted the university’s response. 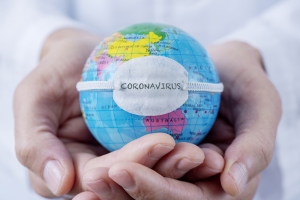 Though the university will incur high costs—they have to deep-clean the whole campus, for example—I, for one, am truly grateful for their swift action and putting students first. It’s one of the many ways that I feel cared for in the midst of this crisis, and one of many caring acts that I expect to see in the weeks ahead.

Why expect more cooperation and compassion in the face of an epidemic? Because, contrary to popular belief, crises often tend to bring out the best in people. A report that looked at how people responded during the September 11th Twin Tower attacks showed that people bent over backwards to help others escape, sometimes at great personal risk to themselves. Other reports on the aftermath of natural disasters show that strangers will stick out their necks for each other to help.

While it’s true that sometimes disasters can lead to a minority taking advantage of the situation—for example, stealing people’s possessions when they have to leave their house—this is not a common response, much as it grabs headlines. Instead, when we face a common enemy, like an epidemic, we are more likely to pull together for the benefit of everyone.

Notice how many young and healthy people are taking seriously the need to wash their hands frequently, cover their mouths when they cough, stay home when sick, or wear masks when in public. Sure, no one wants to get sick—but, at the same time, no one wants to be responsible for making others sick.

In fact, research shows that protecting others is a huge motivator for doing the right thing. For example, one study looked at what prompts handwashing behavior in hospital doctors and nurses. Researchers found that signs saying, “Hand hygiene prevents patients from catching diseases,” were more effective at prompting handwashing than signs simply saying, “Hand hygiene prevents you from catching diseases.” In other words, appealing to the health care workers’ altruistic care for their patients was more effective than appealing to their self-interest.

In fact, it may simply be human nature to be kind and helpful when others need us. In one recent study, children only four to five years old who were told that resisting a treat would benefit another child were better able to delay gratification than children told their actions would only affect themselves. Similarly, babies as young as 19 months old were willing to give food away to someone who appeared to need it, even when hungry themselves.

Of course, not everyone acts altruistically in these situations. So, what makes it more likely they will, and how can we use that to our advantage? Here are four ways we can encourage more altruism for fighting the virus.

1. Look to the heroes

When we hear stories of these people, we feel what is called moral elevation—a warm feeling inside that inspires us, fueling optimism and a desire to act altruistically ourselves. While the temptation might be to focus on fear and everything going wrong, we can redirect our attention to those who are doing the right thing, which will lead us to be better citizens ourselves.

It’s easy to be lost in fear when disaster strikes. However, it doesn’t help anyone to stir up panic about the situation, because we don’t think as clearly when we are in emergency mode. You can see how this has played out already, as people have been stockpiling masks and creating a shortage that could affect the people who truly need them—those who are sick and need masks to avoid spreading the disease to the rest of us.

How can we stay calmer and make wiser choices? One way is to use whatever tools you have at your disposal for keeping a cool head—like practicing mindfulness, which has been shown to both lessen emotional reactivity and help us make better decisions. We might take a walk in the park or nearby woods and let nature soothe us. Or we could talk to a friend—a calm friend, that is—who can help us reduce our anxiety.

Of course, our normal ways of connecting socially—like singing together at a concert or going to large parties—may have to change. But whatever we can do to maintain an air of calm, and to spread it to those around us, the better. After all, our emotions tend to be contagious in our social circles, and we should do our best to keep fear and panic contained.

One of the kindest things we can do is to say “thank you” to those who are doing what they can to fight the outbreak. As with my son’s university, it doesn’t hurt to send a message of thanks to people and organizations that are doing the right thing—whether it’s a tour group that offers refunds for cancelled trips, the neighbor who delivers a spare mask to you, or viral experts who give you straight-up information on how to stay safe.

When we show gratitude toward others, we let them know that their actions matter, which encourages more of the same kind of behavior—not only toward the grateful person but to others. Creating a cycle of altruism is helpful when we are faced with a challenge that affects us all, helping to foster trust in each other and care for each other’s plight.

When we are fearful, our first instinct might be to cast blame on others or to indulge in prejudice toward groups we see as responsible. News reports already show that some people of Asian descent in the United States are finding themselves shunned or the victims of racist profiling, simply because the virus appears to have originated in China. Though we might rationally know that no one person or country can be blamed for a viral outbreak, our minds still seek simple explanations.

Research suggests that when we recognize our common humanity and show compassion, we are more likely to pull together and to solve issues that may be complex in nature. You can start by giving yourself some compassion, which can help you become more willing to admit mistakes and take steps to correct them. This is important, as human error can be costly when there is a viral outbreak, and we need to work together to learn from our mistakes.

Of course, all of these guidelines don’t supplant the importance of practicing good hygiene. We need to continue to frequently wash our hands and avoid touching our faces, so that we can lessen the chance of infecting ourselves and others. But we also should remember our social hygiene—looking for the heroes, staying calm ourselves, being grateful, and remembering our common humanity. In this way, we can help to make the world safer for all of us.