Raising children can sometimes be a daunting task. I know when my own kids were young I often wasn’t sure how to respond when my son didn’t want to share his toys with other children or refused to say please or thank you to his grandmother. Wasn’t it right to tell them to share or say thank you?

Not according to Jennifer Lehr, parenting coach and author of the book, ParentSpeak: What’s Wrong with How We Talk to Our Children—And What We Should Say Instead. While Lehr recognizes that we all want our children to be generous and grateful, she points out how many of the canned phrases we use—what she calls “parent speak”—communicate the wrong message. Instead of guiding positive behavior, they ignore the child’s perspective and can make them feel powerless, confused, or resentful.

Reading her book made me think twice about the way I talk to my kids. I spoke with her recently about her book and the take-home messages within it for parents. 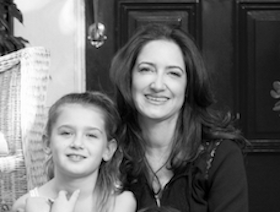 Jill Suttie: What is “parent speak” exactly, and where does it come from?

Jennifer Lehr: It’s the phrases we say almost compulsively, without too much thought—catchphrases that we use over and over again because they’re so much a part of the culture. Though we say these things with the best of intentions, unfortunately our best intentions aren’t really translating.

For example, we tell our young children, “You need to share!” when they are playing with a toy that another child wants. That’s because we’d like our children to be generous and care about how other people feel. But, to want to share, a child has to be able to take another person’s perspective, and that takes years to cultivate. So, if you’re making your young child share her toy, you’re really asking her to give away whatever she’s playing with so somebody else can enjoy it. That’s not sharing motivated by generosity. And the message is that what somebody else wants is more important than what she wants.

I want my children to be generous and to think about others, of course. But, let’s say I’m on the phone with you right now. If my child wants the phone, should I teach her that just because she wants it she should get it? Shouldn’t she learn to be considerate, to recognize I’m doing something important? This is what we don’t get across to children when we simply tell them to “share.”

JS: What should you say instead, then?

JL: Well, think about it. If I’m on the phone and my child wants the phone, I can say, “As soon as I’m off the phone, I’ll give it to you.” It’s the same thing with kids playing with a toy. We can help kids learn to ask another kid if they can play with it when they’re done. And empathize if it’s hard to be patient. When children are engaged in a game or with their toys, that is their whole world—just like when you’re on the phone or reading a book. We need to take time to show respect to our kids and their desires; then we can help them negotiate the solutions.

JS: You say parents shouldn’t try to motivate their children by saying, “What a big boy you are!” Why is that?

JL: People will often say that to children to get them out of diapers. Don’t you want to be a big boy? We think we are encouraging them; but, what we’re really doing is shaming them. And it’s really all about what we want, not necessarily what they are ready for.

Sadly, the message we’re sending is: Big is better. You don’t want to be like a baby, because being a baby is bad. But, children need to be where they are at developmentally. I learned this from the Resources for Infant Educarers—an organization founded by Magda Gerber in the 70’s, who was an educator mentored by the pediatrician, Emmi Pikler. The important principle I learned was to trust your children—to let them grow at their own pace. Don’t rush them.

“Trying to move your children along their developmental path before they’re ready can be very traumatic for a child. ”

We often see parents walk their children by holding their hands overhead, thinking they’re helping when they’re actually not. A child’s body will never be as coordinated or as strong as it would have been if we let them go through every phase of learning to walk on their own.

The same problem occurs with “luvvies” or baby blankets. About 60 percent of children have a fluffy [toy] or blanket—a transitional object—that helps them feel safe when they move away from their parents out into the world. But, sometimes parents are embarrassed by their kids carrying these around and decide their kids are too old for it. Telling them, “Be a big boy!” is basically saying, “You should be more comfortable in the world than you are.”

Trying to move your children along their developmental path before they’re ready can be very traumatic for a child. Taking away a transitional object before the child is ready to give it up is the wrong approach, because it means that the thing giving them comfort is now no longer available to them. They will let go of it in their own good time.

JS: You write that making kids say thank you isn’t necessarily good. But, research shows that gratitude is good for kids, and manners help them negotiate their social world more successfully.

JL: I think people have gotten the message that I’m against manners, or against being considerate. I’m not against that, certainly! What I am against is treating children as if I’m a ventriloquist and they have to say what I want them to say, when I want them to say it.

Primarily, when it comes to gratitude, I believe it’s more important to be a role model for my children than to tell them what to say. If I want them to be grateful, I thank them; I talk to them considerately. I also am appreciative of the people around me. From a very young age, children take cues from their parents. When I say thank you, and someone says, “You’re so welcome,” my children see how nice the interaction is. They want to get in on that, though that’s not to say that they’ll do it in the timeline that I want.

It doesn’t mean I don’t remind my kids to write thank you cards when they get gifts. They wouldn’t necessarily know to do that on their own—they need reminders. But, what I object to is treating them like puppets if they don’t say thank you to Grandma while Grandma is right there. We wouldn’t do that to a friend or another grown up, but we think nothing of doing it to children—as if our child doesn’t feel the humiliation. They do feel it, and they get the message that it’s OK to teach someone manners by humiliating them. 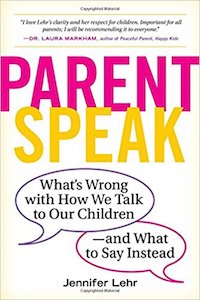 JS: It seems that parents are often shamed about their children’s behavior in public spaces. How do you suggest that they cope with this?

JL: I try to tell parents that it’s OK not to sacrifice their child at the altar of public opinion. Every child is very different. Some work through their emotions quickly while others need more time.  These things can’t be rushed. If your child is yelling or crying, I would suggest getting down on the ground at their level and saying, “Honey you’re having a hard time, and I’m sorry. I’m here and we’re going to get through it.” Or, if you’re in the middle of a play or something, you can always say, “Honey let’s go off to the side here where we can have more privacy; I want you to feel comfortable.”

So often, we have expectations for our children that are not realistic, and we set them up for failure. We pick them up from school and decide to do that one last thing—go to the grocery store—and drag them with us. But they’ve already been at school all day; they’ve already had soccer practice; they’ve gotten into a fight with their friend, and they’re hungry and tired. Depending on their age and their temperament, they can only take so much. So, we can’t be surprised if they react.

It’s important to know—and to model for others—that a child who is feeling frustrated, hurt, misunderstood or angry is not bad, though this is all too often message our culture sends. Feelings are only bad if we let them stay trapped in the body. Kids need help understanding their feelings and support working through them.

JS: What can parents do to guide their children’s behavior in better ways?

JL: Whatever children are doing—crying in the market, kicking and screaming—they’re trying to express a need (or two or three) in the best way they know how, given their age, their level of development, what they’ve learned, and the options available to them. A child “misbehaving” is actually a child giving accurate information about what they need. That’s a very hard concept for people to wrap their head around.

It took me years to understand this. But, once I understood it, I looked at the world in a whole new way. You’re not going to help your child by expecting higher-level thinking from them. You need to acknowledge first what they are telling you by their behavior and then try to figure out how to satisfy their need in way that works for all.

JS: I think many people reading your book would agree with your points; but in moments of stress, they may resort to using parent speak. What can they do to guard against that?

JL: It can be hard to change habits—especially because some have taken generations to form. So often the way we respond is the way we were responded to as kids because it was wired into our brains. We are going to mess up…a lot. We need to be gentle with ourselves.

But, when we mess up, there’s still an opportunity to show our children that we’re human and that we made a mistake. When things calm down, you can tell your child you weren’t happy with what you said. You can say what you wish you’d done instead. And that models for them apologizing and taking responsibility.

Another thing that may help parents change how they talk to their child is picking just one thing at a time. Start with something easy; something that’s more doable. And then you can kind of build on your skills and confidence. I also think that taking classes can help, or finding a support group. I found that talking with supportive friends struggling with the same issues helped me and made me realize that I wasn’t an outlier.