How has the COVID-19 pandemic affected people’s trust in government and their leaders? 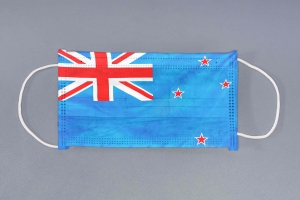 In one country, according to a new study, decisive action increased people’s sense of unity, patriotism, and confidence in their government.

Researchers based at the University of Auckland had been gathering information for 11 years on the social, psychological, and physical health of 60,000 New Zealanders as part of a study called “The New Zealand Attitudes and Values Study (NZAVS).” When the viral outbreak occurred, they had a ready way to compare pre- and post-lockdown social attitudes.

About 18 days after lockdown orders took effect, the researchers surveyed 1,000 or so NZAVS participants about how they were doing and their levels of trust in their government, in science, and in the police. Then, they compared their answers to those of different NZAVS participants who’d answered the questions just before the pandemic hit (but were matched on several factors, including age, race, place of birth, gender, health diagnoses, education levels, and socioeconomic status). The researchers also compared participants’ new answers to the ones they gave a year earlier.

In this way, the researchers could measure changes in trust and well-being between groups and within individuals. In both analyses, they found that sheltering-in-place significantly increased people’s trust in government and their civic institutions, satisfaction with their government, and patriotism.

Lara Greaves, one of the study coauthors, says she was surprised by the strength of these findings. “Though the boost in satisfaction with government is quite consistent with the ‘rallying around the flag’ effect that people have found in other disasters or tragedies—for example, after 9/11—we didn’t necessarily expect it to be that large of an effect,” she says.

She and her colleagues also found that though people suffered slightly more distress during the lockdown, there were no significant differences in psychological factors—like rumination, a sense of belonging, perceived social support, general satisfaction with life, or personal relationships. In fact, some participants even reported positive effects on their well-being—like less fatigue than before the lockdown—perhaps because being stuck at home gave them a chance to relax more and avoid long commutes.

Though it’s not clear why people felt relatively OK during the early days of lockdown, Greaves found that they reported a greater sense of community, which seemed to be tied to less distress.

She also points to New Zealand’s governmental policies, which provided income protections for individuals and subsidies for businesses affected by COVID-19. These social safety nets could have also given people a sense of unity, she says, helping them to be resilient in the face of potential economic stressors.

Whatever the case, the news is good for governments that take collective action to protect citizens in times of crisis. Encouraging national unity around a rapid response to the virus not only prevented its spread, but improved social cohesion and patriotism—at no political cost to government leaders.

Greaves warns that these findings only applied to the first few weeks of lockdown. Trust levels could change over time, as economic issues come more into play or people grow tired of living under restrictions. Her cohort of NZAVS researchers will be continuing to study these factors over time.

She also thinks that people’s different realities during lockdown—for example, if someone loses their job or has less access to quality health care, as do many Maori (indigenous people of New Zealand)—might also influence whether their individual trust levels go up or down. So, she doesn’t want to make blanket statements about the social benefits of going through a disaster together, when some groups may be suffering more than others. Different citizens may need different responses and levels of support during this crisis, she notes.

However, the results do give her some hope that collective action could be less politically damaging than people might think—especially with the right messaging. In New Zealand, the government made sure right from the beginning to use unifying messages—like calling the campaign “Unite Against COVID-19” or referring to citizens as “our team of 5 million”—to cue people about how they should view their collective efforts.

“They’ve been really working on that point and trying to encourage that in us, and I think it’s worked quite well,” says Greaves.

Interestingly, New Zealand is much like the United States in that there is a large faction of citizens who resist government interference in their lives, says Greaves. But, she adds, the fact that people felt more united through this experience could bode well for other crises requiring government interventions.

“It’ll be interesting to see how big decisive action, and the government doing a good job, might change people’s reaction to other issues requiring a coordinated effort, such as climate change or other disasters,” she says.