Last month, the Supreme Court repealed Roe v. Wade, taking away a woman’s constitutional right to an abortion. Already, several states have used that ruling to enact state laws banning abortion. In some cases, receiving an abortion or providing one, even in cases of rape or incest, is a crime punishable by imprisonment or hefty fines. 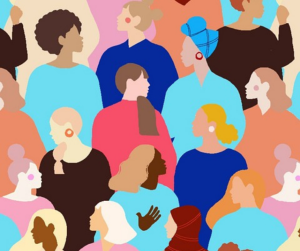 Though people may argue over whether this ruling is sound or not, it likely spells disaster for women’s health and well-being. That’s because research suggests women who have the right to choose whether or not to give birth are happier, healthier, and more economically stable than those who don’t. And their children benefit, too, by having a mother who can afford to nurture and provide for them better.

How do we know this? Mostly from data coming out of the “Turnaway Study”—a long-term, prospective study that followed hundreds of women seeking abortions at different clinics around the country who were either given an abortion or denied one (because of gestation limits for an abortion). By comparing the well-being of these women—who except for receiving an abortion or not were very similar to one another—researchers could more accurately assess the impacts of losing abortion rights.

Here are some of the findings from that important study (and others) about the benefits of receiving an abortion when you want one.

Many women are made to feel guilty about seeking an abortion; at times, the circumstances surrounding their choice can involve stress and negative emotions. Does getting the abortion hurt their mental health? Not in most cases. In general, women who get a desired abortion tend to have better mental health—even in the short term—than their peers who are denied one.

In one study, researchers compared women who received an abortion to those who were turned away and found that they had less anxiety, higher self-esteem, and greater life satisfaction one week post-abortion. As time went on, the two groups converged and both fared similarly in terms of their psychological well-being. But it’s clear that getting an abortion had no ill effects, and provided some short-term advantages, for a woman’s mental health.

In another study, researchers looked at the psychological well-being of first-time parents and found no evidence that having had an abortion negatively impacted a woman’s mental health or that it affected her sense of efficacy in raising her children. On the other hand, women who gave birth to an unwanted child (before Roe v. Wade allowed women to have legal abortions) were shown to be more depressed in middle age than women who’d had a wanted childbirth, planned or otherwise.

Of course, that’s not to say that women never suffer emotionally when having an abortion. Someone who really wants to be a mother, but is making the decision to end her pregnancy for economic or health reasons, would likely feel grief.

However, the research to date shows that there is no inherent psychological downside of getting an abortion if you want one—while the opposite may be true for being denied one. That is why the American Psychological Association issued a statement against the court’s ruling.

While some have argued that abortions have health risks, those pale in comparison to giving birth. Legal, medically supervised abortions are relatively safe for women. If we don’t keep them that way, women may seek to abort unwanted pregnancies on their own, putting themselves at greater risk for health complications.

One study found that women who wanted an abortion and were able to get one had better overall health five years later than a comparison group of women who were denied an abortion. About 20% of them reported that their health was only fair or poor compared to 27% of women giving birth, and they had fewer chronic headaches, migraines, and joint pain, too. As demographers estimate, a ban on abortions will likely have dire consequences for a large number of women, with the poor and less educated suffering most.

The two most common reasons women choose to get an abortion are economic instability (they can’t afford to care for a child right now) and poor timing (it might interfere with their educational or career goals). Given that, it makes sense that women who can get an abortion may have better incomes and more stability in their lives. Research bears this out.

As one study showed, having a child later in adulthood substantially increases earned wages for women, especially if they’re college-educated. But the ability of a woman to choose to delay motherhood is affected by whether or not she can obtain an abortion if she wants one, obviously—which suggests that women who have access to abortions also have an economic advantage.

The negative effects of not having reproductive freedom were supported by a study published by the National Bureau of Economic Research. In the study, researchers found that “women who were denied an abortion experience a large increase in financial distress that is sustained for several years.” Some of the economic fallout of being denied an abortion included an increased risk of lingering debt, evictions, bankruptcies, and poor credit ratings.

This means women who received an abortion fared better economically and were better able to stay out of poverty, not only helping themselves, but their other children, as well.

When a woman has access to an abortion for an unwanted pregnancy, she is better able to care for the other children she has (or eventually has).

In one study published in JAMA Pediatrics, researchers compared babies born to a woman denied an abortion (called an “index” baby) to babies born to a woman after she was able to procure an abortion for an earlier pregnancy (“subsequent” babies). Findings showed that mothers were less able to bond with index children than with subsequent children.

In addition, studies found that the existing children of a woman seeking an abortion fared better developmentally six months to 4.5 years later if the woman was given (versus denied) an abortion. This means that the children living with a less-stressed mother demonstrated some combination of better fine motor, gross motor, receptive language, expressive language, self-soothing, and social-emotional skills than children born to a woman denied an abortion. The children were also less likely to live below the poverty line.

Of course, some of these benefits of having access to abortion would be even more pronounced if we lived in a country where there was support for a woman’s right to choose their own reproductive destiny. When countries have better access to abortion, maternal deaths decline, which certainly benefits those women’s children, while abortion rates do not change much (or may even be higher) if abortion is illegal.

If the United States truly wants to protect women and their children, research suggests that they should look to countries whose governments provide universal social welfare programs that benefit families—things like free, widely available prenatal care, health care, parental leave, and child care for working mothers, regardless of their ability to pay. If we had similar policies here, it might not only help those children who are wanted, but also help those who aren’t.