Why should anyone thank you for just doing your job? And why should you ever thank your coworkers for doing what they’re paid to do?

These are common questions in American workplaces, often posed rhetorically—and sometimes with hostility.

Elsewhere in American life, we say “thank you” to acknowledge the good things we get from other people, especially when they give out of the goodness of their hearts. We say “thanks” at home and in school, in stores and at church.

But not at work. According to a survey of 2,000 Americans released earlier this year by the John Templeton Foundation, people are less likely to feel or express gratitude at work than anyplace else. And they’re not thankful for their current jobs, ranking them dead last in a list of things they’re grateful for.

It’s not that people don’t crave gratitude at work, both giving and receiving. Ninety-three percent agreed that grateful bosses are more likely to succeed, and only 18 percent thought that gratitude made bosses “weak.” Most reported that hearing “thank you” at work made them feel good and motivated.

But here comes the messed-up, mysterious, and interesting part: Almost all respondents reported that saying “thank you” to colleagues “makes me feel happier and more fulfilled”—but on a given day, only 10 percent acted on that impulse. A stunning 60 percent said they “either never express gratitude at work or do so perhaps once a year.”

In short, Americans actively suppress gratitude on the job, even to the point of robbing themselves of happiness.

Why? It may be because in theory, no one gives away anything at work; every exchange is fundamentally economic. You don’t deliver that memo to your boss at three o’clock sharp out of the goodness of your heart, but because that is what you’re being paid to do. Your “thanks” is a paycheck. Fail to do what you’re “asked,” and you may not see another one.

Tellingly, only those who earned $150,000 or more were likely to express any gratitude for their jobs, according to the Templeton survey. This hints at one of the factors that undermines gratitude at work: power and pay imbalances. In a study published in January of last year, M. Ena Inesi and colleagues found that people with power tended to believe others thanked them mainly to kiss their butts, not out of authentic feeling—and as a result of this cynicism, supervisors are themselves less likely to express gratitude.

Indeed, the Templeton survey found that 35 percent of respondents believed that expressing any gratitude could lead coworkers to take advantage of them. When we acknowledge our interdependency, we make ourselves vulnerable. (And in fact, gratitude is not always the best response—see Amie Gordon’s essay “Five Ways Giving Thanks Can Backfire.”)

The result is a vicious, culturally ingrained circle of ingratitude, which can have a terrible effect on workplace morale and cohesion. Why should this be the case? Because the need for a paycheck is only one of the motivations we bring to work. We don’t just work for money. We also work for respect, for a sense of accomplishment, for a feeling of purpose. We invest our selves and our emotions into our jobs, and work affects our emotional states.

Gratitude is a non-monetary way to support those non-monetary motivations. “Thank you” doesn’t cost a dime, and it has measurably beneficial effects. In a series of four experiments, psychologists Adam Grant and Francesca Gino found that “thank you” from a supervisor gave people a strong sense of both self-worth and self-efficacy. The Grant and Gino study also reveals that the expression of gratitude has a spillover effect: Individuals become more trusting with each other, and more likely to help each other out.

The benefits of gratitude go beyond a sense of self-worth, self-efficacy, and trust between employees. When Greater Good Science Center Science Director Emiliana Simon-Thomas analyzed data from our interactive gratitude journal Thnx4.org, she found the greater the number of gratitude experiences people had on a given day, the better they felt. People who kept at it for at least two weeks showed significantly increased happiness, greater satisfaction with life, and higher resilience to stress; this group even reported fewer headaches and illnesses.

Building a culture of gratitude at work is not easy, but the science says it’s worth it. So here are five research-tested tips for fostering gratitude on the job.

This is one of the clearest takeaways from research into workplace gratitude: Employees need to hear “thank you” from the boss first. That’s because expressing gratitude can make some people feel unsafe, particularly in a workplace with a history of ingratitude. It’s up to the people with power to clearly, consistently, and authentically say “thank you” in both public and private settings.

These efforts can also translate into protocols and procedures. When hiring someone new, bosses can ask: How do you wish to be thanked? When an employee leaves, throw them a goodbye party and take a moment to express appreciation for their qualities and contributions. Gratitude can also be built into performance reviews and staff meetings, where five minutes can be allocated for people to say “thanks” to each other.

2.  Thank the people who never get thanked 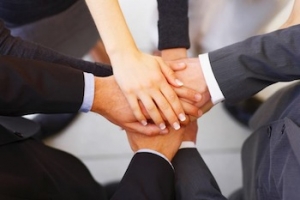 Every organization has a class of employee that hogs all the glory. In hospitals, it’s doctors. At universities, it’s faculty. And every organization has high-profile individuals. But what about those who cut the checks, submit the invoices, mop the floors, write the copy?

Thanking those who do thankless work is crucial because it sets the bar and establishes the tone. Yes, faculty do the research and teaching core to a university’s mission, but without a cadre of staff behind them they’d have to raise money for their own salaries and empty their own wastebaskets. Public appreciation of, for example, administration and physical plant staff makes their contributions visible and thus broadens everyone’s understanding of how the organization functions—and needless to say, it improves morale and increases trust.

3.  Aim for quality, not quantity

Forcing people to be grateful doesn’t work. It feeds the power imbalances that undermine gratitude in the first place, and it can make expressions of gratitude feel inauthentic.

The key is to create times and spaces that foster the voluntary, spontaneous expression of gratitude. It’s also the case that studies consistently show that there is such a thing as too much gratitude—it seems trying to be grateful everyday induces gratitude fatigue.

How do you convey authenticity? Details are decisive. When you are specific about the benefits of a person, action, or thing, it increases your own appreciation—and it tells a person that you are paying attention, rather than just going through the motions.

4. Provide many opportunities for gratitude

When people are thanked for their work, they are more likely to increase their helping behavior and to provide help to others. But not everyone likes to be thanked—or likes to say “thank you”—in public. They may be shy or genuinely modest.

The key is to create many different kinds of opportunities for gratitude.

For example, research consistently finds that keeping a gratitude journal makes you twenty-five percent happier. Can an office keep a journal? Of course!

The Administration and Finance office of the University of California, Berkeley, created an appreciation platform that allows employees to recognize each other’s contributions, which feeds into a “Kudos” webpage that publically highlights these contributions.

You don’t need to build a website—a bulletin board will do, sometimes called a “Gratitude Wall.” But this kind of project will work best if it encourages the “thank you” to target actual human beings instead of things. We are all thankful for coffee, for example, but the gratitude should go to Mary, the administrative assistant who makes the coffee every morning.

Gift-giving is another way to foster gratitude. Research shows that giving gifts may have an important effect on working relationships and reciprocity—and non-monetary gifts are the most beneficial of all.

Giving creates gratitude, but giving can also be a good way to express gratitude, especially if the person in question is shy. You can say “thanks” by taking on scut work, lending a parking space, or giving a day off. These kinds of non-monetary gifts can lead to more trust in working relationships, if it’s reciprocal, sincere, and altruistically motivated.

There is one more, quite tricky way of fostering gratitude: Research points to the notion that gratitude might have positive effects on transforming conflicts, which can benefit the organization and working relationships. How do you do that?

It starts with the one charged with mediating the conflict: For example, a supervisor with two bickering employees might open a meeting by expressing sincere appreciation of both parties. Throughout the process, that person should never miss an opportunity to say “thank you.” The research says this attitude of gratitude will have a positive feedback effect, even if results aren’t obvious right away.

5. In the wake of crisis, take time for thanksgiving

Cultivating a culture of gratitude might be the best way to help a workplace prepare for stresses that come with change, conflict, and failure. Making gratitude a policy and a practice “builds up a sort of psychological immune system that can cushion us when we fall,” writes psychologist Robert Emmons. “There is scientific evidence that grateful people are more resilient to stress, whether minor everyday hassles or major personal upheavals.”

Gratitude helps employees to see beyond one disaster and recognize their gains. Ideally, it gives them a tool “to transform an obstacle into an opportunity,” as Emmons writes, and reframe a loss as a potential gain. If your office has gone through a crisis, hold a meeting with the aim of gaining a new perspective on the incident. Emmons proposes a series of questions to help people recover from difficult experiences, which I’ve adapted for the workplace:

The science says we Americans need to overcome our aversion to gratitude on the job, and come to see it as just one more career skill we can cultivate alongside skills like communication, negotiation, and forgiveness. It’s something anyone can learn—from which everyone will benefit.