How does that make you feel?

You might think that’s a question more appropriate to an adult therapy session than a conversation with a toddler, but a recent study might make you think twice. The study suggests that encouraging young kids to identify and discuss emotions might make them more likely to act kindly toward others as they get older. 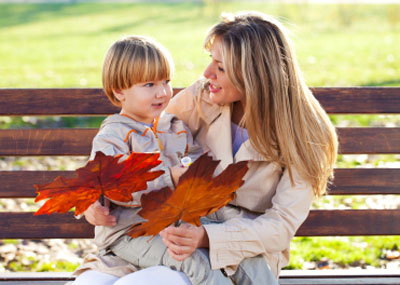 The study, published in the journal Social Development, involved 102 pairs of mothers and children living in the UK.

When the children were two years old, and again when they were three, the researchers measured their verbal ability and their ability to understand emotions. The researchers also observed interactions between the mothers and children and examined whether the children would share toys or food with a stranger his or her own age.

The researchers, who are based at the University of Cambridge, followed up with the children when they were four years old, again measuring their verbal abilities, emotion understanding, and relationship with their mothers. But this time the researchers also conducted an experiment to see if the children would share stickers with a friend or keep the stickers for themselves.

They found that children who showed a greater understanding of emotions at age three were more likely to share with a friend at age four. They also found that kids who had stronger verbal skills or seemed closer and more in-tune with their mothers at age two were also more likely to share at age four, as long as they’d also demonstrated a strong understanding of emotions at age three.

Taken together, the results suggest to the researchers that “children’s abilities to detect and reflect on feelings” are strongly linked to kind, helpful—or “pro-social”—behavior.

So “how do you feel?” might not be such an inappropriate question for children after all: The researchers suggest that talking about emotions might be a key to developing this type of emotional intelligence in kids. Young kids who have a close, connected relationship with their mothers frequently discuss their feelings and other people’s feelings, note the researchers, and these types of conversations might deepen their understanding of emotions—which, in turn, makes them more likely to help others.

that pic is so amazing ..
very emotional

Thank you for this very important article.  I have 4 children and two who are highly emotional.  Sometimes society looks at that as a negative.  Our Charlotte pediatrician has shared many similar thoughts as this article that we need to openly talk about feelings (“I’m sad, angry, hurt, happy…”) with these kiddos so they can appropriately express themselves.  When they understand their own feelings and emotions then they can better understand their friends, parents, siblings, etc.  Great article.  Thank you!

“The study, published in the journal Social Development, involved 102 pairs of mothers and children living in the UK.” That should be pretty well rounded….

Good study. Thanks for the article!

That’s an interesting study, especially the part that connects verbal skills at age 2 to willingness to share at age 4. My daughter is 2.5, she doesn’t really talk- just babbles in her own kid-speak. Her verbal skills are far below those of her younger cousins, yet (and she’s an only child), she’s got to be one of the most generous kids I know. I wonder if this willingness to share will change by the age of 4.