Do politicians get more done if they are more prone to virtue or to vice, if they are inclined toward justice and humanity or toward a self-serving social strategy?

New research from UC Berkeley shows that stable virtuous traits enhance the ability to convert power into influence, at least when it comes to the 151 members of the US Senate who served between January 1989 and December 1998. 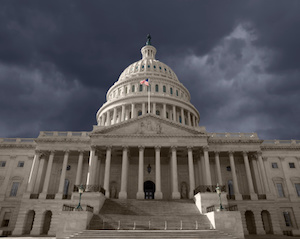 The study, recently published in the journal Psychological Science, concluded that exhibiting virtuous traits was a plus in terms of getting others in Congress to co-sponsor proposed legislation (after a senator ascended to a committee chair role), while the exhibition of vices provided no such boost. There were no significant differences in virtues or vices between Republicans and Democrats.

The UC Berkeley-led team assessed 141 male and 10 female members of Congress for behavioral signals of vices and virtues that they displayed on C-SPAN videos. It took a trained team of research assistants close to a year to evaluate the first minute of one video per senator that was randomly selected for observing verbal and nonverbal behavior.

Here are some examples of how they measured virtuous behavior:

Meanwhile, here are some examples of how vices were measured:

In this C-SPAN video, researchers note, the late Senator Paul Wellstone exhibited several behaviors reflecting courage. They ranged from his steady and emphathic speech to his narrowed eyebrows.

Researchers said they chose the first minute of each video because those segments tended to be more standardized than other recordings, were generally uninterrupted, and usually began with a formal request to enter their speech into the record, followed by a short description of their legislation or issue. This information was compared with the senators’ abilities to enlist colleagues as collaborative rather than symbolic co-sponsors on legislation. The latter can be distinguished from the former because such bills tend to include a large proportion of all senators as co-sponsors.

The findings contribute to a long-standing debate about the role of morality and ethics in leadership and support the contentions of Greek philosopher Aristotle over his Italian Renaissance counterpart Niccolo Machiavelli, who argued that the manipulative and emotionally detached are more likely to succeed.

“Senators who exhibited signs of being virtuous became more influential when they were appointed to leadership roles,” wrote the collaborators. “In particular, courage, humanity, and justice are all necessary when a person acts in the interest of other people and may be especially relevant for the success of politicians.”

The researchers said their results have important implications for voters. “Citizens would be wise to consider a candidate’s virtue in casting their votes, which might increase the likelihood that elected officials will have genuine concern for their constituents and simultaneously promote cooperation and progress in government,” they wrote.

At the same time, the researchers said their work represents US politics in a specific historical era, and that they could not rule out the chance that in other contexts or periods of history, more Machiavellian approaches to influence might yield different results.

The researchers who produced the paper include UC Berkeley’s Leanne ten Brinke, Sameer Srivastava, and Dacher Keltner (co-director of the Greater Good Science Center), and the University of Toronto’s Christopher Liu. As a next step, Srivastava said that he and Liu will be exploring language use in the US Senate to see what it can reveal about influence dynamics among members. Keltner and ten Brinke are examining virtues and vices among hedge fund managers, who ten Brinke said operate in an arena “where virtue may not be the best strategy.”

A version of this article was originally published on Berkeley News. Read the original article.