In highly competitive industries, like politics or finance, many people assume that you need to be cutthroat and merciless to be successful. Otherwise, you won’t win the hard battles or take big risks for big returns.

But a 2016 study found that U.S. senators displaying more ruthless, psychopathic behaviors had less support among colleagues for their proposed bills. And now, another study recently published in Personality and Social Psychology Bulletin reveals that walking all over others may not be the best strategy in high-stakes investing, either. 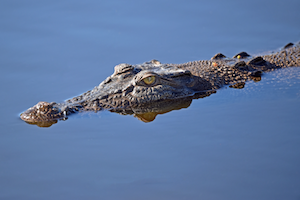 “We’re getting this converging evidence now from the financial sector, from organizational behavior, and from government suggesting that while we believe that a cutthroat approach is what garners success, that’s not really the case,” says lead author Leanne ten Brinke.

In this study, researchers analyzed interviews of over 100 hedge fund managers answering questions like, “What is your outlook on opportunities in the current market?” and “What is your philosophy on risk management?” Trained research assistants (unaware of the premise of the experiment) viewed short, random clips from these videotapes and looked for certain behaviors that research has tied to narcissistic, psychopathic (or sociopathic), and Machiavellian traits.

For example, if the managers demeaned others or excessively referenced themselves, these were signs of narcissism—a sense of grandiosity, entitlement, and superiority. If the managers seemed eerily calm, used over-the top flattery, or made incoherent arguments, these were signs of psychopathy—or a lack of empathy, shallow emotions, and antisocial or impulsive behavior. Lastly, displays of dominance (chin up, jaw thrust, expansive posture) suggested Machiavellian tendencies—a negative view of people and a willingness to manipulate or deceive others for personal gain.

The researchers measured the job performance of these same hedge fund managers by looking at the annual returns on their flagship (most important) investment fund over 10 years—the same period in which the videos were made, 2005-2015. They also looked at the managers’ Sharpe ratios (return/risk) and Sortino ratios (risk-adjusted return) on these investments, providing some idea of how well the managers performed relative to risk.

Analyses were run to see how psychopathy, narcissism, and Machiavellian tendencies related to the hedge fund managers’ investing success. After controlling for the size and age of their firm, and other factors, they found that managers high in psychopathic traits performed significantly worse than those lower in psychopathy, earning about $162,000 (15 percent) less on a million-dollar investment over ten years.

According to ten Brinke, this finding counters conventional wisdom.

“People might believe they should invest their money with someone who is ruthless and callous, because they’ll be able to get the best returns on resources,” she says. “But these findings suggest that’s not the case and, in fact, the case is the exact opposite.”

Ten Brinke and her colleagues also found that more narcissistic managers had lower risk-adjusted returns (Sharpe and Sortino ratios), even though their overall yearly returns were not lower compared to less narcissistic managers. This indicates that narcissists tend to take greater investment risks and see more fluctuations on returns.

Though the researchers didn’t study why this might be—for example, they didn’t measure the number of investments made or the length of time each investment was held—ten Brinke thinks that it may have something to do with narcissists being overly confident.

“If narcissistic managers have a high conviction about an investment, but see the investment moving against them, they may be less likely to pull out of that investment—they might double down,” she says. “Narcissists tend to have high self-confidence in their ideas.”

Since Machiavellian tendencies were unrelated to financial returns, the researchers couldn’t conclude that these characteristics hurt a hedge fund manager’s performance. But, neither can they say that they were helpful.

Why might these traits be bad for business? Besides narcissists’ tendency to be overconfident, ten Brinke points to other research that has found that psychopaths don’t have very high regard for other people’s money, and so they tend to be fast and loose with it. Additionally, in any organization where you are trying to get the best out of your employees, it helps to have a personality that encourages cooperation.

“If you look for individuals with different levels of expertise to come together to make a decision, it’s possible a manager with more psychopathic traits is not going to get the best performance out of those individuals,” she says.

Ten Brinke’s research builds on prior work that has found psychopathy to be a problem in work settings and leadership positions. Similarly, researchers have found that acting in a civil way in the workplace has benefits for both your reputation and productivity. In his book The Power Paradox, Greater Good Science Center founding director Dacher Keltner argues that power and successful leadership, at least in the long term, are tied to more “prosocial” (kind and helpful) behaviors than antisocial behaviors.

In fact, argues ten Brinke, our cultural view of what makes a good investment manager—or a great leader of any kind—may be totally off base. She hopes that her research will encourage people to check their assumptions before choosing who they want to manage their money…or to run their country.

“While maybe it’s contrary to our intuition or our cultural picture, I think we can be more productive as a society if we change our thinking about what makes a good leader,” she says.