Holding a door open for a parent struggling with a stroller, giving money to a person in need, picking up something that a stranger dropped—these are all activities that you may do practically automatically. But why? Why do people do things that benefit strangers even when they may incur a personal cost?

Being kind feels good, research has discovered. But a new study, published in the journal Cognition, suggests that our generosity might also be shaped by the institutions in our society—and that stronger institutions create more generous citizens. 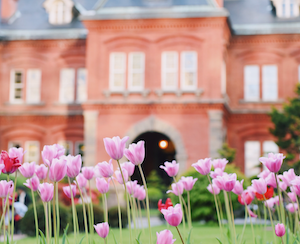 To test the relationship between institutional integrity and generosity, Yale University researchers Michael N. Stagnaro, Antonio A. Arechar, and David G. Rand asked 707 Americans to report their confidence in two particular institutions—police and the courts—and to play two online games.

The first game, the Dictator Game, tested each participant’s generosity by asking her to act as a “Dictator” and divide 30 cents between herself and an anonymous recipient.

The other game, the Third-Party Punishment Game, tested how much participants would punish selfish behavior by allowing them to act as a “Sanctioner,” who could reduce another Dictator’s take-home pay after observing their interactions with a recipient.

While the researchers found no relationship between institutional confidence and punishing selfishness, they did find that people who were more confident in institutions gave away more money on average in the Dictator Game.

Interestingly, the authors found that this was not because people who reported living under higher-quality institutions gave lots of money. But they were more likely to give something instead of nothing than people who weren’t as confident in institutions.

“This pattern suggests that people hold some notion of what the ‘right’ way to act is (e.g., giving half in the Dictator Game), and the institution shapes people’s willingness to act on this knowledge,” write the researchers.

When the researchers repeated the Dictator Game experiment with 1,705 additional American participants, they once again found a positive relationship between trusting institutions and giving more.

These results suggest that stronger institutions may lead to greater generosity, but they do not prove a causal link. Perhaps more generous people are more likely to view their institutions as being strong? Perhaps having a citizenry of more altruistic people makes for trustworthy institutions? Or perhaps there is another unidentified factor that leads to both quality institutions and generous people?

To tease apart these possibilities, the researchers recruited 516 additional American participants for a second experiment that tested whether a proxy for institutional quality—whether rules either did or did not punish selfishness in an online game—would lead players to be generous to strangers.

Groups of three participants played rounds of a Public Goods Game where they were allotted points that they could choose to keep or donate to a group pot. Points in the pot were to be multiplied by either 1.2 or 1.5 and then divided evenly among the group members. This meant that the group benefited if everyone donated all their points to the pot, but individuals could make the most by being selfish (assuming the others were generous).

In some versions of the game, participants were told that there was a certain probability that their contribution would be inspected each round and, if inspected, they would be fined 1.5 points for every point they chose to keep for themselves. The probability of inspection was 0, 5, 10, 15, or 20 percent.

Adding a chance of being inspected—whatever that chance was—dramatically increased generosity. In the absence of any chance of inspection, people gave an average of around 45 percent of their points to the group. But a potential inspection shot that number up to around 80 percent. This was despite the fact that participants could have made more money by being selfish and paying the fine in any of the scenarios.

Having some type of institutional punishment for selfishness—even if it’s relatively mild—appears to radically increase cooperative behavior. But would that generosity spread to outside the game?

In short, yes. Participants who had played a version of the Public Goods Game where players were sometimes punished for being selfish were more willing to give money to a stranger in a later Dictator Game, compared to those who played without inspections.

In other words, the generosity invoked by having an inspector in the Public Goods Game carried over to a completely different game and seemed to encourage people to act more generously, even when there was no enforcement mechanism or reward for doing so.

These results suggest that living in a society with institutions we can trust to help enforce societal norms—be they courts, police, schools, religious institutions, or political parties—may have positive effects on citizens that spill over into everyday acts of kindness.

“Our theory argues that high-quality institutions hold people accountable and therefore incentivize cooperation, leading people to cooperate in daily life, which in turn leads people to internalize cooperation (and thus cooperate even in settings beyond the reach of the institution),” write the authors.

This study may help explain why we do things that benefit people we may never see again, as well as why some cultures are more cooperative than others.

“The institutions that govern our lives help to shape our willingness to choose ‘right’ over ‘wrong,’” write the authors. That’s something to think about the next time you get pulled over for speeding or audited by the IRS. These inconveniences might be a small price to pay to live in a cooperative and moral society.