When faced with peer pressure and a culture of violence in many schools, parents may wonder what—if anything—they can do to raise peaceful kids. 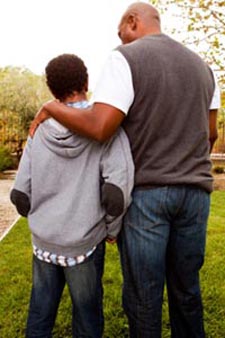 But a recent study offers some hope, suggesting that parents can often trump violent influences by advocating nonviolent conflict resolution and modeling peaceful behavior in their homes.

In the study, published in Child Development, researchers from Virginia Commonwealth University and the University of Illinois studied more than 5,500 students at 37 middle schools in the southern United States over a period of three years. They focused on kids at this age because past research has found that aggressive behavior escalates throughout middle school, when students are transitioning from childhood to adolescence.

The students filled out a questionnaire that asked them to report how frequently they acted aggressively, their school’s attitudes toward violence, the number of friends they had who engaged in aggressive behavior, and whether their parents supported fighting or nonviolence.

Not surprisingly, students who associated with aggressive peers, attended schools where violence was the norm, or had parents who supported fighting were more likely to act physically aggressive. The researchers found that violent behavior in general increased throughout the three years of middle school, especially among girls.

But when parents actively advocated peaceful conflict resolution to their kids, on average those kids acted less aggressively, even if they attended violent schools.

However, the effects of parenting varied across gender and over time. When girls who went to violent schools also had parents who explicitly supported nonviolence, those girls were less aggressive—but the same wasn’t true for boys. On the other hand, among kids who had lots of violent friends, peaceful parenting messages were linked to less aggression for boys but not girls. Furthermore, the effects of these parenting techniques decreased as kids got older: Parents who began advocating nonviolent conflict resolution only when their kids reached eighth grade did not see significantly reductions in violent behavior.

The results offer an important message to parents: If you want your kids to practice kindness instead of violence, you should stress the importance of peaceful conflict resolution strategies from the time they are still young.

Still, the study also reminds us of the considerable challenges parents face against peer pressure and a culture of violence in schools, particularly when kids reach the age at which they are likely to become more aggressive. That’s why the authors advocate modifying programs that target middle-school parents: Instead of simply teaching disciplinary practices, as many programs currently do, the authors argue that they should also teach parents how to talk with their kids about violence and model nonviolent behavior.

“Such interventions might encourage parents to persist in their efforts and could counteract this discouraging developmental trend,” they write.

Or how about we insist on non-violent school choices?

In modern American society, parents, who are often overworked and stressed out, often spend much less time with their kids than peers, school teachers, baby sitters, computers and television. yet, parents are often held responsible. Sure, maybe those girls who go to violent schools but have pacifist parents really are less prone to violence than their peers, but to which degree? How much less? how much real difference does it really make in their general perception of violence?