Overall crime rates are down in the United States. But looking at the news, it’s hard to not despair. Police killings of unarmed black citizens makes us question the integrity of our police forces, while retribution killings of innocent police officers make us fear for their safety on the job. According to a recent Gallop poll, confidence in the police has dropped to its lowest level in 22 years.

Yet, there is some hope. Social scientists have begun joining forces with police to look at how police communication protocols and training can be changed to help increase community trust for the police and reduce the use of force—and help them work together to fight crime.

While the research is largely preliminary, some of the findings suggest that empathy—being able to see interactions from another’s perspective and understand the emotions involved—may play an important role in policing. Helping police to slow down their encounters with the public and to practice more respectful and empathic communication could go a long way toward reducing excessive force and unnecessary arrests, leading to more acceptance of their presence and role in the communities they are hired to protect.

“The police have to put the perception of police legitimacy as one of their major goals,” says David Weisburd, criminologist at George Mason University and director of the Center for Evidence-Based Crime Policy. 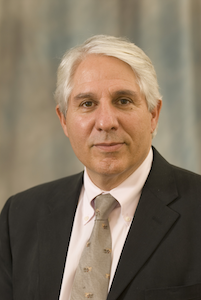 Weisburd is one of many researchers who argue that police need to change the way they interact with the public. Instead of looking at crime reduction as the only goal of policing, cops must also consider ways to build trust with communities—and being able to take the perspective of their members might be a critical first step.

Weisburd has done extensive research on “hot spots policing”—or how to focus police resources on high crime areas rather than dispersing them over wider areas within a city. Hot spots policing has had an overall positive impact on reducing crime, he says; but the stop-and-frisk tactics it entails can also create alienation and distrust of police, if it’s not done right.

“These might be outcomes that we don’t want to see,” he says. “The question becomes, what can we do to increase crime prevention and minimize these kinds of negative outcomes?”

A 2013 study found that when police used procedural justice techniques, versus standard protocol, during a roadside encounter involving a breath-analyzer, the drivers felt more satisfied with the interaction, were more cooperative, and rated police legitimacy higher than people did in more conventional traffic stops. In addition, a systematic review of studies on procedural justice techniques by Lorraine Mazzerole of the University of Queensland found that “the dialogue component of front-line police-led interventions is an important vehicle for promoting citizen satisfaction, confidence, compliance, and cooperation with the police.”

Despite results like these, though, Weisburd says that not near enough research has been done—especially research involving randomized controlled studies, the gold standard for science. Aiming to help correct that, he and a group of colleagues conducted a study with the Seattle Police Department to look at how a program called LEED—Listening and Explaining with Equity and Dignity—might affect outcomes.

In their study, a group of officers who worked in “hot spots” were randomly assigned to meet with a supervisor, who coached them on how to use LEED principles of conduct in their everyday police interactions.  This involved police explaining what they are doing and why, using calm and respectful language, and listening to members of the community, taking into consideration their perspective on what’s occurring. The supervisor communicated that the meeting was not disciplinary, but simply a way to reinforce department expectations for appropriate public contact.

The officers were then measured on arrest rates, use of force, and community complaints over a six-week period and compared to a control group of officers who hadn’t received the training. Results of the study, reported to the U.S. Department of Justice in May 2016, showed that those officers who’d received LEED training had significantly different behavioral patterns, including roughly 26 percent fewer arrests one week after the training and 12 percent fewer arrests within six weeks of the training than the comparison officers.

In addition, the officers who participated in LEED training were over 50 percent less likely to use force in an encounter, even though they were involved in the same number of encounters as other police.

The results are somewhat surprising given that police officers already routinely receive at least some training in techniques like these.

But, according to Emily Owens, criminologist at the University of Pennsylvania and lead author of the study, that training is relatively minimal and not reinforced over time. Instead, ongoing police training tends to focus on high risk/low probability events, like what to do in active shooter situations, leaving police undertrained for routine encounters, where LEED principles could help.

“Most police interactions are things like telling someone who’s walking down the street, ‘Get on the sidewalk,’ or an officer telling a citizen, ‘You have to move along; you’re loitering,’” she says. “Yet, potential problematic incidents that have occurred and drawn Department of Justice attention and, really, national attention—like Michael Brown or Eric Gardner—they started out as relatively mundane situations that escalated out of control.”

She argues that many police encounters go wrong because police have learned to automate their behavior over time—something anyone who is good at a job is bound to do. There’s s a tension in experienced officers between needing to be fast and efficient and needing to be more deliberate around gathering information and really listening to people, she says. If officers rely on automatic responses, it may leave them vulnerable to missing important clues in a situation and responding in ways that increase citizen distrust.

“What people seem to respond to when police are present has a lot to do with how officers gather information when they’re in a particular encounter,” she says. “Specifically, does the citizen have an opportunity to correct any errors that the officer might be mistakenly assuming about a situation?”

Results of the LEED study are consistent with the idea that, by encouraging officers to think slower (not faster) on their jobs and to use respectful, empathic communication with those they encounter, they will be less likely to over-arrest and use less force. “That’s consistent with—though not necessarily showing evidence of—citizens being more willing to cooperate with police officers, too,” says Owens.

Owens believes that an important aspect of the LEED supervisor meetings was that the supervisors mimicked what they expected the officers in the field to do—i.e., taking into consideration the individual in front of them without ceding control of the situation.

“We wanted to not just tell officers what to do, but to show them,” says Owens.

But can empathy also help in a crisis situation? Another police training program, called Crisis Intervention Training (CIT), suggests it can.

CIT aims at fostering empathy between officers and the most troubled members of the community. Similar to LEED, CIT teaches police to listen more and talk less during encounters, while talking calmly and respectfully. However, CIT was specifically designed to help police deal with volatile or mentally ill community members who may pose a threat to themselves or others.

A 2008 meta-analysis of CIT found that the training increased police officers’ confidence in handling crisis situations and helped them to diffuse the crisis without injuries. It also found that it decreased the officers’ emotional distance from the people they were dealing with. Another study shows that CIT-trained officers use less physical force in restraining a subject, and are better than officers without the training in making referrals to mental health services.

However, CIT is voluntary, which means that it’s difficult to sort out how much the training versus the officers’ own personal attributes led to these improvements. But, either way, it suggests that perhaps we need to consider how police are recruited in the first place. 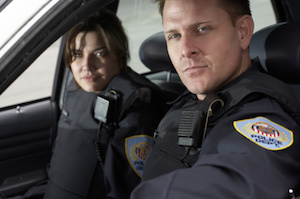 In a piece published in the New Yorker last year, Stanford University researcher Jamil Zaki praises programs like LEED that take into account the importance of empathy in policing.

But, he warns, too often empathy-building is sabotaged by a “warrior” mentality, in which police are given instructions to consider every person armed and dangerous, leaving them less able to take the perspective of the people they encounter and make wiser decisions.

One problem may lie in the way police are recruited to the job. In the piece, Zaki provides links to police recruitment videos that could not be more stark in their contrast: In one, policing is framed as a community service involving trust, empathy, and communication; in the other, policing looks like glorified military training with heavy-duty firepower prominently featured.

“If you wanted to decrease recruits’ empathy, you could scarcely do better than to enshrine a warrior mentality,” he writes.

Zaki may have a point: Changing police culture may be near impossible to accomplish if you start out by advertising for recruits attracted to gunpower and machismo.

Right now, he and others are running a large randomized controlled study in four cities to find out how procedural justice techniques affect policing. Weisburd hopes that results will show the program can improve community relationships while decreasing both crime and use of force. But, he says, even if they don’t, police should learn the techniques and use them with the public anyway.

“I want my police in a democratic society to treat citizens decently, irrespective of anything else,” he says.