The unprecedented level of political division in the United States has been worrisome to many Americans, but bridging that gap is not an impossible task, according to a Stanford sociologist. 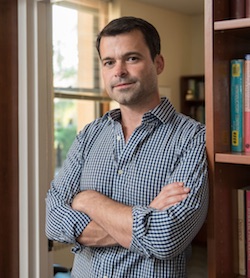 Robb Willer, a professor of sociology, has studied the rising polarization in the United States for several years, and he hopes his research will encourage politicians and others from different ideological backgrounds to listen and talk to each other in a more productive way. He spoke about his research with Stanford News, where this Q&A originally appeared.

AS: Many believe that the political divide in the U.S. is the worst it has been for a long time. Is that true?

RW: This is true in several important respects. A large body of research shows that liberals and conservatives tend to self-segregate into ideological silos, consuming different news, associating only with like-minded others, even choosing to live in different places. What I think is most concerning is the rising animosity between the left and right. A number of studies show that liberals and conservatives—and Democrats and Republicans—hold more negative views of one another than in the past. People avoid friendships and dating across these political divides. Research by Shanto Iyengar and my other colleagues finds that many Democrats and Republicans wouldn’t want their child to marry a supporter of the other party.

AS: What drives political polarization?

RW: That’s a great question, and the literature has many answers. Some emphasize party elites; others focus on psychology. One explanation highlights the way the political divide in our country is undergirded by a deep moral divide. Studies show that liberals and conservatives tend to endorse different values to different degrees. Liberals tend to endorse values like equality, fairness, care, and protection from harm more than conservatives. Conservatives tend to endorse values like loyalty, patriotism, respect for authority, and moral purity more than liberals do.

AS: What do you think political polarization could do to American society long term?

RW: Political animosities have reached a really dangerous level. They have, to a great extent, paralyzed the federal government. Of course, we need our federal government to function effectively if we are to tackle pressing domestic problems, support global political stability, and address climate change. The cultural and interpersonal costs are also very real.

The fact that political polarization is associated with moral polarization is particularly concerning for the future. People’s moral values are their most deeply held beliefs. Folks really struggle to understand the perspective of someone with a fundamentally different sense of right and wrong. People are willing to fight and die for their values.

We have to develop new approaches to politics that can turn the temperature down on our political conflicts and start bringing people closer together. So much is at stake.

AS: What do you think could be a solution to polarization?

RW: We believe a technique called moral reframing can help. We’ve conducted a number of studies showing that if you want to move conservatives on liberal issues like same-sex marriage and national health insurance, it helps to tie those arguments to conservative values like patriotism and moral purity. Likewise, if you want to move liberals on conservative issues like military spending, you’ll be more persuasive if you find a way to tie those policies to liberal moral values like equality and fairness.

This may seem intuitive, but our studies suggest it is something most of us really struggle to do. It turns out that when we go to persuade someone on a political issue, we talk like we’re speaking into a mirror. We don’t persuade so much as we rehearse our own reasons for why we believe something.

I believe a whole new set of arguments will be needed to create effective political coalitions on issues like climate change, immigration, and inequality. To come up with those arguments, liberals and conservatives must take the time to really listen to one another, to understand one another’s values and to think creatively about why someone with very different political and moral commitments from their own should nonetheless come to agree with them. Empathy and respect will be critical if we are going to sew our country back together.