When I first became a mom in 1996, I had little in the way of familial support and few friends with children. Books became my primary source for figuring out everything from what car seats to buy to how I should communicate with my newborn son. I often fretted over whether or not I was doing the right thing for him. Truth be told, I still do.

But reading Alison Gopnik’s book, The Gardener and the Carpenter: What the New Science of Child Development Tells Us About the Relationship Between Parents and Children, is like a breath of fresh air. Gopnik, a psychologist at the University of California, Berkeley, and an expert on child development and learning, outlines in clear, compelling prose why parents should stop worrying so much about their individual efforts to raise their children in specific ways and instead start pressing for more societal support for all children. I sat down with her to explore why parents and educators should both aim to be more like gardeners tending soil than carpenters trying to shape a child as they would do with wood.

Jill Suttie: What prompted you to write this book? 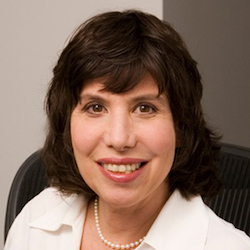 Alison Gopnik: There’s been a lot of fascinating research over the last 10-15 years on the role of childhood in evolution and about how children learn, from grownups in particular. And, what becomes clear very quickly, looking at these two lines of research, is that it points to something very different from the prevailing cultural picture of “parenting,” where adults set out to learn from a book or a parenting app what they can do that will help children come out in a particular way.

Instead, it points to a more reassuring and liberating picture for parents—where they can relax some and simply provide the supports needed for their children to grow as they will.

AG: Something that the science suggests, but that we don’t have institutionally, is that kids need a network of people who care for them. Among our closest primate relatives—chimps, for example—biological mothers do most of the caregiving. But when we became human we developed a more extensive network of caregiving. Fathers began to take care of children, and so did grandparents and alloparents (unrelated people who help provide care). How can we replicate that in a contemporary context, where families are scattered, and we don’t have people working in the same places where their children are?

Early childhood education is where we can try to replicate that community—where a group of adults really care about children and provide a nurturing, enriched environment. We have some good models for this—like the Reggio Emilia program, but also Montessori, Waldorf, the Child Study Center here, and progressive childhood education—where kids have a sandbox and a pretend play corner and can just interact with the environment while an adult is elaborating or helping them.

Until recently, these kinds of programs were the prevailing model of early childhood education. But the parenting/carpenter model is putting pressure on that model. Preschool teachers may intuitively get what young children need, but they’re often caught in the middle of parents, who want to advance their kids through their “parenting,” and policymakers, who want something like school readiness as an outcome for kids before they’re willing to invest in early childhood education.

JS: If parents shouldn’t try to shape their kids in a particular way, what should they be doing?

AG: There are three things. First, we know that unconditional commitment to your children is pretty important. We tend to love our kids anyway; so that’s often the easy part. Still, the studies show that love and warmth are important.

Second, conveying your values, whatever they are, even though you know your kids are going to change, reshape, and reject those values. There can be a wide range of different values that people have and convey to their children. If you’re like me, the value of creativity and play is important; another family might value conscientiousness, fulfilling obligations, and showing up on time. I don’t think we should say there is one way or a right way of doing this; but each generation passes on the values they have to the next generation.

The third is providing a safe, stable environment. Within a safe environment, there’s a very wide range of ways different parents can caregive, and some of the things we may think are important—like whether you co-sleep or don’t co-sleep with your child—are not. I don’t think there’s any very good evidence that those kinds of practices end up making a big difference.

Now, each of these recommendations comes with a specific paradox: You have to love this specific child, even though he’s completely different than anything you may have expected; you have to pass on values, even though you know your children are going to reject and revise those values; and you need to provide a safe and stable environment, even though you know the point of doing that is so that kids can take risks and have adventures.

How do you balance those things? It’s hard. Being a parent is a deep, profound human experience. Like most serious human activities, it’s full of tensions, and each child and parent has to figure out how to solve those tensions.

AG: Our system of love is very tied to our system of caring—it goes in both directions. When people care for somebody, they produce lots of neurotransmitters, like oxytocin, and they feel warmth that encourages them to do more caregiving. The love that comes from taking care of a child isn’t tied necessarily to giving biological birth to that child; it’s not some kind of imprinting. If a father, grandmother, friend, neighbor, or adoptive parent cares for a baby, it’s enough to create the attachments the child needs.

JS: In your book, you mentioned a research study in which you found that instructing a child on how to do something actually hampers their ability to explore and learn. Don’t kids need instruction?

AG: Studies in our labs show that children are incredibly wide-ranging in their ideas, and, if left to themselves, they will explore things very widely—whether it’s physically, like seeing all the different things a toy can do, or psychologically. It’s really natural to them.

So, we have this tension with children: between giving them information—which isn’t all bad; in some ways it’s more efficient—and letting them explore. But in a world where that mode of telling becomes the overwhelming way of interacting, then the potential for broad understanding is compromised. In our current culture, with parenting and the way schools are structured, often kids are exclusively in the pedagogical mode, where they are being told about rather than simply exploring their world. And that’s ironic, because exactly what we need for our future economy is innovation and creativity, which comes from play.

JS: You argue that public policies that support parents when their children are young—for example, home visitations by nurses for new parents, high-quality preschools, and paid parental leaves—lead to better outcomes for children overall, and that “this is one of the clearest results in all of social science.” Why do you think there is still resistance to doing that in the USA? 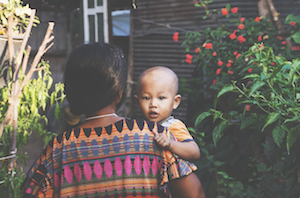 AG: It’s a puzzle. We don’t have maternity leave in America; we’ve only just passed legislation for unpaid maternity leave. When I go to other countries, people can’t believe how backward we are. And I don’t know why it is. It may be something about individualism; it might be something about having a very heterogeneous society. Somehow, it’s problematic for us to consider supporting other people’s children, feeling like we are all part of the same community.

This is not irrelevant to evolution. The same impulses to care about those in our community often come with impulses to not care for people in other communities. Even with oxytocin—the chemical that leads us to bond and trust—there’s some evidence that it also leads us to mistrust people outside our community. In America, it’s very easy for us to say, “Well, we care about our children, but we don’t want to spend money caring for those other people’s children.”

At least now, though, these issues are on the public agenda in a way that they weren’t before. One can see politicians starting to recognize that this is something we have to pay attention to.