But are all forms of happiness equally good for your health? If you feel elation because the Giants win the World Series, does that produce the same health benefits as the satisfaction that comes from helping a friend in need?

Health from meaning and purpose 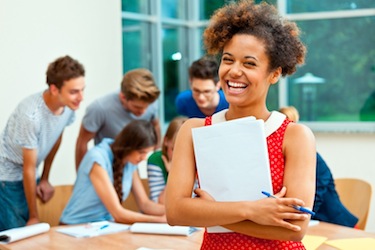 The study, which was conducted by Barbara Fredrickson of the University of North Carolina, Chapel Hill, and Steven W. Cole of the ULCA School of Medicine, assessed 80 adults for either “eudaimonic” well-being—the kind that arises from a sense of purpose or service—or “hedonic” well-being, which we get from a good time.

If, for example, study participants often described themselves as “happy” or “satisfied,” the researchers characterized their happiness as hedonic. But if, on the other hand, participants said their lives “had a sense of direction and meaning” or “had something to contribute to society,” their brand of happiness and well-being was deemed eudaimonic.

The researchers also measured the participants’ overall health and depression levels, and collected a blood sample from each person. The blood samples were run through a series of tests to look for patterns associated with something called the “conserved transcriptional response to adversity” or CTRA. In prior research, Cole and his colleagues have found that a high CTRA—a pattern of high expression of genes involved in inflammation and low expression of antibody and antiviral genes—is what one might expect in a person subjected to chronic stress, threat, or trauma, and it’s associated with increased risk of cardiovascular disease, neurodegenerative disease, infections, and other poor health outcomes.

It might seem surprising that our immune cells could distinguish between types of happiness. But, according to Fredrickson, the CTRA is designed to anticipate and prepare for the kinds of microbial threats we are most likely to encounter based on our recent past experience, and eudaimonic happiness may somehow signal to the body that we are in a better position to defend ourselves from disease.

Evolution wants us to help each other

If true, these findings may support a biological predisposition for pro-social, altruistic behavior, similar to that described by Dacher Keltner, co-founder of the Greater Good Science Center.

According to Keltner’s research, we are primed to respond positively to altruistic and compassionate behavior through neural structures like the vagus nerve and circulating neuropeptides, such as oxytocin, that help us experience a warm, fuzzy feeling when we do something kind for another person—a sort of built-in reward system for doing good. If eudaimonic happiness gained through virtuous action also promotes a positive CTRA profile, it could strengthen the case that evolution pushes humanity in an altruistic direction.

Fredrickson and Cole’s results could also explain the connection found in prior studies between helping others and good health. Research has shown that acting in generous ways lights up areas of the brain associated with pleasure and reward, and can lead to positive health outcomes like lower stress and better cardiovascular health. In addition, several studies have found that volunteering increases longevity in older adults, especially if that volunteerism is motivated by altruism and not personal gain. The association between eudaimonic happiness and better CTRA profiles might offer one possible mechanism for the relationship between doing good and health, since we would tend to experience more eudaimonic than hedonic happiness from helping those in need.

Although it’s always possible that a low CTRA causes greater eudaimonic happiness and not vice versa, the fact that participants in Fredrickson’s and Cole’s study did not differ significantly in their self-assessed levels of well-being or in their depression levels supports the hypothesis that eudaimonic happiness was the factor responsible for the change in gene expression. Apparently our bodies are designed to differentiate between more virtuous—and less-self-serving—happiness, even if we don’t necessarily recognize the differences ourselves.

Despite these results, Fredrickson and Cole don’t suggest giving up on seeking personal pleasure. Both types of happiness have emerged for a reason, they argue, with hedonic happiness probably important for motivating us to take action in the short run for our own survival, and eudaimonic happiness probably encouraging more social interaction and complex cultural adaptations, which ultimately benefit us, too.

Nevertheless, that doesn’t mean we shouldn’t try to increase our eudaimonic happiness when possible. Clearly, it’s in our own interest—not to mention our society’s interest—to do so.

According to Fredrickson, it’s also within our power. “Finding happiness in a sense of purpose or meaning does not need to be grand or grandiose,” she says. “Simply making an effort to connect with others with empathy and compassion could make this shift in your day.”