‘Tis the season to practice saying no. Many of us frequently say “yes” to invitations, favors, and requests in order to avoid the difficulty and discomfort of saying “no,” according to the research of Columbia psychologists Francis Flynn and Vanessa Lake.  But saying “yes” when we mean “no” is a recipe for overwhelm and exhaustion.

Fortunately, there are ways to make saying “no” feel less uncomfortable. Below are research-based strategies for saying “no” (without ruffling too many feathers) in five different situations.

1: You’re asked to work late, but you had been planning to take some time for yourself, like by getting outside for a walk with your dog. 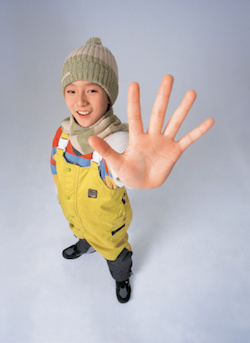 It’s hardest to decline a request when our reasons for doing so are vague, abstract, or seemingly unimportant—especially if we have to give our excuse face-to-face.

One helpful strategy can be to make our excuses more concrete. “I won’t get enough exercise today” can feel like a weak explanation. But if you actually block off time for things like “hike with Buster” on your calendar, you’ll be able to clearly see when you do and don’t have time to work late. That way, you’ll be able to say “no” with more conviction—like, “I have other plans tonight, but I could help you this weekend if you need it.”

As a bonus, when you have your most important priorities already blocked off on your calendar, you’ll be able to see when you actually do have time to help out. Offering those times to help out can make saying “no” even easier.

2: A committee, team, or group asks you to take on more work because they are all “too busy.”

Saying “no” to a group can be especially hard, as we risk disappointing not just one person, but many.

However, we probably don’t need to worry as much as we do. Because of what psychologists sometimes call the “harshness bias,” we often believe that people may judge us more negatively than they actually do. The reality is that most people won’t think less of you if you say no. In fact, people tend to respect us more when we are able to set healthy limits.

How best to say no in this situation? Take a moment to call up the respect for yourself that you’d like others to feel for you. It takes courage to consider your own needs and priorities along with the needs of the group, but in the long run it always feels better than being dumped on. Then be candid: “I’m so sorry, but I’m not able to do more than my share this week.”

3: You’ve been invited to a party and are really tempted to go, but you’re tired and suspect that you’re getting sick.

We human beings will often choose what is most satisfying in the present rather than what will be best for our future, especially when the present option is as pleasure-packed as a party.

We can make better decisions by visualizing the future as clearly as we can, rather than thinking about what we will miss out on now. Think about the last time you skipped sleep for a party. Visualize what happened in as much detail as possible. How did you feel the next day? Ask yourself: What will I look and feel like tomorrow morning if I don’t stay in and get some rest tonight?

Then in your response, summon your crystal ball: “Right now, in this moment, I want to go with you to that party more than you can imagine. But I know that I will regret it if I do. I can see my future if I go to that party, and I know I’ll be too tired to enjoy tomorrow if I go.”

4: Your plate is already too full.

It’s counter-intuitive, but being short on time makes it even harder for us to manage the limited time we do have. That’s according to Harvard behavioral scientist Sendhil Mullainathan and Princeton economist Eldar Shafir. In their book Scarcity: Why Having Too Little Means So Much (Picador, 2013), they explain that the busier we get, the more likely it is that we will have a harder time saying “no” to the next request.

The solution? Practice your reason for saying no before you need it: “I wish I could, but I can’t take on any more responsibilities this week.”

When we are stressed and tired, we tend to act habitually. Knowing this, we can train our brain to habitually say “no” rather than “yes” to requests by rehearsing a go-to response when people ask us for favors. Research shows that when we make a specific plan before we are confronted with a request, we are far more likely later to act in a way that’s consistent with our original intentions.

5: Someone asks you to do them a little unethical favor, like cover for them while they skip work.

Americans tend to admire strong individuals who don’t cave in the face of peer pressure, but that doesn’t mean it’s easy to reject an unethical request. In a series of studies published in the journal Personality and Social Psychology Bulletin, psychologists had participants ask strangers to perform unethical acts—such as to vandalize a library book by writing the word “pickle” in it.

Fully half of the people asked to do something unethical did it. To say no to a request like this is even more difficult when it comes from a friend. To do so, we need to put our values front and center, reminding ourselves—and our friends—what matters most.

In this situation, two things are important: 1) compassion for your friend’s troubles and 2) your own integrity. Express both of these. Say “no” clearly, and repeat yourself using the same words, if necessary: “I’m so sorry that you are struggling right now, and I wish I could help. But I can’t lie for you. Integrity is really important to me.”

“No” may be very difficult for your friend to hear—as difficult as it is for you to say. Stand your ground. Repeat your compassionate refusal as many times as you need to. By using the same words with each repetition, you indicate to your friend that you aren’t going to be influenced no matter how much pressure he or she lays on.

Recall a time when you’ve said no, even when it was hard to do so. What strategy did you use? Reply in the comments.