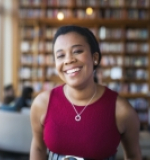 Rev. Jennifer Bailey is an ordained minister, public theologian, and emerging national leader in the multi-faith movement for justice, named one of 15 Faith Leaders to Watch by the Center for American Progress.

She is the founder and executive director of the Faith Matters Network, a Womanist-led organization equipping community organizers, faith leaders, and activists with resources for connection, spiritual sustainability, and accompaniment. Reverend Bailey comes to this work with nearly a decade of experience at nonprofits combatting intergenerational poverty.

She is the co-founder of The People’s Supper. Since January 2017, The People’s Supper has hosted over 1,400 suppers in 121 communities nationwide focusing on bringing people together to engage constructively on issues affecting their communities. Along the way, the project has teamed up with ordinary citizens, schools, workplaces, faith communities, and neighborhood organizations to create space of collective healing over nourishing meals and conversation.

An Ashoka Fellow, On Being Fellow, and Truman Scholar, Reverend Bailey is an ordained itinerant elder in the African Methodist Episcopal Church—the first historically black Protestant denomination in the world. 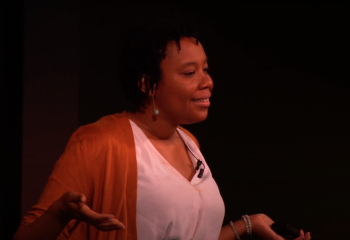 How Americans Are Bridging Differences Over Dinner