This article is the second in a series exploring the effects that unconscious racial biases have on the criminal justice system in the United States. The first is “Can We Reduce Bias in Criminal Justice?”

Two students. One is black and the other is white. On Tuesday, they both refuse to complete the math worksheet. On Wednesday, neither will stop talking during lessons. 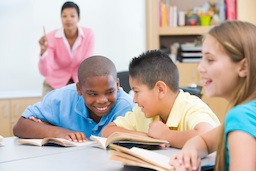 Same behavior. Will they receive the same punishment?

A new Stanford University study predicts that the black student will be punished more harshly. Why? Not because of overt racism. Rather, harsher discipline might be the result of unconscious partiality to the white student, a phenomenon called “implicit bias” by psychologists. The study also finds that the bias might be just as likely to come from a black teacher as a white one.

The significance of the finding isn’t confined to classroom walls. When students are suspended or expelled, it becomes much less likely that they will graduate or go to college, and much more likely they’ll get arrested, go to jail, or even die in the hands of police. Many studies suggest that implicit bias, not white supremacist intentions on the part of individuals, plays a role at nearly every stage.

While the lifelong impact of school disciplinary policies can affect all students, black ones are three and a half times more likely to be suspended or expelled than their white counterparts, according to a 2012 report from the Department of Education. A study published in the January American Sociological Review found that the damage of high suspension rates goes beyond those pushed out of school, generating “collateral damage, negatively affecting the academic achievement of non-suspended students.”

While these big-picture disparities are well documented, the Stanford study is the first to experimentally suggest that unconscious bias might play a role in classroom discipline, an accumulation of individual decisions that sweep thousands of students out of school and into jail over the course of their lives.

“What we have shown here is that racial disparities in discipline can occur even when black and white students behave in the same manner,” write Jason A. Okonofua and Jennifer L. Eberhardt in their paper, published in April by the journal Psychological Science. (Eberhardt won a 2014 MacArthur “Genius” fellowship for her work on implicit bias.)

In the first experiment, researchers screened teachers for explicit racial bias, among other factors. They then showed a racially diverse group of 57 female teachers a picture of a middle school and asked them to imagine themselves working there. The teachers then viewed a school record—based on an actual one—of a student who misbehaved twice.

Then came the experimental trick: The students were identified with either stereotypically black names (Darnell or Deshawn) or white ones (Greg or Jake). After reviewing each infraction, the researchers asked:

From the first infraction to the second, teachers were much more likely to increase punishment for Darnell than Greg, even though only the names had been changed. A second experiment cemented this finding. Researchers recruited 204 more teachers—predominately white and female, but including men and people of other races—to go through the same exercise. But this time, researchers also asked them to rate the extent to which they thought the student’s misbehaviors suggested a pattern and whether they could imagine suspending the student in the future.

Again, with this larger sample, racial bias emerged. Students with black-sounding names were significantly more likely to be labeled troublemakers and to be more harshly punished. But, as a group, the teachers were also more likely to see the behavior as part of a pattern in the black student and to say they could imagine suspending the student.

There was one more result that some might consider surprising: The two samples were racially diverse—and yet the researchers did not find significant differences among their responses. Black teachers could punish black students just as disproportionately as white ones.

“I think that it attests to the pervasiveness of stereotype effects,” said lead author Jason Okonofua, a Ph.D. student at Stanford, in an email. “Research has demonstrated that exposure to media influences the stereotypical associations we all make in our daily lives. Thus, all teachers, regardless of race, are more likely to think a black child, as compared to a white child, is a troublemaker.”

In other words, in a society pervaded by racial stereotypes, hiring black teachers might not necessarily reduce the number of suspensions and expulsions of black children, or the labeling of them as troublemakers. Even rooting out obviously racist teachers of other races is not enough.

“I think this point is also driven home with our measure of explicit racial bias,” added Okonofua. “Explicit bias did not predict our findings, and our effects persisted while controlling for it.” 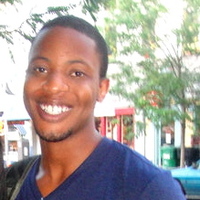 Where does that leave us? Fortunately, researchers have been testing interventions for decades, and they’re discovering what practices and forces can limit implicit bias.

Just being aware of the existence of implicit bias is helpful, says a large body of research, and conscious intentions and goals do matter—over time, they can help override unconscious associations. Many districts are also reducing suspensions and expulsions through restorative justice programs that focus on making amends or repairing relationships damaged by misbehavior, instead of excluding kids from the school community.

Okonofua is working with other Stanford researchers at five middle schools to help teachers think of their students’ behavior as people who can grow, as opposed to being made up of fixed characteristics or labels like troublemaker. To date, he says their project has cut in half the likelihood of students at those schools being suspended.

Of course, teachers must also see themselves as capable of growth, as opposed to seeing themselves as either racist or not. Just as students’ achievement can be damaged by negative labels, so too can teachers’. To them, Okonofua advises: “Try not to think of yourself as a fixed character in the same way that you should try not to think of your students as fixed characters. Rather, think of yourself as a growing person who needs to put in effort and practice to contend with the influences of stereotypes.”