In any relationship, there are times when you don’t do the right thing. You brush off a colleague. You snap at a romantic partner. You do things that are selfish. In order to repair the relationship, though, you need to take some responsibility. By doing so, you can work to change yourself to improve the relationship in the future. 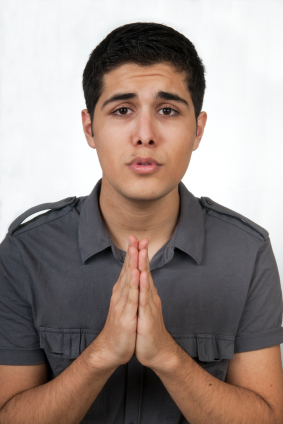 If taking responsibility is done to help you change, then your beliefs about change should influence your tendency to take responsibility for your actions. Do they? This question was examined by Karina Schumann and Carol Dweck in a paper published in the Personality and Social Psychology Bulletin.

In the study, the researchers looked at people in long-term relationships in which they were living with their partners. The researchers measured their beliefs about whether personality can change. They also asked people to keep a daily diary for a week. For any conflict the participants experienced, they were asked to note whether they apologized, as well as whether they took responsibility for their actions.

The researchers found that beliefs about whether personality can change did not affect whether people apologized for their actions. But the more strongly people believed that they could change, the more likely they were to take responsibility for their mistakes.

In a second experiment, the researchers manipulated beliefs about change by having participants read either a scientific article supporting the idea that personality remains relatively fixed, or one that supported the idea that it changes. After that, participants read a number of scenarios which directed them to imagine they had done something wrong to someone else. After those scenarios, participants answered a number of questions, including whether they would take responsibility for their actions.

Participants who read that personality can change were more likely to say that they would take responsibility for doing something wrong than those who read that personality remains relatively fixed. This study suggests that people’s beliefs about whether they can change can be manipulated and that manipulating these beliefs influences their tendency to take responsibility for their actions.

A third experiment used a similar methodology: Again, people’s beliefs about change were manipulated. Again, participants read a scenario in which they had to imagine having done something wrong to another person and were asked whether they would take responsibility for their actions. After that, participants were asked to fill in word fragments. For example, they might see the fragment THREA___. The fragments were chosen so that they could be filled in either with a word related to stress (like THREAT) or with a word unrelated to stress (like THREAD). The more stress that people are feeling, the more likely they are to fill in the fragments with words related to stress.

Putting this all together, then, it suggests another powerful influence of beliefs about change. When you believe that your behavior can change, you are more likely to be willing to admit responsibility. A big reason why you are able to admit fault is that you recognize that once you admit what you have done wrong, you can work to make it better, and so you are not threatened by admitting mistakes. People who do not believe that they can change are stressed by admitting their mistakes, because they believe that those mistakes say something fundamental about who they are as a person.

Ultimately, people can change their behavior, even if that change requires some effort. A key part of the process is recognizing what you have done wrong and learning from your mistakes. Believing that you can change gives you the best opportunity to fix your behavior and repair your relationships.

Originally published in the blog Ulterior Motives, which explores the interface between motivation and thinking.