In 2007, 50-year-old Wesley Autrey of New York City was standing on a subway platform when he saw a man nearby suffer a seizure and fall onto the tracks. As the light of an oncoming train appeared, “I had to make a split decision,” reported Autrey. 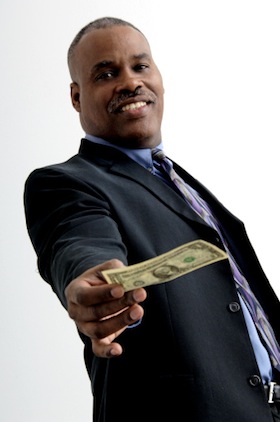 Leaving his two young daughters on the platform, he leapt in front of the train and pinned the man to the ground as the train rumbled overhead, saving the man’s life. When asked later why he risked his life for a stranger, Autrey replied, “I did what I felt was right.”

What explains the feeling that drove Mr. Autrey to endanger himself in order to help someone else?

A recent study led by Oriel FeldmanHall, a post-doctoral researcher at New York University, tested two dominant theories about what motivates “costly altruism,” which is when we help others at great risk or cost to ourselves.

FeldmanHall and her colleagues examined whether costly altruism is driven by a self-interested urge to reduce our own distress when we see someone else suffering or whether it’s motivated by the compassionate desire to relieve that other person’s pain.

In the study, the researchers first had people take a survey measuring how strongly they react to others’ suffering with feelings of compassionate concern or with feelings of personal distress and discomfort.

Then, they gave everyone some money—20 pounds (the study was conducted in the UK)—with the chance to keep or lose one pound in each of 20 rounds.

FeldmanHall’s team found that participants who generally respond to suffering with compassionate concern (rather than distress or discomfort) gave up more money. While watching the results of their decisions, all participants showed increased activity in brain circuits associated with empathy.

However, compared with the other participants, when the more compassionate people watched videos showing the outcome of their own generosity—people being shocked at low levels, or not at all—their brains showed greater activity in regions associated with feelings of pleasure and socially rewarding states, like maternal love.

More selfish choices, on the other hand, were associated with activation of the dorsal anterior cingulate cortex (dACC), a brain region often implicated in distress related to internal conflict and the inhibition of intuitive behaviors, and of the amygdala, the brain’s putative vigilance-to-threat detector.

From these results, the researchers surmise that acts of costly altruism are more strongly associated with feelings of compassionate concern than with a selfish need to relieve one’s own distress. This is consistent with prior research suggesting that when people experience distress in response to someone else’s suffering, they’re more likely simply to avoid that person than try to help.

Fortunately, prior research also suggests that compassion isn’t simply a fixed trait; instead, it seems possible to increase your capacity for it over time—for instance, by broadening your social networks, actively trying to take someone else’s perspective, or even by meditating. Through these steps, you might not only strengthen your ability to connect with others, but as FeldmanHall’s study suggests, you might also strengthen your capacity for selflessness.