If your kids are lamenting the end of summer, here’s something to buck up their spirits: Going to school may help them live longer.

For years, research has found that higher school attendance is linked to a longer life and better health, regardless of whether you’re rich or poor.

Now a new study, just published online in Psychological Science, has tried to understand why. 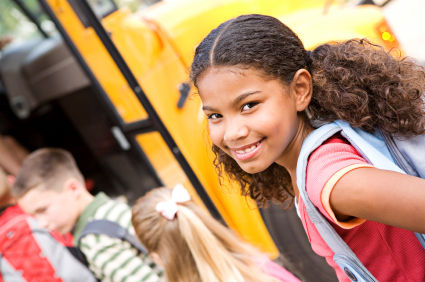 The connection between education and health may seem obvious—doesn’t more education mean you’re better informed about health hazards? But the researchers in this study wondered whether something else might be going on. Could there be something about how we learn to think in school—rather than simply what we learn—that leads to better health?

To answer this question, the researchers, all based in the United States, traveled half way around the world, to rural Ghana. Because people in the U.S. and other Western countries tend to have relatively high levels of education, in Ghana the researchers could see greater discrepancies between the schooled and the unschooled. What’s more, the region has a high prevalence of HIV infection, so there’s a dire need for residents to avoid risky, unhealthy behaviors like unprotected sex.

The research team, led by Ellen Peters, a visiting psychology professor at Ohio State University, recruited 181 adults with a range of educational backgrounds. Peters and her colleagues tested participants’ knowledge about how HIV/AIDS is transmitted; they also evaluated the participants’ cognitive skills, such as their abilities to plan, strategize, and shift their attention, and their “working memory,” meaning their ability to retain information as they reasoned through complex tasks.

The researchers also asked participants whether they engaged in behaviors that would reduce their risk of contracting HIV, such as using condoms or talking with their partners about HIV.

The results showed that people who had more education took more precautions to avoid HIV. The results also showed that participants’ cognitive abilities increased with more schooling as well.

Through a rigorous statistical analysis of their data, the researchers found that it was these enhanced cognitive skills that explained why going to school carried such health benefits. By contrast, simply knowing how HIV/AIDS is transmitted didn’t mean that people would actually take steps to avoid becoming infected.

Peters and her co-authors conclude that going to school helps people develop the complex reasoning skills that enable them to extrapolate from their knowledge base in new situations. In other words, good health comes not simply from having the right knowledge but from having the cognitive abilities to know when and how to apply that knowledge.

The authors write that they hope their results spur an “examination of the costs and benefits of spreading basic education worldwide.” And given that $8.9 billion has been spent on HIV-prevention in Ghana, they also consider whether programs that mainly disseminate facts about HIV/AIDS will actually be effective.

“These efforts, however well intentioned, may be insufficient without significant improvements in interventions to assist at-risk adults to reason correctly with the facts they have been taught,” they write.