It’s probably happened more than once: You spend a lot of time trying to convince someone that their opinion on a particular issue is wrong. You take pains to make sure your argument is air-tight. But instead of coming around to your point of view, your conversation partner pushes back, still convinced of her ultimate rightness. “What do you mean poor people need social programs? They have the same opportunities as everyone else!” By the end of your debate, you’re faced with the same stalemate you had at the beginning—and your relationship may be feeling the strain. 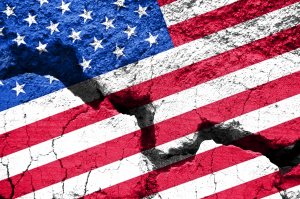 Why is it so hard to convince others to change their minds?

It’s a question people have puzzled over for millennia, though the past year’s political events have brought it to the fore. The question takes on even more urgency when you believe someone else’s views betray something inherently rotten about their character—or when someone else believes the same about yours.

While it’s easy to conclude that people’s views are barometers of their moral elevation, the more nuanced truth is that a broad range of factors help explain deeply entrenched beliefs. Certainly, some partisans are focused on policy issues above all else. But for others, the brain’s tendency to stay the course may play a larger role. Psychological research suggests that once our minds are made up on important matters, changing them can be as difficult as stopping a train hurtling at full speed, even when there’s danger straight ahead.

Fortunately, research also hints at solutions—though you may need to change your mind about some things if you want to put these insights to work!

Why we resist facts

Most of us have a strong drive to hold on to pre-existing beliefs and convictions, which keep us anchored in the world. When your stance on controversial issues both cements your group identity and plants you in opposition to perceived enemies, changing it can exact a high personal toll.

“We are social animals instinctively reliant on our tribe for safety and protection,” says risk perception expert David Ropeik, author of How Risky Is It, Really? “Any disloyalty literally feels dangerous, like the tribe will kick you out. This effect is magnified in people already worried.”

Defection, in short, feels as terrifying as stepping off a window ledge—and to a certain extent, this fear is justified. When you think and behave in ways that separate you from members of your close community, you’re likely to experience at least some level of exclusion.

There’s a certain amount of plain old inertia at work, too. Researchers who study how people resolve cognitive dissonance—the uneasy feeling of holding inconsistent beliefs—note that most people would rather deny or downplay new, uncomfortable information than reshape their worldview to accommodate it. From that perspective, it’s less surprising that your friend whose behavior toward women is above reproach is more than willing to support politicians who’ve committed sexual assault.

Even lukewarm advocates can be resistant to updating their beliefs, since the very act of deciding between alternatives changes the way we evaluate each option.

One classic study had subjects look at an array of home gadgets and rate their desirability. After they had made a decision about which one to take home as a gift (say, the fluorescent desk light), their opinion of the item they’d chosen tended to rise, while their opinion of left-behind items soured.

In most situations, viewing your own choice through rose-colored glasses is a sensible way of ensuring you stay happy with your decision. But this outlook also skews your perception, meaning that even when you learn eye-opening new information, you may not feel alarmed enough to reconsider your views.

When doubts do creep in, they can have a paradoxical effect, leading people to dig in their heels even more.

“The attacks against Trump have taught me something about myself,” one Donald Trump supporter told blogger and entrepreneur Sam Altman. “I have defended him and said things I really didn’t believe or support because I was put in a defensive position.”

Research bears out the idea that arguers’ outward insistence may be inversely related to their actual conviction. In one Northwestern University study, the less confident people felt in their opinions about hot-button issues (whether animal testing is OK, for instance), the more they labored to convince others of their chosen view.

“You definitely need to know the other person as a person to want to stay engaged when things get controversial. ”

If doubt often prompts people to double down rather than reflect, does that mean it’s futile to start a dialogue with those you disagree with? Typical debates, as you’ve probably discovered, aren’t all that effective—and if you start with the explicit goal of changing someone’s mind, you’re likely to get the opposite result. The reverse is also true: The less you try to force a particular set of views on someone, the freer they’ll feel to reflect honestly on what they think—and maybe even revise their thinking down the line.

Productive exchange is also more likely when there’s a mutual foundation of respect and friendship. In a project called Between Americans, Seattle-based author and artist Boting Zhang is chronicling the evolution of relationships between Trump supporters and Hillary Clinton supporters over the course of a year. Participants share with each other about more personal topics, but hot-button issues do pop up from time to time—and the strength of the participants’ bond often determines the conversation’s direction.

“You definitely need to know the other person as a person to want to stay engaged when things get controversial,” Zhang says. In exchanges about fraught topics, she advises starting from the assumption that you won’t change the other person’s views, but she admits that may be easier said than done. “That balance between caring deeply, yet seeking to listen rather than change someone’s mind, is a knife’s-edge balance!”

How to build bridges

Like the participants in Zhang’s project, you can strive to understand your conversation partners in ways that go beyond their views on controversial issues.

Talk to them about their early years, or about the biggest personal challenge they’ve faced. Their answers may give you unexpected insight into why they behave as they do—and perhaps make it easier for you to empathize with them, despite your misgivings about particular views they may hold.

When touchy topics do arise, try a non-confrontational approach, asking open-ended questions (“How did you feel when you heard about the U.S. pulling out of the Paris climate accords?”) or sharing your own experiences (“Someone groped me at work and no one believed me when I reported it, so having an abuser in a position of power frightens me.”)

Whether you’re discussing the personal or the political, steer clear of language and behavior that signals contempt. Debaters tend to show contempt for their sparring partners in any number of ways—rolling their eyes, flinging personal insults, and deploying cutting sarcasm (witness these gambits on social media in spades). Psychologist John Gottman has identified this argumentative style as poisonous to close relationships, in part because it conveys a devastating message: “You, your thoughts, and your views are utterly beneath me.”

Cutting out contempt doesn’t mean tiptoeing around the issues: It’s healthy to lay out exactly how you differ with someone else and express your disappointment, or even devastation, with particular views they hold. The key is to remain in the debate zone rather than crossing the line into not-so-veiled disgust.

No matter how high-minded your intentions, it can be tempting to turn any dialogue on the issues into a game of one-upmanship.

But asking questions—and showing a genuine desire to hear and acknowledge the answers—sets a different tone that boosts the odds of a productive resolution, or at least a friendlier stalemate that inspires further thought and discussion. Persuasion that endures isn’t a one-sided sales job, but a fertile exchange—one in which your own thinking may evolve in ways you hadn’t expected.