If you’re like most people, the very thought of forgiving an enemy probably makes you feel uneasy. This doesn’t make you a bad person—it just makes you human. 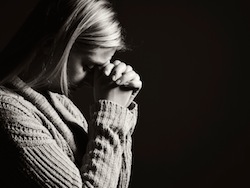 Forgiveness is emotionally difficult because evolution has endowed us with the psychological motivation to avoid being exploited by others, and the easiest way to prevent exploitation is to hit back or simply avoid the exploiter. Therefore, our discussion of forgiveness must begin by understanding that the urge to retaliate is very deeply rooted in evolutionary history.

In fact, direct retaliatory violence is perhaps nature’s most reliable conflict resolution mechanism. It evens the score by reversing any gains that might be had by the aggressor. But not all forms of retaliation are the same. Although revenge is often informally used to describe any form of retaliation, it is in fact one extreme form of it.

Nature has provided us with an alternative to revenge that researchers call negative reciprocity—and that is what opens the door to forgiveness.

Why do we hate?

Revenge is meant to cause suffering for its own sake, and it tends to be out of proportion with the initial wrongdoing.

According to Aaron Sell, this form of retaliation is uniquely motivated by hatred and the idea “that another’s existence and well-being will cause harm.” There is a perception that the very existence of some individual or group is an imminent threat to your life.

The role of hate is important here and is meant as an explicit contrast with anger. As Eran Halperin and colleagues explain, hate is triggered in part by a belief that an out-group is actually unable to change their villainous ways. Revenge is driven by the perception (real or not) of the implacable foe: the maniacal menace whose mind cannot be turned, and whose behavior cannot be stopped.

At the group level, revenge has been the stubbornly pernicious engine of social and political violence from the Hatfields and McCoys to the Arab-Israeli conflict. Anthropologists widely recognize that raids and “blood revenge” are the most common form of and motivation for warfare across the world.

Part of the reason that revenge is so easily triggered between groups is because in many ways the evolutionary cards are quite simply stacked in that direction. As a consequence of our long ancestry in small nomadic groups, we possess evolved biases and intuitions that lead us to prefer in-group associations to out-group associations, we are reflexively suspicious of strangers from other groups, and we are easily “rallied ‘round the flag.”

These biases operate to make revenge appear easy and obvious, while making reconciliation and compromise appear misguided and dangerous. Political appeasements that have led to reconciliation and peace are often forgotten, while those that have led to further exploitation are dramatically and indefinitely ingrained in the social narrative. That’s why calls for compromise in international conflict are often met with the familiar caution against repeating the mistake of appeasing Hitler at Munich. We tend to forget countless examples where clever give and take worked in keeping the peace between nations.

The challenge of forgiveness

Yet, disproportional acts of hateful violence are not always one’s immediate reaction to perceived injustice. We are often angry, yet not hateful. We often seek punishment short of the complete eradication of a rival.

Thus, negative reciprocity holds the promise of restoring or building a cooperative relationship. It is an evolved strategy meant to achieve a delicate balancing act: it seeks to end unjust or apparently inequitable behavior, while repairing a cooperative relationship with the one who has wronged you. We are social organisms. That means we are particularly vulnerable to exploitation, but it also means that we depend heavily on others for valuable cooperative opportunities.

There are two parts to the success of negative reciprocity as a conflict resolution strategy: proportionality and forgiveness.

Although punishment is most likely an adaptation designed to prevent exploitation, the chosen punishment must be measured if the relationship is to be restored. A weak response sends the signal that you can be exploited, but an excessive response sends the signal that you intend to escalate the conflict. This challenge helps us to understand the surprising success of the simple computer strategy “tit-for-tat”: cooperate first, then copy your opponent’s previous move.

When pitted against alternative strategies in prisoner’s dilemma computer tournaments, this strategy has been remarkably successful and resilient, in part for one simple reason: it is quick to punish, but it is also quick to forgive. This helps us to recognize that the goal of negative reciprocity is to punish or get “angry enough” so that your message is understood, but not go so far as to risk unnecessary escalation and counter retaliation.

The second component of negative reciprocity is forgiveness. Jeni Burnette and colleagues have demonstrated that forgiveness is likely produced by a set of adaptations designed to repair damaged relationships. According to Burnette’s team, forgiveness is almost never unconditional, but rather tends to occur under particular circumstances.

Specifically, forgiveness is contingent upon two types of information: the relationship value of the wrongdoer, and the probability that the wrongdoer will harm us again in the future. The combination of these two elements goes a long way to determine whether individuals and groups are likely to forgive transgressions, and this can also help to explain why apologies on their own can so inconsistently lead to forgiveness from others.

To illustrate, consider two examples from international politics. In one study, Philpot and Hornsey found that political apologies for mistreatment of Australian prisoners of war during World War II had no effect on the willingness of Australians to forgive the perpetrators. In contrast, a study by Brown and his colleagues demonstrated that a political apology was sufficient to cause Canadians to forgive an incident in which their soldiers were killed by “friendly fire” by American soldiers.

Rather than revealing the weak and inconsistent nature of political apologies, these examples help to demonstrate two important points about political forgiveness.

First, as Burnette’s team demonstrates, forgiveness is triggered when relationship value is high and exploitation risk is low. These conditions were arguably much more present in the case of the friendly fire incident than in the prisoners of war case.

Second, forgiveness tends to follow, rather than create, the conditions for reconciliation. Indeed, the political and economic relationship between the U.S. and Canada is one of, if not the most, peaceful and prosperous in the world. Apology and forgiveness may indeed be less frequent internationally, but its success is neither random nor impossible.

Tools in the adaptive toolkit

Seen from this perspective, our retaliatory tendencies and capacity for forgiveness actually represent a broad toolkit of motivational systems in humans fashioned by natural selection to help us avoid exploitation, resolve conflicts of interest, and restore valued relationships.

We have a diverse motivational toolkit because the problems humans faced in ancestral environments were themselves diverse. For example, resolving a conflict with a close friend or someone within your own group involves risks and opportunities that are quite different than those faced when seeking to resolve a conflict with an enemy or with a stranger from an out-group.

The next time you feel someone has wronged you, it might be worthwhile to reflect upon the evolutionary roots of our complex desires for retaliation and forgiveness. Neither retaliation nor forgiveness is an unalloyed good; both involve significant risks and benefits.

A different version of this essay originally appeared in This View of Life, an online magazine that reports on evolution the way that Darwin imagined it—as a theory that applies to all aspects of humanity in addition to the rest of life.