When I was a teacher, I met each week with my grade-level cohort of educators to share ideas, plan curriculum units, and solve problems. At least that’s what we were supposed to do.

Because of some long-held grudge, two of the teachers in the group sat there shooting daggers at each other—which made the weekly meetings very uncomfortable and not as productive as they should have been. It made me think that these teachers needed the school’s adopted social-emotional learning (SEL) program more than the kids. 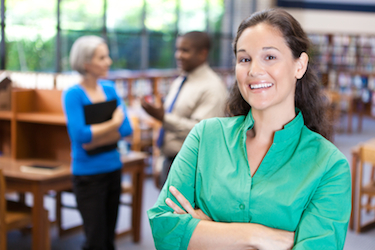 However, before learning to regulate emotions and create positive relationships to prevent future conflict, as many SEL programs teach, my colleagues needed to start with the past. They needed to start with forgiveness. Unfortunately, pointing fingers, not forgiveness, was the norm in our school. It didn’t even cross their minds to try forgiving each other.

The benefits of forgiveness at the individual level have been well-documented by research. Forgiving wrongdoings reduces our anxiety, depression, stress, and anger levels, and increases our energy, optimism, and compassion. At the organizational level, forgiveness improves employee productivity and retention and also increases morale and trust among workers.

But researchers have also found that many people—particularly in organizations, as opposed to families or couples—either don’t know how to forgive or believe that forgiveness doesn’t belong in the workplace. That’s why leaders need to both model forgiveness and make it an essential part of the organizational culture. In other words, they need to create a “forgiveness climate.”

What is a forgiving organizational climate?

Scientists who study forgiveness in organizations point out that conflict is inevitable in the workplace. Working closely with people on a daily basis gives us many opportunities to hurt or offend another person—whether we mean to or not. And yet rather than deal with the hurts directly, we sometimes choose to avoid the person, become defensive, or, as what often happened at my school, start backstabbing each other.

But it doesn’t have to be that way. A “forgiving climate” is defined as “the shared perception that empathic, benevolent responses to conflict from victims and offenders are rewarded, supported, and expected.”

In other words, employees and managers are expected to deal with transgressions with understanding, kindness, and forgiveness regardless if they were victims or offenders. And the rest of the organization supports and rewards them for doing so.

At the individual level, working in a forgiving climate can lead to greater creativity, peace of mind, and self-assurance. Relationships with co-workers and managers become collaborative, respectful, and trusting. Teamwork generates a sense of fun and belonging and team members eagerly learn from one another. The organization as a whole focuses on service and meaningful work. Values are put into action.

To me, working in a school climate like that sounds like heaven on earth and makes me very willing to learn to forgive and be forgiven. But for many people, forgiveness can seem weak or scary. Leaders may think that they will lose control or that forgiving a behavior means that it will happen again.

However, researchers who study forgiveness are quick to point out that forgiveness is anything but weak. Instead it takes tremendous discipline and strength, often because it requires us to let go of long-held beliefs and behaviors. Never an easy thing to do.

Also, forgiving does not mean excusing, condoning, minimizing, denying, or forgetting the behavior. Even though they choose to forgive, leaders may still need to take action to deal with the behavior and its consequences.

For school leaders who would like to build a forgiving school climate, here are some research-based suggestions:

1. Make care a priority. Creating a caring school community is good for everyone—and makes forgiveness more likely. A study of four public school districts found that a caring school climate not only made the school staff more likely to see their colleagues as forgiving, it also made them more willing to forgive each other.

And showing that you are a caring leader who apologizes for his or her mistakes will make your staff more likely to forgive you when you do mess up. Researchers found that employees who viewed their supervisor as caring were more likely to see their boss’ apology as sincere, and, as a result, forgive him or her.

Show your school staff that you care about them by getting to know them as individuals. Make time to talk informally and regularly express gratitude. For more ideas on how to create a caring school culture, see “Do We Care for Our Teachers?”

2. Develop your own capacity for forgiveness and then model it as a leader. Even though researchers suggest that forgiveness is intrinsic to humans, for many of us, forgiving another person or even ourselves can still be a very long and difficult process. That’s okay. Researchers also say that forgiveness is a skill that can be learned.

One of the best ways to help your school staff learn to forgive is to model it yourself. Researchers suggest that when people observe forgiveness-in-action, they get a boost of positive emotions. This leads to stronger relationships and fosters prosocial behavior, including forgiveness. If you’d like to know more about the forgiveness process, I highly recommend checking out Fred Luskin’s nine steps to forgiveness.

3. Treat school staff fairly. In other words, do things like give credit where it’s due, don’t give all the tough kids to the new teacher, and disperse materials and resources evenly. One study found that when an unfair incident occurred in an organization that employees considered to be fair, those workers whose natural tendency was to focus on others easily forgave. And those employees who were more self-centered were less likely to consider revenge.

If you’re unsure whether the school staff considers the school to be a fair place to work, ask them and then take definitive steps to make changes as needed. For more ideas along these lines, see “How to Create a Positive School Climate.”

A forgiving school culture may take time to build, but it will pay dividends in the long run.  Rather than sitting in a meeting stewing, teachers will appreciate the strengths that they and others have to offer. They’ll also focus more on the task in front of them and the possibilities that may ensue.

In other words, the past becomes for them a distant memory.