Positive psychology tells us happiness generally comes to those who smile, practice kindness, and savor the moment—tips you’ll find here on Greater Good.

But it also comes to those who let themselves feel angry.

That’s the message from a recent study, which suggests it is more important to seek happiness at the right time than it is to seek happiness at all times. Instead, allowing yourself to feel emotions appropriate to a situation—whether or not they are pleasant in the moment—is a key to long-lasting happiness. 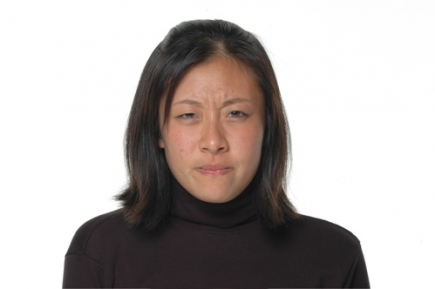 How good are you at spotting anger in the face of another person? Take our emotional intelligence quiz!

In the study, published in the journal Emotion, researchers Maya Tamir and Brett Ford had 175 people participate in role-playing exercises that were either confrontational, such as pretending to be a police officer interrogating a suspect, or collaborative, such as a politician lobbying for a bill.

But before the participants even got to play their part, they engaged in various emotional activities, like recalling an evocative memory or listening to brief clips of music. The clips of music were meant to induce anger (“Refuse Resist” by black-clad thrash cellists Apocalypta—listen below), happiness (“Estudiante” by Waldteufel, with its swelling orchestra), or no emotion at all (“Indecision” by Yo Yo Ma and collaborators—the title conveys its neutral tone). Then they had to indicate which song they’d want to hear in its entirety.

To choose a song, in other words, was to choose a mood.

The researchers also examined how these emotional preferences related to other signs of well-being, asking the participants questions about their psychological health, satisfaction with life, and feelings of social support, as well as their GPA.

Research has shown that people prefer to be happy when collaborating but angry when confronting, so it’s not particularly surprising that participants in this study generally chose the angry music before the confrontational task and the happy music before collaborating.

What is surprising, though, is that when revving up for a confrontation, only those participants who chose to feel angry in the moment showed greater psychological health and well-being in general. They reported greater satisfaction with life, better grades, and a stronger network of social support. Those who preferred to feel happy pre-argument, meanwhile, showed none of the same rewards, reporting lower overall psychological well-being. The pursuit of happiness, it seems, is not always linked to greater well-being.

At the same time, people who were simply angrier in general showed lower psychological well-being.

This study suggests that we might not always be better off trying to get into a good mood. It is appropriate, healthy, and even useful to feel angry when competing or fighting with others, though it is not good for our overall well-being to feel anger across all situations.

Instead, to truly live a happy life, this study offers a clear prescription: It is important to feel—and also to pursue—both pleasant and unpleasant emotions flexibly. Different situations call for context-appropriate emotions, and responding appropriately to them is better for us than always responding happily.

“People who value happiness to an extreme,” the authors remind us, “are not necessarily happier than others.”

So go ahead, get angry—and risk becoming an insufferably cheerful person because of it.