Many of us suffered terrible losses in 2021. In the field of positive psychology, we lost two of our most influential scholars: Mihaly Csikszentmihalyi and Ed Diener. In their honor, I’d like to remember and appreciate the contributions they made to the understanding of human flourishing. 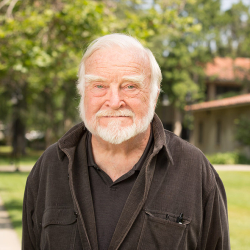 Csikszentmihalyi was born in 1934 in what today is Hungary. He grew up curious and spirited, but his world changed with the outbreak of World War II and the instability that followed. After attending a lecture by Carl Jung as a young adult, he left for the United States and eventually landed at the University of Chicago, setting out to understand why people are the way that they are.

As a student at Claremont Graduate University, I studied with Csikszentmihalyi. With Martin Seligman, Csikszentmihalyi formalized the idea of a field of study that focused on human potential instead of human limitations: positive psychology. But what I was left with after my years studying with him, besides immense awe at his accomplishments, was his unending thirst for knowledge—and how he saw his place as contributing to ideas that could help make the world a better place.

Ed Diener grew up in very different surroundings, but was seemingly driven by a similar desire to understand the conditions that help people to thrive. He was born in Glendale, California, and was raised on a farm in Central California. After receiving his doctorate from the University of Washington, he spent 34 years teaching and researching at the University of Illinois. In that time, he pioneered work on subjective well-being, the study of the ways in which people evaluate their own lives. 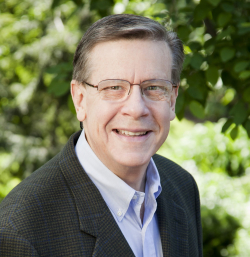 Specifically, Diener sought to understand what makes people happy. He made such strides in that pursuit that he was nicknamed Dr. Happiness. His work has helped to undercover what happy people tend to have in common, as well as what does (and doesn’t) make people happy. His legacy continues to be felt in the field of psychology, as both his daughters (Marissa and Mary Beth) and his son (Robert) are also psychologists.

Both Csikszentmihalyi and Diener shifted our understanding of human behavior, and more importantly provided insights about how we can be happier and more productive. It is difficult to summarize the insights of these great thinkers, but in the spirit of honoring their memory, here are 10 ideas, concepts, and insights that they left us with.

1. Our well-being can (and should) be examined scientifically.

As founders of positive psychology, Csikszentmihalyi and Diener are partly responsible for introducing a new way of thinking within psychological science. Before the early 2000s, psychology was seen mostly as the study of human deficits. While an important undertaking, this focus on understanding and fixing what was wrong with people largely ignored what was right with people. That is, Csikszentmihalyi and Diener helped to popularize the scientific study of the qualities, from gratitude to grit, that can help us to live our best lives.

2. Happiness is (mostly) about other people.

On the journey to understanding human flourishing, one of the first questions people ask is, “What makes people happy?” While everyone has their own opinions on the subject, Diener was one of the first to examine the evidence. What he found is that when you look at the 10% of individuals who report the greatest levels of happiness, the one thing they have in common is having strong ties with friends and family, and displaying a commitment to spending time with them.

3. We should strive for flow.

Diener’s insights into happiness inform us on what helps people feel best. Csikszentmihalyi, meanwhile, was keen to understand what helps individuals be at their best. In his study of people who excel at a craft, such as musicians and rock climbers, he found that their skill seemed to develop most when they were at the ideal intersection between skill and challenge. This moment where they were being pushed just beyond their limits, which he called flow, has become a source of inspiration for companies, schools, and peak performers around the world.

4. Money can buy happiness…to a degree.

Everyone knows the phrase, “Money can’t buy you happiness,” but the debate continues to rage about its accuracy. Again, it was Diener who was able to gather evidence to help clarify and inform public perception. He found that, in general, wealthier countries did report greater levels of happiness than poorer countries. And to show that this was not just coincidence, he also found that countries who increased in wealth also increased in happiness. While the debate continues—and some research claims that this is only true until an individual reaches a certain amount of wealth—Diener helped to show that money plays an important role in creating conditions where happiness is more likely to bloom.

5. There are many parts to our well-being.

All of this emphasis on happiness might suggest that the central component of a good life is one full of good feelings. But it was scholars like Csikszentmihalyi and Diener who have helped to expand our understanding of well-being. Flow, for example, is not always a pleasurable state, as it likely involves struggle and frustration. Csikszentmihalyi found that this desire to push oneself often stemmed from a sense of intrinsic motivation, which leads people to choose a more difficult path based on a drive to achieve mastery, not just be happy.

6. Happiness is good for your health.

While it may not make headlines, Csikszentmihalyi also introduced a new way of studying people. Historically, insights about people’s lives came either from small moments of observation or surveys asking people to remember their experiences. With experience sampling, Csikszentmihalyi and his colleagues asked people about their lives–while they were living their lives. Through this method, Csikszentmihalyi was able to learn that while people spend a lot of their time watching TV (or browsing the Internet), this is one of the least engaging things that we do, way behind our hobbies and even our work.

8. It’s not just individuals, but also institutions and society, that contribute to well-being.

Read any pop psychology book or blog and you will likely come across some form of, “You control your happiness.” While there is some truth to this, Csikszentmihalyi and Diener also strove to understand the role that institutions play. Diener found that what makes you happy in one culture may not necessarily make you happy in another. And Csikszentmihalyi strove later in his career to help nation’s think about how they can support the well-being of their citizens, pushing for well-being to be a standard national metric similar to GDP.

9. Your well-being can change.

One common notion within psychology before the positive psychology movement was that individuals had a set happiness point, and that this point did not change drastically. So why bother trying to improve it, right? Diener helped to change that narrative by finding that certain significant events did in fact change well-being permanently. This suggests that interventions can have a lasting impact, and has paved the way for positive psychologists to focus on applying their research to improve the human condition.

10. It is possible to live what you learn.

It is easy to say what it takes to live a good life, but it is much more difficult to live these ideals. Both Csikszentmihalyi and Diener strove to do just that. They were beloved by their families, friends, and colleagues, and had as positive an impact on their personal lives as they did on their professional ones. They were true examples of how to practice what you teach.

Mihaly Csikszentmihalyi and Ed Diener have given us these insights, and so much more. They will be cherished and remembered for what they taught us and for who they were. And in remembering, we will help their legacies to leave a lasting impression on what it means to live life to the fullest–just as they did.