The field of positive psychology has grown by leaps and bounds in recent years. Now almost everywhere you look, you see articles in mainstream publications about the science of happiness and emotion, purporting to tell us the secrets to achieving a happier life.

Historian Daniel Horowitz, professor emeritus at Smith College, became fascinated with the rising popularity of this scientific movement. But he was also disturbed by some of the larger social and political themes many in the field seemed to ignore—things like wealth inequality, racism, and the benefits of collective political and social action. He decided to take a closer look at where the movement started and who was contributing to its popularity, as well as what might be missing from the discussion. 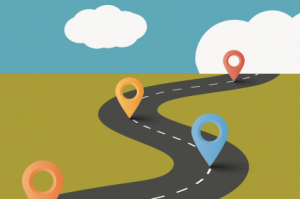 The result of his research is his new book, Happier?: The History of a Cultural Movement That Aspired to Transform America. Horowitz’s book is full of interesting insights into the positive psychology movement and its proponents, as well as an engaging criticism of a science that may be more nuanced than its proponents claim. His book points toward the need for more rigorous science, as well as an understanding of the political implications of particular research questions.

I spoke with Horowitz to ask him about what we can learn from the history of positive psychology and how he hopes the movement will evolve. Below is an excerpt of our interview.

Jill Suttie: How do you think understanding the history of positive psychology helps us to understand the science better?

Daniel Horowitz: Historians think differently from experimental scientists. We’re interested in why ideas emerged at a particular time, what contexts shaped them, and how those working now on these ideas drew on other thinking from the past. Doing that enables historians to see where ideas started. And, since it’s hard these days to avoid seeing discussions of happiness daily in the media, I thought it would be important to explore where and how the science of happiness started. People should be well-informed about positive psychology, because it is a field that is shaping the lives of millions of people.

JS: You argue in your book that the science of positive psychology has been influenced by social and political movements during its development. Can you explain that?

DH: There’s no one-to-one relationship. Just because in the 1970s America hit a very rough patch for a number of reasons doesn’t necessarily mean that’s going be directly reflected in the work of science. Scientific studies, as you know, have their own logic.

But the choice of what to study doesn’t come out of nowhere. It’s shaped by a number of things—the desire to get a Ph.D., to finish your work, to get a job, what your mentor has studied. It’s also shaped by these larger forces.

For example, post-traumatic growth is a key concept for positive psychologists. It has a long history, going back to 1946 when Viktor Frankl published Man’s Search for Meaning. I can see references to his work in the footnotes of people who later studied post-traumatic growth; so, the idea that we grow from terrible, horrendous experiences—in his case, working as a doctor in the concentration camps—is not just floating out there by itself, but can be traced to Frankl’s work and the horror of the Holocaust.

For a historian, events have power. And they have power to shape what historians do, what literary scholars do, and what scientists do. It’s not as if a scientist reads about the election of Ronald Reagan or the change in the Immigration Act in 1965 and decides to engage in a certain kind of scholarly endeavor. It’s not that simple. But these things are floating around, and external events—political and social events—are just one of many factors that govern scientific research.

JS: You write that mainstream positive psychology resonates with cultural conservatism, especially among those who emphasize tough character traits over empathic or compassionate ones. What do you mean by this? 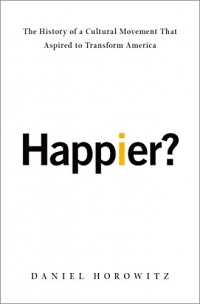 Happier?: The History of a Cultural Movement That Aspired to Transform America (Oxford University Press, 2017, 320 pages)

DH: Before Martin Seligman’s 1998 Presidential Address of the American Psychological Association, there was an immense amount of scientific work on happiness. Seligman, more or less, invented the term “positive psychology,” although it had been used before by Abraham Maslow in the 1950s. But Seligman had a tremendous influence in shaping the field, among many factors, by his ability to marshal resources from foundations, from private donors, from governments, etc. So, when I say mainstream positive psychology, I mean in part that strand shaped and promoted by Martin Seligman.

What does this mean? It means that the work of different scientific researchers is influenced by different political questions. Richard Layard is interested in how to use government to achieve greater happiness. There’s a major initiative in Britain surrounding mental health, for example. It’s based on the argument that you get more gross national happiness if you lift people out of poverty than if you give more money to the upper 0.1 percent.

Seligman’s work with the Comprehensive Soldier Fitness Program—how to help soldiers who have had consecutive services in Afghanistan and Iraq—is shaped by his belief that toughness and resilience are what matter. That’s more of a conservative view.

[Greater Good Science Center founding director] Dacher Keltner has focused on how compassionate touch is essential to people’s well-being, and therefore putting people in solitary confinement deprives them of those essential daily human interactions. His interest in the importance of touching to people is, in part, because of a decision to pursue a certain line of research that has policy implications.

JS: In your view, how does the Greater Good Science Center’s work fit into positive psychology?

DH: It’s clear that the Greater Good Science Center reports on things others don’t and calls for interventions that many other psychologists don’t. For instance, race and racism, gender, and social class are greatly understudied among most cognitive psychologists. But the Greater Good Science Center focuses on these and on interventions that most people in the field don’t talk about—how to overcome racism, how to talk to our children about politics, about the anger we see in this society, about environmental degradation and climate change. These are big issues with very little discussion in the field overall.

JS: You write that mainstream positive psychology has moved away from studying happiness as a positive emotion and toward eudaimonia—an Aristotelian view of well-being based on a virtuous life. What are the consequences of moving in that direction?

DH: I think it’s clear that hedonic pleasures—like back rubs or eating chocolate—don’t offer much in the long run. Though important to people for the moment, they are not important for them in the long term or in their more global sense of well-being. The movement away from—or in addition to—hedonic happiness, and toward a focus on meaning and purposefulness, is to be fully welcomed and embraced, because that shift helps scientists and people like me understand the importance of a much broader range of experience.

JS: You write about the economist Daniel Kahneman’s influence on positive psychology. What did he contribute? 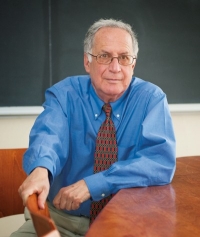 DH: I love his book Thinking, Fast and Slow, and how it emphasizes the difficulty we have predicting the results of decisions we make. I find that to be so powerful and important in positive psychology.

His emphasis on the difficulty of predicting the consequences of our behavior also seems to me to be a warning to positive psychologists to be very careful in their assumptions. Exercises that work in the laboratory or in survey research may not, in fact, be as effective as we think. His skepticism and caution are quite important to remember.

JS: How have neuroscientists like Richard Davidson impacted the field of positive psychology?

DH: I think his studies of the neuroscience of happiness are powerful and interesting. His testing of monks and others who have had decades of meditation is really important work, and it has implications for how we should live. Although I’ve never meditated myself, I admire his work enormously.

Also, Davidson’s work reminds us that it’s not just genetics that influences happiness, but how the brain works. Neuroscience research like his has broken open this field. We may be on the verge of really discovering the neuroscience of happiness—the brain chemistry, the brain structure of happiness—that may well enable us to make strides in [practical] interventions.

JS: Do you think criticisms of positive psychology research have been addressed adequately?

DH: Criticism about countering the excess emphasis on positivity, and calling for an emphasis on the negative as well, has been well understood and taken to heart. There’s also a worry within the field of moving too fast from a bench science or experimental science to popularization. But there’s not as much focus on that as I’d like to see.

There are a lot of people—like Gretchen Rubin, Martin Seligman, Howard Gardner, Daniel Goleman—who’ve popularized positive psychology and are read by tens if not hundreds of thousands of people. I’m fascinated by the kind of excitement that their books conveyed—about how they can transform your life. That’s a danger of exaggeration, caused by too much quickness to move toward popularization.

On the other hand, the benefits are enormous. And certainly Greater Good has been part of that. I don’t want to deny for a minute that tens of millions of people, if not more than that, have been transformed by mindful meditation, by adopting aspects of Buddhism, by cultivating more resilience or compassion or altruism. There’s no doubt in my mind that those scientifically verifiable conclusions have influenced and improved the lives of many.

DH: I have hopes that some of the things I say will encourage more political dialogue across ideological lines. I hope that some of the issues I raise in the book—immigration, class, etc.—will become more widely studied. I’d like to know whether being in the Tea Party or in Black Lives Matter impacts people’s sense of well-being. I don’t think those studies exist, and I’d like to see them.