Growing up, Jim Doty had many strikes against him: an alcoholic father, a mother with depression, a family living in poverty. But somehow—in a journey he recounts in his new book, Into the Magic Shop—he managed to overcome them.

Dr. Doty is now a clinical professor of neurosurgery at Stanford University. He founded and directs the Center for Compassion and Altruism Research and Education (CCARE), where the Dalai Lama was a founding benefactor. As a philanthropist, he has given millions of dollars to support health care and educational charities around the world.

He attributes his success partly to a kind woman named Ruth, who took 12-year-old Doty under her wing. Over the course of a memorable summer, she taught him techniques of mindfulness, visualization, and compassion that would transform his life. Now, with his book and with CCARE, he is sharing those practices (and the new science behind them) with others—and hoping to help them avoid his mistakes.

I interviewed Doty about the importance of teaching compassion along with mindfulness, the crisis of compassion in health care, and what’s coming next in compassion research.

Kira M. Newman: You believe that mindfulness without compassion—what you call in your book “opening the heart”—is problematic. Why is that? 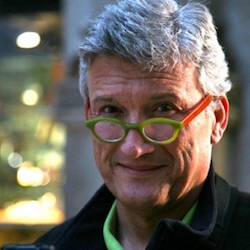 What happens for some people unfortunately is that it stops [with mindfulness]. For certain types of individuals—often Type-A, driven individuals—this is a wonderful technique to become more attentive and more focused. But the problem is that unless you incorporate the other techniques that Ruth taught me, that we now know are critically important, it can be detrimental and make a Type-A person a more competitive, ruthless individual.

The other thing I’ve noticed, especially here in Silicon Valley, is for the same Type-A people, it also creates a competitiveness about how mindful they are. Somebody in a conversation with me recently said, “You know, this is my third 10-day silent retreat.” [laughs]

Unfortunately, mindfulness is another way that people sometimes use to compete and compare, and of course this is the antithesis of this practice. If you go back to its origins, ultimately the goal here is to develop less ego, not to use this practice to support one’s ego.

KN: After focusing on mindfulness practice for many years, how did you come to realize the importance of compassion in your life?

JD: Coming from my background of poverty and a sense of emptiness, I believed initially that money and the acquisition of things were what gave me worth and value and, more importantly, control. As a child, I felt like a leaf being blown by an ill wind with no control. I thought that once you get control (and money is a way to get control), suddenly the clouds would part and the sun would shine and I would have a big smile on my face. Nothing could be further from the truth, but it took me a while to learn that.

Initially I did chase after these other goals that so many people chase after—and ultimately what I realized was at the peak of my “success,” I had never felt more empty and unhappy. It was only at that point that I actually went back and processed the time I spent with Ruth and went through every part of it again to understand the totality of the experience. That allowed me to orient myself from a hyper-competitive goal orientation towards money and “success,” to orienting who I was and what I believed in—what I openly recognized was actually important and gave meaning—toward being of service to others. And that’s how I’ve directed my life since.

What we now know through science is that caring and nurturing is not only necessary for survival but it’s necessary for thriving. When we are around others, when we support others, when we are kind to others, when the hard-wiring within us (which I would submit to you is our default mode) is engaged, the recognition of another’s suffering and the desire to alleviate that suffering switches us from engagement of our sympathetic nervous system to increased tone of the vagus nerve and stimulation of the parasympathetic nervous system. When that is stimulated, this gives one a sense of calmness, a desire to connect, it lowers your blood pressure, it brings to baseline those hormones associated with stress, it boosts your immune system, and ultimately it’s associated with an increase in longevity because your physiology is working at its best.

KN: How do we find a balance between feeling burned out by compassion and being detached from others’ pain?

JD: People who are markedly empathic and people who are attracted to the caring professions, like doctors and nurses, oftentimes do have difficulty with this. In some ways, there’s almost an overwhelming amount of suffering, and none of us has the capacity to alleviate all of that suffering. So the most important thing is to recognize that fact and also set realistic boundaries for yourself and reasonable goals in terms of your own capacity to give.

We’re now seeing an epidemic of compassion fatigue (although some people don’t like to use that term), of burnout among health care workers or those who are in caring jobs. We at CCARE as well as others have been working on techniques that are scalable that give people the resources to understand the reality of giving too much, and a toolbox that allows them to step back and gives them support and a variety of techniques that protect them as they continue on the job.

KN: Does that include some health care workers? They haven’t maximized their ability to be compassionate, either? 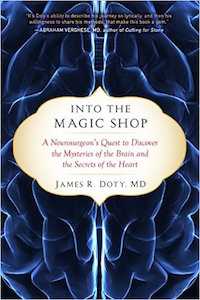 JD: Unfortunately, what’s happened to a number of physicians is because it is so emotionally draining—and frankly also takes time—they have disengaged themselves from actual interaction with patients in the sense of being really present for them. The interaction is sort of a non-emotional listing of what’s wrong with them and what is recommended and then walking out of the room.

Certainly that is not the way to practice medicine. I tell my residents that our success even in a highly technologically sophisticated speciality as neurosurgery is just as importantly affected by kindness and compassion as our technical and surgical skill, and I really believe that to be the case. When a patient comes to you, oftentimes what’s the case? They are anxious and scared, and this has stimulated the sympathetic nervous system, which depresses the immune system, raises their blood pressure, impairs cardiac function, and results in the release of these stress hormones.

When you present them with kindness and compassion, it immediately shifts from stimulation of the sympathetic nervous system to stimulation of the parasympathetic nervous system—the same process I described before. Wound-healing is promoted, and when your immune system is promoted, it decreases the severity and length of disease. If you look at the research that was done on attachment, when somebody doesn’t feel that they’re connected with other people (as an example, the doctor-patient interaction), it has a negative effect on them physiologically.

KN: With CCARE, you’re on the cutting edge of research on compassion. What do you see as the biggest upcoming areas of study?

JD: They’re actually several that are quite fascinating. One is this understanding that there are genes that are affected when we act compassionately or not, and that many of these are associated with inflammation. And we know now (and are learning more every day) that inflammation has a huge effect on disease, whether it’s cardiac disease, peripheral vascular disease, and many others. The work of Steve Cole and others is giving us insights into how genes and epigenetic phenomena associated with being compassionate or not are so, so important.

The other area is how different types of mind training or contemplative practice or meditation focused on compassion can affect your health. In fact, some preliminary work indicates that these practices could be as beneficial to your health as being at your ideal body weight, exercise, or quitting smoking, so they’re very, very powerful.

As we head off into the reality of artificial intelligence and machine learning, controlling more and more of what is going on around us, compassion will have an ever-greater role in this domain.

It’s sort of interesting: We have computer science, which of course is very math-based, and oftentimes you would not necessarily consider those individuals to be the ones reading Shakespeare or engaged in the humanities or philosophical discourse.