Should a hummingbird be able to be a plaintiff in court? According to philosopher Martha Nussbaum, the answer is yes. 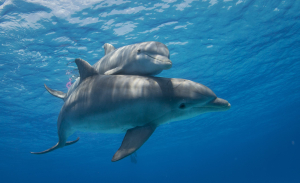 In her new book, Justice for Animals: Our Collective Responsibility, the distinguished professor of law and philosophy at the University of Chicago offers a new theory of animal justice that is meant to inform our law and policy. Her theory is based on the “capabilities approach,” which looks not only at the harm done to animals, but whether we’re infringing on their freedom to live full lives.

Granting animals the rights, under the law, that they deserve has never been so urgent, Nussbaum contends.

Animals are being threatened as a direct result of human activity. “The habitats of large land animals are shrinking. In the seas, plastic trash is choking whales and dolphins,” she says. “Oil drilling is polluting the sea with [damaging] noise. And in the skies, air pollution is choking migratory birds.”

“Human domination is doing a lot of harm,” says Nussbaum. “We need to forge a human consensus to do something about the problem.”

Nussbaum hopes her theory could be integrated into a “virtual constitution,” adopted across the globe. She believes that the most egregious offenses—factory farming, puppy mills—should be the first we shut down.

I talked with Nussbaum about how we should think about animal rights and how laws might change to allow animals to live peacefully and freely. Here is our conversation, edited for clarity.

Hope Reese: Why now, more than at any point in history, should we consider animal rights? 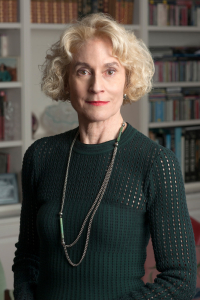 Martha Nussbaum: Science has made enormous progress in the last 30 years. It’s clear that animals are not brute beasts; they have complicated forms of perception, some of which humans don’t even have. There’s a lot of evidence that animals have complicated behaviors—social behaviors that are learned, not just genetic. They are like humans—they develop their behaviors through learning.

Thirty years ago, people thought birds had no intelligence at all. They thought, “Oh, if you don’t have a neocortex, you don’t have any intelligence.” But birds, by a different evolutionary path, have converged on a lot of the abilities that humans and other mammals get through the neocortex. And they’re some of the most intelligent creatures. They communicate in languages that even involve syntax. They do wonderful feats of social interaction. They’re also really resourceful in the way they plan ahead. Birds can navigate by sensing magnetic fields. That’s something that humans can’t do.

HR: Why is it important that animals have social learning?

MN: The key behaviors of marine mammals are learned through social teaching. They’re not automatons; they’re much more like humans than we thought. It tells us what harm we do when we rip their social fabric apart. When we kidnap young whales and put them in a theme park, this deprives them of the chance to learn to be a whale or a dolphin—just as a human being who’s brought up without any human company would be deformed beyond recognition.

HR: What kind of animals should be granted justice, in your view?

MN: It’s important to ask which animals are sentient—that is, capable not only of feeling pain, but of having a point of view of the world. Right now we believe that vertebrates and many invertebrates have those capacities. Scientists think the crustaceans probably don’t and that insects probably don’t. It’s important to develop ethical criteria, but then to be prepared to use them in accordance with what we know.

HR: What is the difference between your theory and others? Why do you think yours is better?

MN: The Nonhuman Rights Project does a lot of litigation on behalf of animals, using what I call the “so-like-us” approach—which judges animals by an alleged likeness to human beings, using the old traditional idea of a ladder of nature with us securely at the top. It’s a religious idea, which means we’re closer to God and the others straggle behind.

Steven Wise uses this approach because he thinks he’ll be able to make progress on behalf of animals such as elephants, that he judges to be very human. But if you use the wrong approach, it sends you down the wrong path. It means that these animals are cut off legally and morally from the other animals who are suffering greatly, and who are very intelligent in their own way. It also presents a false picture of nature. There is no vertical ranking of creatures—each has their own idiosyncrasies, their own abilities. What we really should be doing is relating to each creature in its own way.

The utilitarian view of Jeremy Bentham and Principles of Morals and Legislation issued a clarion call for concern for animals. He pointed to the fact that animals are just as capable of suffering and dying as humans are. He thinks suffering is the key thing. The problem with that is, first of all, it’s an average. It doesn’t look at the world in terms of how each being gets to live. It asks: What is the average pleasure or the average pain? So it has trouble doing justice to those who are at the bottom of society’s ladder.

Animals need freedom from pain. Absolutely. But they also need sociability with creatures of their own kind. They need stimulation of their senses. They need to have a diverse sensory environment, which they would seek out if they could. And they need to have room to move around. Elephants typically cover 200 miles a day. We need to know these things about creatures—and the utilitarian approach doesn’t capture that.

The important thing is for each animal to have opportunities. I do think, over time, there can be convergence between these theories.

HR: What do animal rights currently look like, legally? You mention a case involving whale protection in your book. 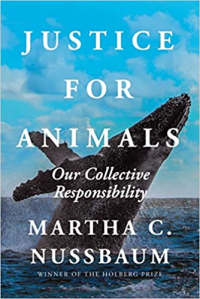 MN: The U.S. Navy sonar program is now ruled illegal because it disrupts the behavior of whales. Well, the question was, what’s bad? If you thought that only pain is bad, then you would think the sonar program is good because it does not inflict pain. But it does disrupt life activities. For example, interrupting reproduction, interrupting migration, creating heightened emotional stress.

This law that’s been on the books for a very long time, the Marine Mammal Protection Act, was not held to create any problems for the U.S. Navy’s sonar program. But when judges really looked at whales and looked at how they live and act, they realized that these disruptions caused an adverse impact.

HR: So you argue that the whales themselves should have the right to go to court as plaintiffs of a legal action, right?

MN: Standing means the ability to go to court as the plaintiff of an action. You have to show under the law of standing that you’ve suffered a particularized injury.

[Right now,] to challenge harm to animals, some human has to be able to go in and say, “I have suffered a particularized injury because of this abuse.” And only certain kinds of injuries are admitted. But where are the animals?

HR: Hypothetically, if animals are granted this right to defend themselves or have somebody defend them, how does that work?

MN: There are many humane organizations and NGOs trying to get into court representing animals. In the whale case, at least the Natural Resources Defense Council was allowed to go to court on behalf of the whales—that was a departure from previous practice. But that’s always tricky and it requires judges who are sympathetic.

If the whales themselves would be the plaintiffs, then the NRDC would be their legal representative. There are many other organizations. The Humane Society of the United States does a lot of litigation on behalf of puppy mills. There’s no shortage of qualified representatives. And the more local it is, the easier it is to do relief.

In Chicago, we have a Department of Child and Family Services where if I witness any abuse to a child on main campus, I am required as a mandatory reporter to call up the D.C. office and report that. I’m proposing something similar for animals. Of course, these things are covered by law, but the laws are not enforced. So the way we get enforcement is to have this mandatory reporting mechanism where people are required to call up the Department of Animal Welfare and report that I saw a dog being detained or I saw a dog that looks malnourished.

The Migratory Bird Treaty Act and the Marine Mammal Protection Act have been delegated to certain federal departments like the Department of Commerce. The thing is that their hands are tied—no one can really sue.

If animals had standing, then those departments—in addition to some humane organizations—would be their legal representatives.

HR: This subject is personal to you—your daughter, Rachel, an animal rights lawyer, died in 2019. What did you learn, and how are you trying to carry on her work?

MN: As I was doing the work with Rachel earlier, I learned a lot through her about whales and dolphins—because that was her particular passion. That was the biggest surprise.

During the work on the book, I learned a lot more about farm animals, and pigs in particular. I really knew zero about birds. The pleasure of learning was so great—it didn’t actually change the direction of my theory, but it made me think it’s much more urgent.