Which activity sounds better to you?

Which of these two songs sounds better to you?

A. Calgary, by Bon Iver

If you were to use an illegal drug, which would you choose? 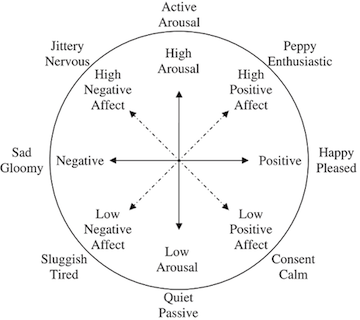 What do your responses to these questions say about you?

If you chose mostly a’s, you may tend to prefer LOW arousal positive (LAP) emotional states. In other words, you like to feel relaxed, calm, and peaceful.

If you chose mostly b’s, you may tend to prefer HIGH arousal positive (HAP) states, like enthusiasm, excitement, and elation.

These preferences are referred to as “ideal affect” states and are measured with a scale developed by Jeanne Tsai and colleagues called the affect valuation index (the quiz above is just for fun—it’s not used in research). In other words, we all want to feel good, but the meaning of good differs in striking ways.

Where does ideal affect come from?

The emotional states that we prefer are largely shaped by culture.

Tsai’s research has revealed that East Asians tend to prefer LAP states, whereas European Americans tend to prefer HAPs. Messages about how we “should” feel pervade all facets of culture, ranging from language use (e.g., in America, everything is “great”) to child-rearing practices (e.g., American parents tend to frame even routine chores as fun games).

Even lullabies show different patterns. A 1991 study by Hanuš Papoušek and colleagues found that Chinese mothers sang in soothing, falling tones, whereas American mothers sang in rising melodies with a greater frequency range. 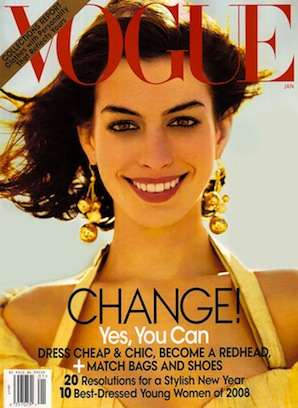 Another 2007 study by Tsai and a colleague found that American women’s magazines showed more excited smiles (high intensity, open mouth, wrinkles around eyes), whereas Chinese magazines showed calmer smiles. These associations were not due just to temperament or differences between introversion and extroversion: temperament influences the actual emotions people experience, but not what they ideally want to feel. 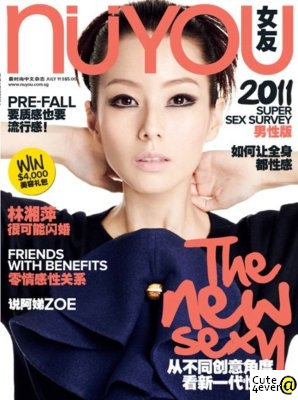 What accounts for these differences? One explanation lies in the value that East Asian cultures place on social harmony, prioritizing others’ needs, and fitting in with the group—in contrast to the value that American culture places on individual rights and achievement. High arousal, highly expressive emotions better serve the latter emphasis, whereas quieter, more muted emotions better serve the former.

It is important to note, however, that these patterns do not encompass every individual within each culture—there are certainly exceptions, and sub-culture variations. For example, many aspects of hippie and New Age culture in the Unites States seem to favor LAP states, although I’m not aware of research on this topic. There is also some suggestion that older adults value HAP less as they age. Personally, I prefer a mix of LAP and HAP, with a slightly stronger preference for LAP (though relative to individuals living in East Asian cultures, I may be more HAP-oriented than I realize).

Why do affect preferences matter?

Research shows that ideal affect shapes multiple aspects of our lives, from the music we like to the vacations we plan to the drugs we use. It also affects the way we conceptualize and treat mental illness.

For example, a widely used American index of well-being, the Bradburn Affect Balance Scale, prioritizes HAP states like feeling on top of the world and being proud of personal accomplishments. This conception of happiness may erroneously categorize LAP-oriented people as less happy and healthy, and clinical treatments based on this model may not be effective for these individuals.

Tsai suggests that clinicians tailor their approaches to the ideal affect of their patients. She gives the example of a person who is trying to quit smoking: if they most value the calming effects of nicotine, they should try replacing it with meditation; if they value its stimulating effects, perhaps they should try rollerblading instead!