How well can you read people? Do you have a good sense of what those around you are thinking and feeling, even when they’re reluctant to open up? 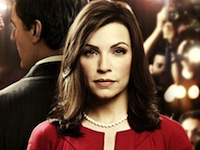 If not, you can improve this valuable ability by spending quality time with some fictional friends. Like Don Draper, Alicia Florrick, and President Bartlet.

Two years ago, groundbreaking research revealed that reading literary fiction can help us understand the inner lives of others. Now, a newly published paper finds watching quality television drama can do the same thing.

“Film narratives, as well as written narrative, may facilitate the understanding of others’ minds,” write University of Oklahoma psychologists Jessica Black and Jennifer Barnes in the journal Psychology of Aesthetics, Creativity, and the Arts.

Black and Barnes took as their starting point a 2013 study that found “the ability to interpret the mental states and emotions of others” (which psychologists call “theory of mind”) can be bolstered by reading literature.

As Black and Barnes note, high-quality fiction often requires readers “to fill in gaps in the narrative to enrich their understanding of characters’ mental lives, relationships, and emotions.” Once developed, this skill can be transferred to real life.

But is this unique to the process of reading, or is it also true of television? While well-written TV dramas offer complex characters and ambiguous situations, “processing the visual representation of the interplay among characters may make for a more passive experience for viewers than would constructing mental imagery of their own,” the researchers note.

To find out, they conducted two studies. The first featured 100 college students who were randomly assigned to watch an extended excerpt from either an award-winning drama (Mad Men or The West Wing), or a documentary (How the Universe Works or Shark Week: Jaws Strikes Back).

Participants then took the “reading the mind in the eyes test,” which was also used in the 2013 study. They were shown 36 images of sets of eyes, and asked which of four words best described the person in the photograph: jealous, panicked, arrogant, or hateful.

Not surprisingly, the researchers found women were better than men at choosing the correct emotion. But for both genders, those who watched the fictional program scored higher on average than those who saw a documentary.

The second study was more rigorously designed. This time, the 116 student participants were randomly assigned to watch a full, 46-minute episode of the Good Wife or Lost, or a documentary that received a similar level of critical acclaim (Is Time Travel Possible? or Colosseum: Roman Death Trap, part of the PBS series NOVA). In addition, this study had a control group of 60 people who took the aforementioned test without seeing any program.

Strikingly, the size of the effect they found, while not huge, was “almost identical” to the 2013 study, which compared people who read an excerpt from literary fiction to those who read a piece of non-fiction. Thus this study provides preliminary evidence that engaging with quality fiction has the same positive impact whether you’re reading or watching it.

Can Don Draper from the TV series Mad Men increase your emotional intelligence?

And why not? “Both written and filmed fictional narratives demand that the audience understand the feelings and intentions of the characters,” Black and Barnes write. “Without knowing what the people in a story are thinking, it is difficult, if not impossible, to follow the plot.”

As the researchers note, these results leave many questions unanswered. Would watching a quality comedy produce the same results? What about “award-winning dramas with a strongly episodic structure, such as House, or more fantastical fare such as Game of Thrones?”

That remains to be seen. But, if nothing else, the study offers an excellent excuse for why you spent your entire weekend in front of the television, binge-watching. It turns out you weren’t being a sloth after all. You were enhancing your emotional intelligence.

This article originally appeared in Pacific Standard Magazine, which grapples with the nation’s biggest issues by illuminating what shapes human behavior.