If we want to become happier, should we focus on ourselves or focus on others? 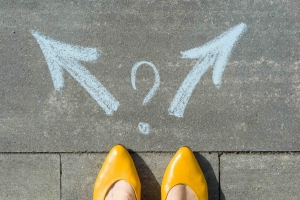 In a study published in the journal Emotion, 263 American participants received instructions on their smartphone daily for 10 days, to perform one of three activities. One group was assigned to engage in moral deeds (such as giving to charity or helping someone else), one group to think moral thoughts (such as thinking good things about someone else or hoping for someone else’s success), and one group to do something kind for themselves (such as relaxing or treating themselves to a nice meal). On five of the study days, participants were instructed to complete their assigned practice; on the other five days, they were given no instructions.

Each night, participants filled out surveys of their happiness, their life satisfaction, their sense of purpose in life, and how connected they felt to others. The surveys also asked participants how moral and virtuous they felt, how exhausted they were, and how much they felt different emotions, including gratitude and elevation (the feeling of inspiration that comes from witnessing someone else’s good deed).

The researchers then compared people’s responses on days when they engaged in the practices to days when they did not—and found that the practices had a wide range of benefits. Most notably, all three practices led participants to report greater happiness and life satisfaction, elevation, and closeness with others that day.

The researchers suggest that activities focused on others and activities focused on ourselves could impact our well-being through different routes. Other-focused acts might boost “eudaimonic” well-being, the kind that comes from a sense of purpose and meaning. On the other hand, they suggest that self-focused behaviors could bring us “hedonic” well-being (feelings of happiness and enjoyment).

This research builds on a 2018 study, which found that being kind to others or to oneself both increased happiness. However, this prior study focused only on one benefit (happiness), while the current study included a wider range—and found different effects on people’s empathy, morality, gratitude, and exhaustion.

These findings are significant because they aren’t necessarily intuitive to us—which means we probably aren’t making the best choices for our overall thriving. In a follow-up study, the researchers asked a different group of participants to guess how moral deeds, moral thoughts, and treating oneself would affect well-being. The researchers found that people tended to underestimate some of the benefits of treating themselves, suggesting that people don’t fully recognize the importance of self-care and self-kindness.

Taking time for self-care may prevent the exhaustion that sometimes results from focusing only on the needs of others. Ultimately, the researchers suggest, the goal would be to balance self-care with helping others—which is easier said than done, of course. “Alternating which strategy one employs might enable people to get the benefits of both, without the drawbacks of either,” write study authors Adam Waytz, associate professor at the Kellogg School of Management at Northwestern University, and Wilhelm Hofmann, professor at the University of Cologne.

In other words, we shouldn’t necessarily be looking for the one secret to happiness, but rather practicing a variety of activities. As the researchers explain, “there are multiple paths to subjective well-being.”