When parents practice empathy toward a child, they help instill a sense of security and an ability to empathize with others later in life. When you were young, which of these did you feel more often?

a) No matter what I do, my parents love me;

b) I can’t seem to please my parents, no matter what I do;


The answers to such questions don’t just reveal truths about our childhood. They also tend to predict how we act in our closest relationships as adults. 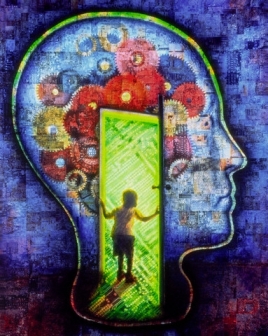 Our childhood shapes our brain in many ways—and so it determines our most basic ways of reacting to others, for better and for worse. When parents consistently practice empathy toward a child—that is, they tune in to the way that child views and feels about her world—they help instill in that child a sense of security and an ability to empathize with others later in life. But when parents act dismissively toward a child, they can make it harder for that child to be in touch with her emotions and connect with other people.

Daniel Siegel has done years of research to support these conclusions. Siegel, a psychiatrist at the University of California, Los Angeles, founded the field of “interpersonal neurobiology,” which explains the brain basis for our habits of bonding with others. His research shows how we can overcome emotional disadvantages that might have arisen from difficult childhoods.

“Let’s say a child’s angry and is starting to throw something,” says Siegel. A dismissive parent focuses on stopping the behavior, instead of acknowledging the emotion that might have caused the child to throw that object. “The emotion behind the behavior is not recognized. It’s not seen.”

If parents consistently fail to acknowledge and discuss the connections between a child’s behavior and her emotions, says Siegel, the child won’t gain any insight into her own thoughts and feelings, nor will she appreciate other people’s emotional states. Siegel calls this ability “mindsight,” and he argues that it serves as the basis of self-awareness and empathy, while also predicting what kind of parent that child will grow up to be.

However, Siegel points out that actual childhood experiences are less important than how we make sense of those experiences. In other words, we can learn to think about our experiences in ways that can help us overcome them. This is good news for parents who had miserable childhoods. In fact, it’s never too late for adults to develop mindsight, because we can always rethink our childhoods, gain a new understanding of them, and thus avoid repeating the mistakes of the past with our own children.

When I spoke with Siegel recently, he described how he watched a 90-year-old woman in therapy learn ways of talking about her own and others’ emotions, after a lifetime of denying them. The process, he says, started by revisiting her childhood, when “she would come home sad and she would be punished for not being more upbeat,” which created a person who was good at focusing on behavior and bad at perceiving feelings. But when Siegel helped this woman see how her habits of mind were shaped in childhood, she was able to free herself from their grip.
“You can make sense of what has happened to you,” says Siegel, “and become freer from these prisons of the past that really constrain so many people.”

Other scientists have conducted research that validates Siegel’s ideas. For example, Joseph LeDoux, a neuroscientist at New York University and perhaps the world’s leading expert on emotional memory, has found that whenever we bring to mind a strong emotional memory and think about it differently than we had before, it actually gets chemically recorded in the brain in a whole new way. A process of introspection can actually change the way that memory is imprinted on our brains, providing a neural basis to lasting changes in our behaviors and habits of mind.

“Research absolutely demonstrates that if you take the time to make sense of what happened to you, then you can free yourself up to develop your own sense of security inside of you, and also have children who have a secure attachment to you,” says Siegel. It’s a hopeful message: No matter what happened to us in childhood, we never stop growing.

Goleman’s full conversation with Daniel Siegel can be heard as part of the audio series Wired to Connect: Dialogues on Social Intelligence, available through more than Sound Productions.