Half a dozen mothers are watching videos of themselves caring for their toddlers, taped in their homes a week or two before. The videos present a montage of each of the mothers with their toddlers in warm moments. The soundtrack: the song “You Are so Beautiful.”

“That is the song,” the group leader tells them, “your children are singing to you.” 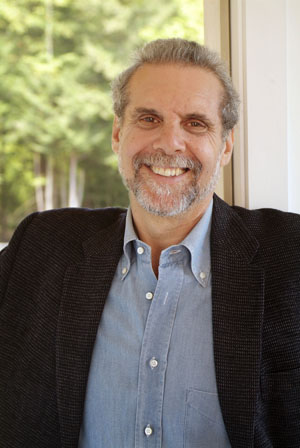 The point of the meetings is for each mother to become more aware of her strengths at mothering, and to try to get better at habits that need improvement. So over the ensuing weeks, they will see other videos that show ways they might struggle at caregiving—being too intrusive, or tuned-out, or simply missing cues from their toddlers about what they need.

The mothers study the videos of themselves and their toddlers, and get coached in how, for instance, to be more relaxed about letting their kids explore and play, or being more sensitive to when a two-year-old wants a hug or just the reassurance of sitting on her lap.

Such simple lessons in mothering may seem obvious, but here they have a purpose. This program, called the Circle of Security, is typical of many designed for mothers who are “at-risk”: alcoholic or drug users, clinically depressed, or single and living in poverty.  When mothers have problems like these, they are more prone to being off-key with their toddlers—overly protective or indifferent—in ways that can be damaging to their child’s sense of security. Children of such mothers are more likely to grow up with difficulties forming secure attachments, that most basic key to human connection.

But if caught early, such patterns can be changed for the better. Mothers can learn to correct the ways they inadvertently disrupt their loop with their toddlers, or to repair such disruption when it does occur. That claim stands not just on one or two studies, but on a meta-analysis of 70 separate assessments of programs involving thousands of parents and toddlers, designed to help them connect better.

The verdict was that the programs led to a strong improvement in parents’ abilities to empathize with their toddlers; they became more sensitive to cues indicating their children needed comforting or were ready to go out and play on their own.

“When an intervention is rather successful in enhancing maternal sensitivity, this change appears to be accompanied by a parallel positive change in infant attachment security,” write the authors, researchers at Leiden University in the Netherlands.

In other words, the parents became better at providing a secure emotional base for their children. The more parents’ attunement improved, the greater the toddlers’ sense of security. And, the authors add, “interventions involving fathers appear to be significantly more effective than interventions focusing on mothers only.”

To be sure, most mothers or fathers do not need such coaching. But the good news is that the biggest improvements were seen in the very families where help was needed the most—for example, with poor unwed teen mothers, those who were clinically depressed, or both.

Surprisingly, the interventions did not need to be all that elaborate to work. Some of the strongest improvements were found in just five sessions of coaching—even when mothers simply watched a 15-minute videotape and were given a Snuggli infant carrier they could use to keep their baby attached to them throughout the day. And when the coaches were other mothers, the studies showed better results than when the programs used highly trained mental health workers.

These programs try to get kids on the right neural track during that early window of opportunity, the first three years of life, when their brains go through a major sculpting of neurons. The success of these programs shows how some seemingly minor gestures, such as helping a toddler calm down when she’s in tears and checking in with her to see how she’s feeling, can make a child feel nurtured and loved. And if kids get off to a nurturing start in life, their heightened capacity for affection and empathy will pay off in a loving adulthood.