Over 22 years as a photographer for the New Orleans Times-Picayune, Ted Jackson has shot everything his lively city has thrown at him: jazz festivals, drug dealing, murder scenes, and many, many Mardi Gras parades. But like most of New Orleans’s residents and elected officials, Hurricane Katrina caught him unprepared.

The hurricane hit New Orleans on a Monday morning. Jackson assumed, as did many of his neighbors and colleagues, that the damage was bad, perhaps as bad as the wreckage Hurricane Betsy caused to the city in 1965. Not until he set out later that morning did he realize how dire the situation actually was; when the levees broke, it got much worse. Jackson’s photos from those first few days awakened his editors, and then the rest of the city and country, to the true extent of Katrina’s impact. 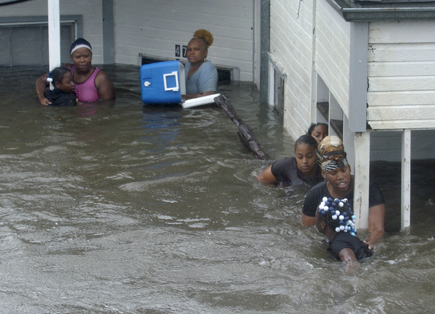 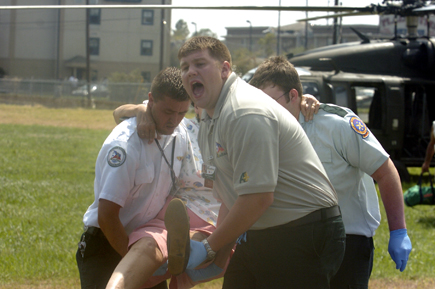 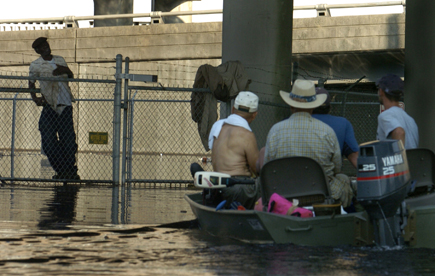 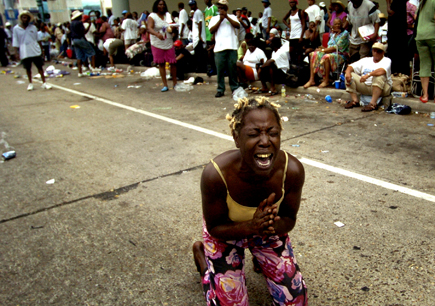 Getting those images was no easy feat. When the Times-Picayune staff evacuated its offices on Tuesday, most drove away in newspaper delivery trucks; Jackson found a rowboat and ventured into the city. He braved punishing winds and rising waters to shoot some of the first post-Katrina photos anyone would see.

But the weather was only one of his concerns. Jackson also faced the ethical challenge of juggling his journalistic responsibilities with his desire to help the people he saw through his camera’s lens.

“I felt there were many times during Katrina when I was not just the first responder, but in a way I was the only responder, and if I didn’t help, no one else would,” he said. “I had to try to muddle through it and figure out when to shoot and when to try to help.”

Jackson’s story provides a dramatic example of a problem many journalists face every day: when to intervene in the events they’re covering, and when to remain observers. Jackson had to continually weigh the importance of his photos against the more immediate assistance he could offer to some of Katrina’s victims. Complicating matters further, he found himself in a few situations where he tried but was unable to help other people—was it still okay to shoot their picture?

What follows are four photos that Jackson shot in the first four days after Katrina struck New Orleans. They illustrate four different ways he responded to the scenes before him. First is a photo Jackson shot even when he couldn’t help his subjects; the next one shows a situation in which he chose to help rather than keep shooting; then there is a scene he shot while also helping; and finally there’s a situation in which he believes taking a photo was the greatest help he could have provided to his subject.

Alongside each photo is Jackson’s account of the story behind it, revealing the ethical, practical, and professional considerations that were running through his head. Taken together, Jackson’s photos and narration document his struggle to do the right thing under extraordinary circumstances. They also offer a unique case study of how a journalist handles his sometimes competing obligations to his subjects, his audience, his editors, and his own conscience.