Almost as quickly as Hurricane Katrina struck the Gulf Coast, commentators offered their interpretations of what the hurricane revealed about American society. In the confusion and chaos that enveloped New Orleans after the hurricane, some saw a breakdown of civil society—evidence that we’re no longer bound by strong social norms or even basic codes of decency. Others pointed to the outpouring of charitable donations for Katrina evacuees as a testament to Americans’ generosity toward the less fortunate.

No matter what conclusions they reach, the American public has viewed Katrina as an opportunity to reflect on the strength of its social bonds and sense of national solidarity. This conversation echoes the one that took place after September 11. 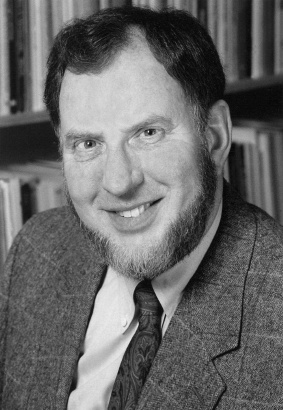 But both of those discussions were chapters in an ongoing national dialogue that was given new life in 2000, when political scientist Robert Putnam published his book Bowling Alone. Putnam’s book was a thorough and persuasive account of the breakdown of community in America. He documented trends over the last century to show that Americans are far less likely today to participate in politics, attend church, or join social groups like bowling leagues. What’s more, Putnam found that our diminished social networks undermine our personal health, public safety, and the performance of our government. He used the term “social capital” to refer to these social connections that accrue benefits for individuals and communities.

Putnam’s research gives him a unique perspective from which to put Katrina in a broader context. In a recent interview with Greater Good, Putnam said he personally subscribes to what he calls “the left-wing narrative of Katrina.” By that account, he said, as the hurricane approached, “the rich white folks got in their BMWs and were confident that their credit cards could get them a hotel room in Baton Rouge or Houston or wherever,” and they never thought about their many fellow citizens who had no cars or credit cards and were left behind in the Superdome or Convention Center. In the immediate aftermath of Katrina, he said he hoped that the hurricane would “put a human face” on the growing inequality that exacerbates social disconnection in America, and motivate the public to do something about it.

But Putnam said he believes people have resisted those lessons from the hurricane, instead focusing on a “more conservative narrative,” which he described as, “‘Did you see those folks in New Orleans? They not only couldn’t take care of themselves, but they turned on one another.’”

Putnam has been trying to make sense not only of what Katrina showed us about American society but why Americans have reacted to the hurricane in the way that he thinks they have, and what the entire tragedy has suggested about the future of social capital in America. He recently shared his views with Greater Good .

Greater Good: You say you endorse a particular “narrative” to explain what happened after Hurricane Katrina, one that points to the growing gap in socioeconomic inequality and to diminished social connectedness. Why do you think the public has been resistant to that narrative?

Robert Putnam: I think there may be two reasons. One is: We are bowling alone, right? And I’m the guy who wrote that book, but at some level even I am distressed that our “we” has so shriveled that relatively well-to-do white people don’t think of the black folks in the Superdome as being “us.”

There’s another reason actually that I think that other narrative has caught on—the one that says, “It’s their fault,” and talks about the looting and so on. And I want to be really careful here because I don’t want to sound at all as if I’m blaming the victim. But there is a bit of evidence that could seem to sustain that narrative. There’s actually a graph in Bowling Alone that shows that one of the lowest levels of social capital is in Louisiana, and that the poorest level of government—the least responsive, most corrupt government in America—is in Louisiana. So in some sense, God aimed that hurricane exactly at the part of America that was most vulnerable—that is, the place that has low social capital and ineffective government.

Now, that sounds very much like I am endorsing a blaming of the victim. I’m not, because I think there’s a historical reason why there is such low social capital in that area, and that is that it’s the remnant of slavery. It’s not an accident that the places in America that have had really, really low levels of social capital are the places where the worst kind of slavery was most entrenched during the 18th and 19th centuries, and then afterwards the period of reconstruction and post-reconstruction re-emphasized a kind of race-based caste society. That history does help to explain why there were low levels of social capital.

GG: So if the hurricane had hit an area where there was greater social capital, what would a more effective social response have looked like?

And the second thing is that I would hope there would have been more of a sense of solidarity and shared citizenship. And what that means concretely is that, if there was a hurricane that hit Minneapolis, the folks in St. Paul wouldn’t have been standing with guns on the bridges across the Mississippi up there, trying to keep the people who were trying to flee devastated Minneapolis from getting into St. Paul. And that’s exactly what happened in New Orleans.

GG: The large amount of private charitable donations people have made to Katrina victims is about the same as after September 11—about $2.8 billion nationally. I wonder if you can make some distinctions between those types of private donations and what it takes to build social capital. What else can people do?

RP: You’re never going to get me to say that people giving to causes like this is bad. It is good. But it reflects a very well understood social phenomenon, which is that after a tragedy, everybody gets a rush of community solidarity, and community mindedness goes up. And that’s true after a flood or a hurricane or a snowstorm.

We know that the half-life of those bursts is quite short—after a snowstorm I suppose it’s measured in weeks and after a hurricane it’s probably measured in months, but it goes away. It doesn’t have any enduring effect. After 9/11, that rush of community mindedness seems to have gone away pretty quickly. It’s not like we became entirely different people after 9/11.

Indeed, the only case that I’m aware of in American history where a rush of solidarity like that didn’t go away is the rush that came after Pearl Harbor. The rush of the sense of solidarity that was created by World War II among the young people then basically never went away. That’s where we got “the greatest generation.” That’s where we got what I call the great civic generation. Those kids were growing victory gardens and collecting tin cans and so on—all those practical daily things. I don’t mean just giving money. The practical daily things that people did to express their social and national solidarity between 1941 and 1945 permanently marked that generation as people, and they kept giving all their lives. They gave more blood and they gave more time and they gave more money and they voted more and they joined more and so on, and that’s what it looks like when it’s a big sea change.

GG: After Katrina, do you see the potential for that kind of sea change? Do you think there will be any long-term rallying effect on Americans in increasing a sense of national community?

RP: Well, if I’m realistic, I have to say that I don’t think now that Katrina itself is likely to have that effect. It’s not that I’m deeply pessimistic about the future of America, actually. I think that particular train left the station and we weren’t on it. But in the long run, I think that Americans are likely to move more decisively against a more Gordon Gecko, “greed is good” set of values. And I think that will come because of longer, deeper pressures. People want to be connected. If they didn’t want to be connected, you would have never heard of me, because you would have never heard of Bowling Alone. The only reason anybody has heard of me and Bowling Alone is because a lot of people in their personal lives felt disconnected.

So in the long run, I’m optimistic. And I think there is some evidence of an enduring 9/11 effect on young people—that 9/11 did trigger a new sense of social awareness and political awareness and solidarity and so on. And that’s a very positive social development. It does not mean that we all of a sudden start Bowling Together again, because the mass of American adults no longer shows any effects of 9/11 on their social attitudes. But people who were in high school at the time of 9/11 do. So that 9/11 effect, if it persists, could mean that several decades from now we’ll more effectively recognize the ways that we’re falling short of our national ideals about this being one community, one country—not class-fractured.

GG: So if people can in any way help foment that shift and want to do something beyond giving to the Red Cross after Katrina, how can they act on a heightened sense of solidarity?

RP: I think what we really need to do is focus on young people. They’re the ones who are most likely to be affected by these things. And that means focusing on service learning and various sorts of civics classes—both in school and out of school, a much heightened focus on encouraging young people not just to feel but to act on altruism.

What we’re really looking for here is a more heightened sense of “we”—that we really are in all of this together. And Katrina is sort of a lesson of “this is what it looks like when we’re not all in this together.” As I say, I focus my efforts very sharply on young people because we know—not only from the 9/11 case but from the World War II case—that those are the people who are still trying to make sense of the world. We have an obligation to make them see that the rush of a sense of solidarity that’s embodied in the donations should reflect a deeper sense of national identity.