To get the most inspiring events of 2012, we polled our staff, our readers, and researchers associated with the Greater Good Science Center. And here’s the answer we got: crickets. At first, our staff and supporters drew a blank.

We shouldn’t be surprised. Even people investigating the brighter side of life are subject to negativity bias, the natural tendency for humans to remember the bad things in life better than the good.

That’s why lists like this one are so necessary: To correct for that bias and help us remember acts of human goodness, sometimes in places where we least expect them. 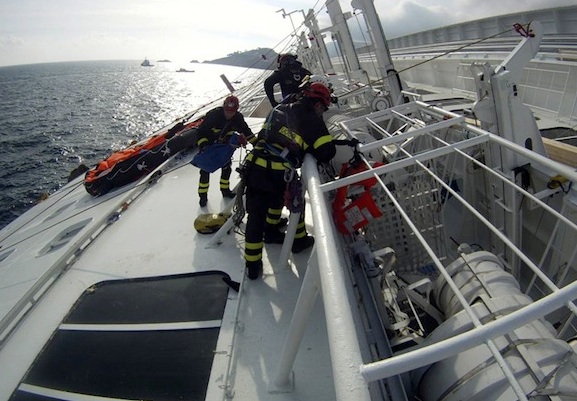 Heroism on the Costa Concordia

The sinking of the Italian cruise ship in January is remembered for the disgraceful behavior of its captain. This obscures many acts of heroism, such as the musician who gave up his life so that a child could take his spot on a life raft or ordinary passengers who used their own bodies to form human ladders. Then there were rescue workers, like the ones in this photo, who risked their lives to find survivors. (AP Photo/Gregorio Borgia) Learn more about heroism on the Costa Concordia. 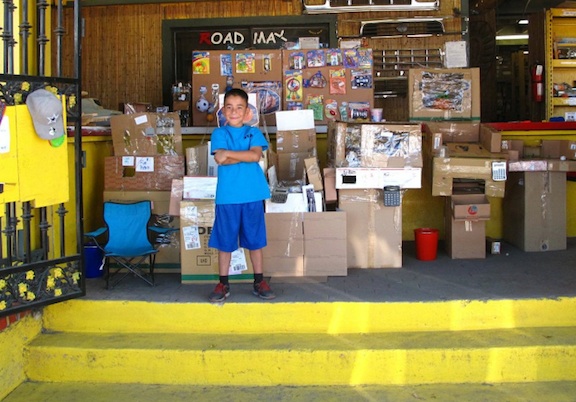 Caine Monroy is a nine-year-old kid who runs a homemade cardboard arcade out of his dad’s used-auto-parts store in East Los Angeles. When filmmaker Nirvan Mullick posted his 11-minute film about Caine’s arcade in April, millions watched it—and they contributed hundreds of thousands of dollars for a scholarship fund. Learn more about Caine’s Arcade. 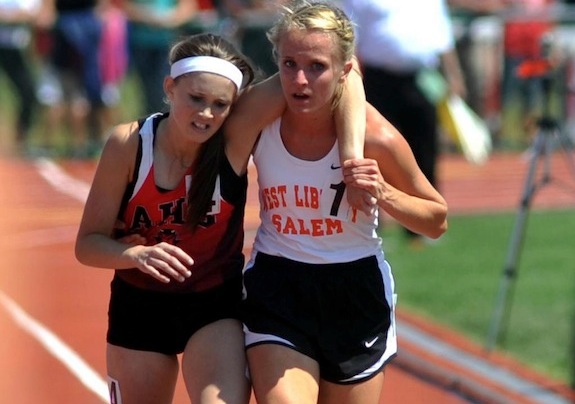 With 20 out of 3,200 meters to go, Arden McMath collapsed in front of Meghan Vogel, a junior from West Liberty-Salem High School in Ohio. Instead of running by her, Vogel helped McMath to her feet and carried her across the finish line. (AP Photo/Mike Ullery) Discover five ways to raise kind kids. 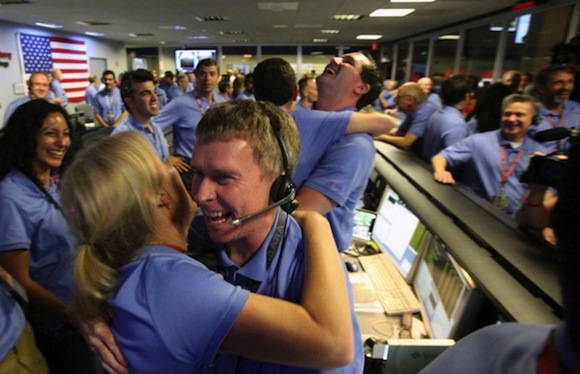 It was an unforgettable moment in August: When the rover Curiosity successfully landed on Mars, the control room at the Jet Propulsion Laboratory erupted in an expression of joy at their collective accomplishment. Learn why team victories can feel better than individual ones. 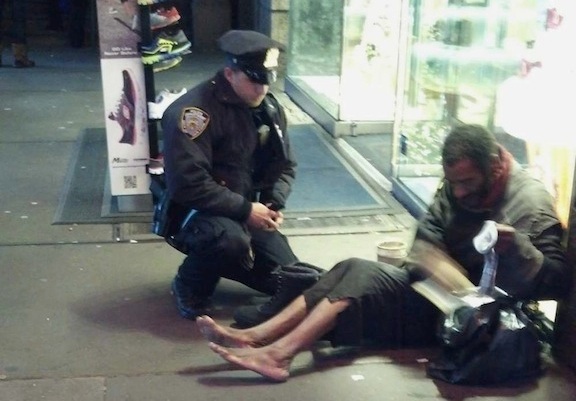 When NYPD Officer Lawrence DePrimo brought a new pair of shoes to a man who needed them, he didn’t know tourist Jennifer Foster was taking his photo. “I knew what I was looking at,” said Foster on the Today show. “I knew it was remarkable.” Learn more about the rewards of giving. 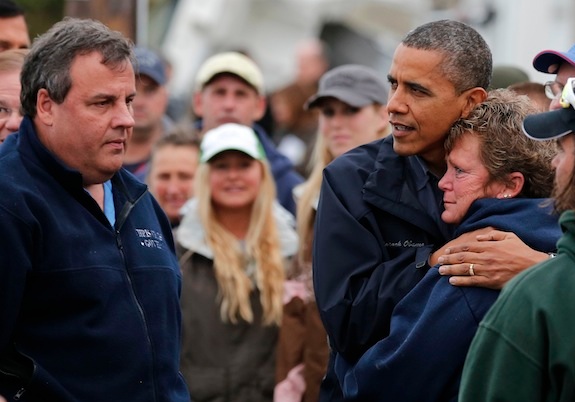 Obama and Christie come together after Hurricane Sandy

At the height of a highly partisan election, millions embraced this photo of New Jersey Governor Chris Christie, a Republican, and President Barack Obama, a Democrat, comforting Hurricane Sandy survivors together. (Reuters/Larry Downing) Discover how science can heal a divided electorate. 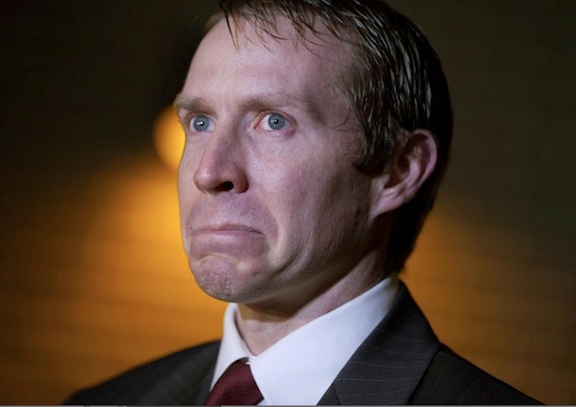 After the December 14 massacre at Sandy Hook Elementary School, Robbie Parker, father of one of the murdered children, offered comfort and forgiveness to the family of shooter Adam Lanza. (AP Photo/David Goldman) Read four reminders of human strength and goodness after Sandy Hook.

Have you ever wondered why we find images like these so inspiring? In his classic Greater Good essay, “Wired to be Inspired,” psychologist Jonathan Haidt describes a series of experiments that reveal how contagious “elevation” can be—and the mental and physical health benefits it can bring. More recent studies have confirmed his findings—and extended them, as when one study found that seeing inspiring images can produce measurable behavioral changes:

We hope these images will inspire you to do some good in 2013! 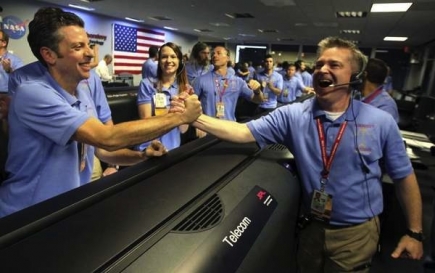