But neither of those made the cut. In fact, I didn’t mention any profession at all.

I said that when I grow up, I want to be happy.

Research suggests that the roots of lifelong happiness often do indeed stretch back into childhood. But what’s the right path to help kids like me realize our dreams of a happy adulthood? Is it all about excelling in school? Or does building strong relationships raise our happiness quotient?

A recent study, published in the Journal of Happiness Studies, tackled these questions by tracking kids’ happiness as they matured into adults. According to the results, a happy life is much more about making friends than it is about making the grade. 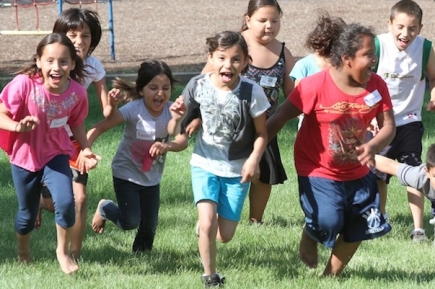 In the study, the authors (all Aussies) followed 804 New Zealanders from childhood through adulthood, taking a total of 15 assessments of the kids over the years, the last at age 38. They were looking for something very specific: the relative importance of social and academic pathways to well-being in adulthood.

To measure social connectedness, they looked at the strength of participants’ feelings of attachment to others, asking questions like, “To what extent do you communicate, trust in, or feel alienated from parents and peers?” They also asked about participation in organized sports, activities, and youth groups.

The researchers also gauged academic achievement from a variety of data points. In childhood, these included language expression and comprehension; in adolescence, it was reading ability, exam performance, and high school completion.

Fast forward to adulthood, which the authors measured at age 32.

They found, generally, that those kids who did well in school and those who had a rich network of connections were happier as adults than those who suffered academically and felt alienated from friends.

What’s more, from the time kids were 15 or 18, being more outgoing, kind, independent, good at sports, and having lots of hobbies—in other words, being more socially connected—was more significant than academic success in predicting later happiness.

“The pathway between adolescent social connection and well-being over a decade later,” the authors write, “illustrates the enduring significance of positive social relationships.”

Compare the social connectedness pathway to academic achievement, and the authors find that the “direct effect of adolescent achievement on well-being was smaller.”

Happiness, as the authors define it, isn’t just about feeling good or having positive emotions. It’s also an ability to deal with difficulties in life, to feel involved in your community, to recognize your own strengths, and to perceive the life you’re living as one that’s meaningful.

That social connectedness is a more direct pathway to adult well-being than academic achievement points to the “importance of parallel investments in the social development of children and adolescents during the school years,” according to the authors.

In other words, families and schools need to nurture kids’ social skills, not just their academic ones. “If social and academic pathways are separate,” write the authors, “positive social development across childhood and adolescence requires investments beyond development of the academic curriculum.”

Along these lines, they go on to propose the development of a “social curriculum” with programs and activities that “enhance social inclusion and connection.” For ideas and techniques to make that happen, please see Greater Good’s education channel!