The scene: the office of psychologist Paul Westin.

“I shouldn’t have come,” says the patient, Laura. “You’d be shocked to know the person who’s sitting here.” She then says she should leave the office because she’s so upset that she’s going to throw up on his rug. 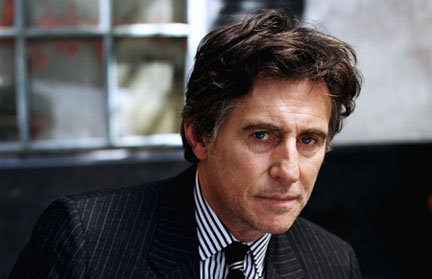 HBO’s television series In Treatment follows Westin, played by Gabriel Byrne, and his therapy with four patients. The show is fiction and far from perfect, yet I found aspects of it true to my own experience as a therapist. The same goes for HBO’s The Sopranos, which ended its six-season run in 2007. That series famously depicts the complex relationship between psychiatrist Jennifer Melfi and her patient, mobster Tony Soprano.

As both series accurately reveal, psychotherapy is a high-stakes endeavor. Part of what makes for good therapy is what makes for good literature or good drama: bearing witness to the irreconcilable aspects of ourselves. For example, in The Sopranos, Tony is not only a murderous criminal, he is a dedicated father. His wife Carmela is a caring friend and loving mother who also uses her husband’s “blood money,” as her psychiatrist says, to fund her expensive lifestyle.

Both The Sopranos and In Treatment demonstrate that people don’t typically walk into therapy and lay it all on the line in the first few sessions. Before showing who they really are, they need to be reassured that it’s safe. In numerous studies, psychoanalyst Joseph Weiss and colleagues showed that patients constantly and unconsciously test their therapists to see if it’s safe to reveal themselves to him or her, a finding that is certainly consistent with my experience.

We can see this tricky dynamic at work in the exchange between Laura and Westin. Westin’s rug is a metaphor for psychotherapy and the environment that good therapists try to create with their clients. When Westin reassures her that she can throw up on the rug if she needs to, he puts a stake in the ground that he can tolerate, embrace, and help her understand all the parts of her that she finds the most confusing and shameful.

Laura later tests Westin by revealing that she has fantasized about having sex with him. She feels comfortable upping the ante at this point because he has passed the tests that she posed earlier (the rug exchange being just one of them).

“I’m your therapist,” he replies stiffly. “The parameters and the limitations are established and ethically defined.”

“How can I go back to my life when the only thing that matters is you?” she says. “I feel like I came in the dark and I’m leaving in a bigger darkness. What do I do?”

She leaves Westin in the darkness as well, which is part of the show’s appeal: The therapist is not omnipotent. We sense his uneasy awareness when he has mishandled a test and failed a patient in some way. We see him struggle to find the right words and attitude, and observe that he doesn’t always succeed—not only with his own wish to help Laura, but, in later episodes, with his own conflicted attraction to her.

Indeed, the humanity of the therapist is part of today’s pop cultural zeitgeist: We see both Westin and Melfi go to their own therapists while struggling with personal dilemmas. One might suppose that this iconoclasm can undermine faith in the therapeutic process—doctors have long cultivatedan air of authority designed to reassure patients. But in fact, some of my own clients have told me that Westin’s struggles, and his need for his own therapist, made them feel less ashamed of their inadequacies and their own need for therapy.

As both The Sopranos and In Treatment demonstrate, psychological health doesn’t necessarily mean that you rid yourself of every destructive, selfish, or murderous impulse that you have. It can be just as much about understanding, developing, and embracing the contemptuous or aggressive aspects of your personality—not only because those emotions are in there, but because understanding and accepting those parts of ourselves gives us more definition and edge.

Good therapy gives us the courage to have a look around the contents of our minds without getting too freaked out about what we find there. However, therapy doesn’t just proceed on the basis of whether the therapist passes tests or provides good modeling or expert advice. As these shows demonstrate, therapists have to prove that they can nurture and accept clients in their sometimes troubled and contradictory state of existence in order to bolster their ability to accept and love themselves; it is through this experience that therapy gives clients the space to look at themselves with a little more compassion and a little less shame. And that small change can make a huge difference in the kind of life one decides to lead.