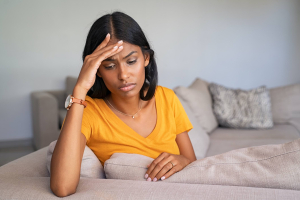 You might feel a variety of emotions—surprised, shocked, or upset. Experiences such as this—ones where we are insulted, belittled, or made to feel invisible—can even leave us feeling less than fully human. This, in turn, can cause us to feel sadness and shame.

How can we avoid this cascade of negative feelings? According to a recent paper in the Journal of Personality and Social Psychology, one potentially surprising way to feel rehumanized is by forgiving the person who hurt you.

In one experiment, 546 participants were asked to write about a time when they had been wronged by someone else. They wrote about a variety of events, such as being the recipient of a mean-spirited joke, being belittled or insulted, or experiencing infidelity in a relationship.

Participants were then asked to write a letter to the other person. Some were invited to forgive the person, while others were instructed to get back at them—in other words, to get revenge. Writing the letter was optional.

After writing a forgiving or vengeful letter, people rated their own self-humanity, the sense that they had human traits such as intelligence, warmth, and morality, by considering statements such as “I felt like I was open minded, like I could think clearly about things” and “I felt like I was emotional, like I was responsive and warm.”

For people who wrote a letter expressing forgiveness, the researchers found that their levels of self-humanity were higher than people who wrote a revenge letter. Additionally, those who forgave reported lower inclination toward self-harm.

In other words, forgiving has benefits for those of us who have been hurt. As the researchers suggest, “These benefits are especially meaningful because forgiving—although not easy—is under the control of the victim to give unlike, for instance, an apology from a transgressor.”

The researchers saw similar findings in another experiment with college students, who imagined a scenario where a coworker insulted their work presentation. Even just imagining this hurtful interaction decreased their feelings of self-humanity, compared to those who imagined a positive interaction with a coworker. However, after they imagined forgiving their coworker, their levels of self-humanity increased again, as high as those of students who hadn’t imagined being insulted at all. But when students imagined taking revenge by excluding their coworker from a party invitation, they remained dehumanized by the imagined insult.

Why was forgiving beneficial? Although there are many possible explanations, the researchers suggest that one possibility is that forgiving helps us to see ourselves as moral. In fact, the more students saw their actions as moral, the less dehumanized they felt.

Of course, not every offense is one that we will feel ready to forgive. And there is an argument to be made that perhaps some offenses are severe enough that they shouldn’t be forgiven readily, especially if the perpetrator isn’t remorseful (some research suggests that the benefits of forgiving may depend on whether the perpetrator has apologized). However, this new study points to situations (especially those petty grudges we’ve been holding on to for too long) when forgiveness has benefits—to ourselves.

So, how should we go about forgiving, if that’s not something we’re in a regular habit of doing? Karina Schumann, associate professor at the University of Pittsburgh and lead author of the paper, points out that there’s a difference between forgiving the person and condoning what they’ve done. “Forgiveness is not condoning the original offense,” she says.

One way to go about forgiveness, Schumann explains, is to think about the context that might have caused someone to act the way they did. Psychologists have found that we tend to attribute our own behavior to situational factors but attribute other people’s behavior to their dispositions. In other words, we think that if we were rude, it’s because we were hungry, stressed, and tired, but that rude stranger in the grocery store was just a jerk. Trying to rethink our assumptions—and extend empathy to what the other person may have been going through—can be a good first step to forgiveness.

It’s also worth noting that you can write a forgiveness letter without committing to sending it. In this study, people benefitted just from writing the letter, even without sharing it with the recipient.

Deciding whether to forgive can be a complex process—and Schumann points out that people should never feel pressured or rushed to forgive. However, when we are ready to extend forgiveness, research suggests that doing so may help to restore our feelings of humanity.